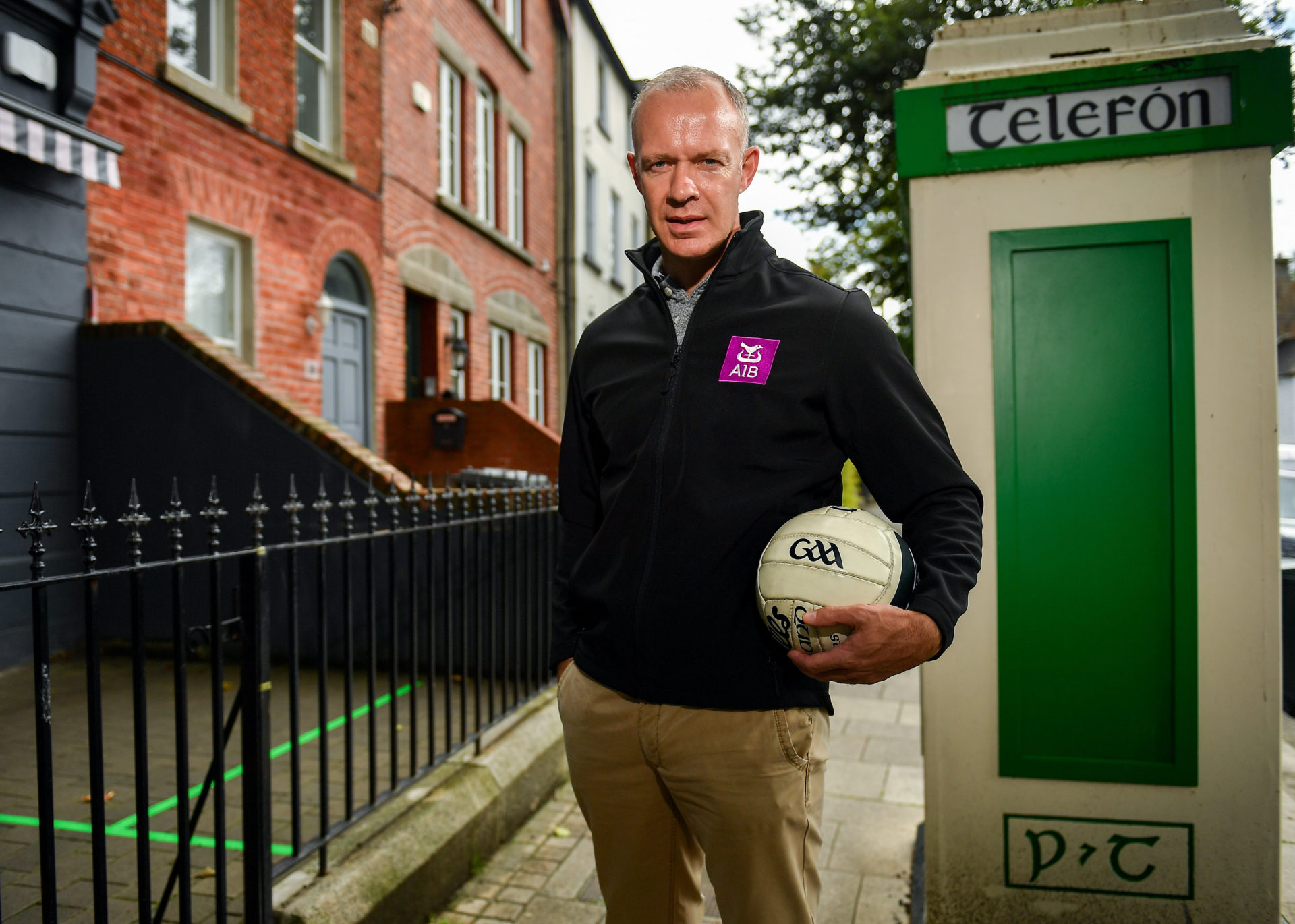 Former Mayo footballer David Brady at the launch of AIB’s The Toughest Summer, a documentary that will tell the story of Summer 2020, which saw an unprecedented halt to Gaelic Games. Picture: Seb Daly/Sportsfile

David Brady has said that any county team with a player who tests positive for Covid-19 should no longer be allowed to partake in the upcoming inter-county championship. The former Ballina and Mayo midfielder said that the risk is too great and the time-window in which the championship will be played too narrow to allow a positive case to disrupt the schedule and potentially expose other players and teams to the virus.
Brady referenced last Sunday’s Michael Walsh League match between Garrymore and Moy Davitts, which was cancelled after one of the Moy Davitts players showed what turned out to be non-Covid symptoms, as an example of the decisive action that will be required at all levels of the association as the restart gathers pace in the coming weeks.
“I think that was excellently handled by both clubs,” he said. “I didn’t see anyone complaining that the game should have gone ahead or that it should have continued on without that player.
“If that was a county game, for example Mayo playing Galway, and one of the players did have signs and symptoms, then I couldn’t see that team competing the following week. That throws the whole schedule out of sync.
“You could have an instance where that team is no longer in the championship, because you can’t then say we have to wait for the test to come back, was there anyone else in close contact, which they are once you’re in a training session.
“Let’s be realistic; spatial awareness and social distancing can’t be maintained in a training context, and especially in a game context. You can’t have teams with four guys to a ball and keep them two metres apart without some physical contact in a training situation. I think clubs are really going to set an example of what we might have over the coming weeks in the club championship but also on the county scene.”
Brady went on to state that if there is a positive case of Covid-19 detected in a county player, he sees little option but for that player’s team to be ruled out of the inter-county championship, which is due to begin at the end of October.
“I would like to see guidelines and an official line where, if it is the case that there is a potential Covid case within a county team, unfortunately, that county will no longer be unable to partake in the championship,” he said.
“Once the county championship starts, it’s going to be flat-out. It’s week-after-week and game-after-game, and when we look at it from a scientific perspective, the kind of indolent disease that you have with Covid, the first seven to ten days is when the disease is at its most spreadable, but the signs and symptoms don’t appear until after such time.
“So I don’t think we can take chances. It’s so vital that we get the club championships and the county championship run in the most efficacious but also the most safe environment possible.
“I wouldn’t bat an eyelid, whether it’s my own county or any other county that’s deemed a threat, not to the other teams, but to their own teams. Because of that close proximity of someone having Covid internally in a club or county team, I don’t think there any place for that team in a championship.”
Brady was speaking at the launch of AIB’s The Toughest Summer, a documentary that tells the story of Summer 2020, which saw an unprecedented halt to Gaelic Games.