‘Why should the actions of a few eejits in Dame Lane in Dublin mean rural pubs have to stay closed?’ 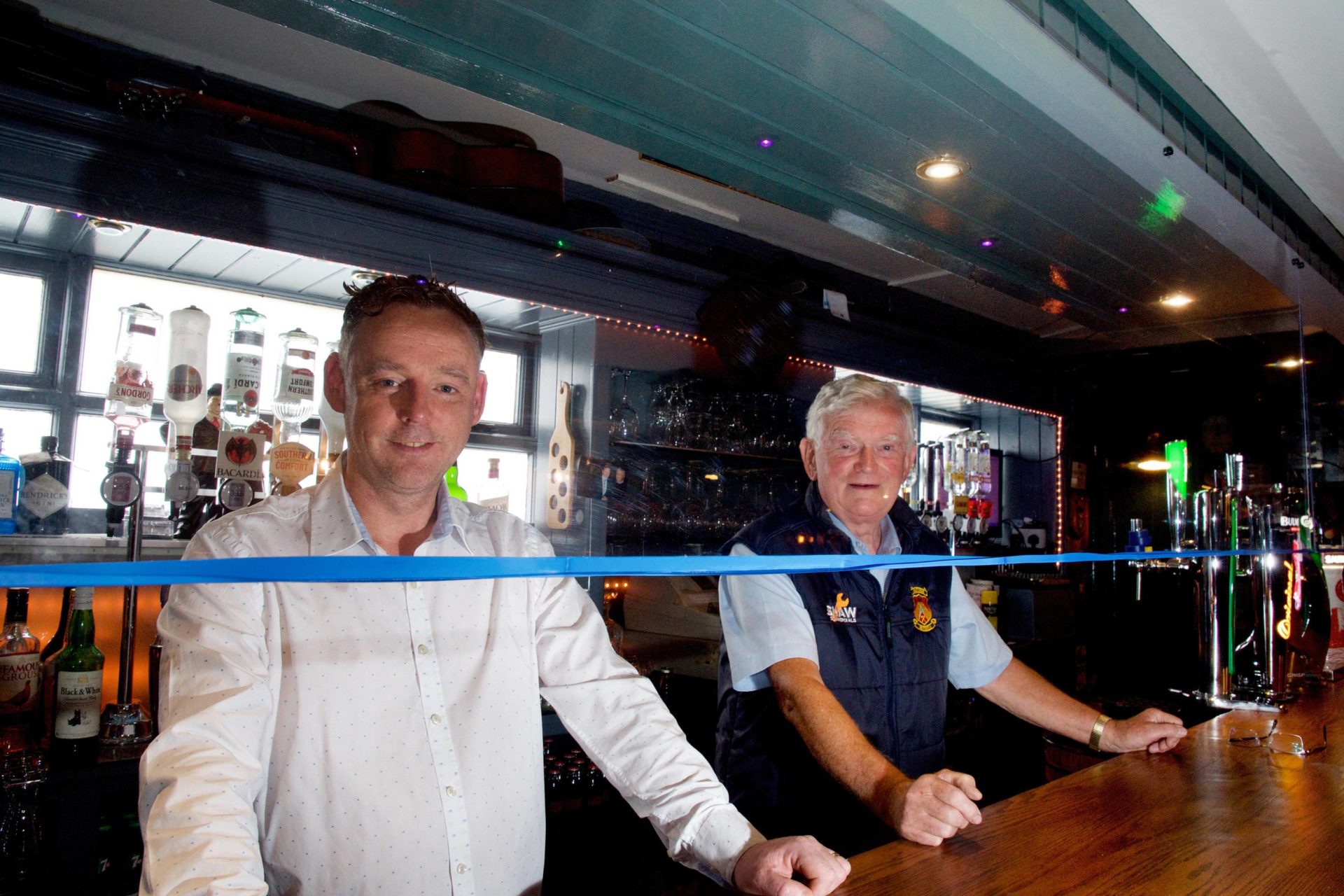 Dermot and Adrian Coady in their Castlebar pub. The pair had been all set to start pulling pints behind perspex last Monday before the decision to change the re-opening date for pubs. Picture: Alison Laredo

Mayo publicans have been left disappointed and dejected by the late decision to postpone the re-opening of licenced premises until August 10.
Pubs and nightclubs were due to reopen last Monday but the Cabinet has decided t0 push back the date over fears about the rise in coronavirus cases, as well as limits on the numbers of people allowed in indoor venues. Central to the Government’s concerns is the rise in infections among younger people who are more likely to go to pubs or attend mass gatherings.
“We’re very disappointed with the way we have been treated,” said well-known Castlebar publican Mick Byrne. “It reminded me a bit of the budget where you are just drip-fed information,” he added.
Mr Byrne said 40% of the year has been wiped out for the trade and feels pubs that were shut have been penalised for the actions of others.
“Why should the actions of a few eejits in Dame Lane in Dublin mean rural pubs have to stay closed?” asked Mick.
He said the pub trade “took it on the chin” and closed their doors at the outset of the outbreak but now fears it could be long after August 10 before pubs that don’t serve food will be pulling pints again.
“A good friend of mine was joking a few months ago that we won’t open until Christmas. I’m beginning to think now that he might be right. It’s just heartbreaking,” said Mick. 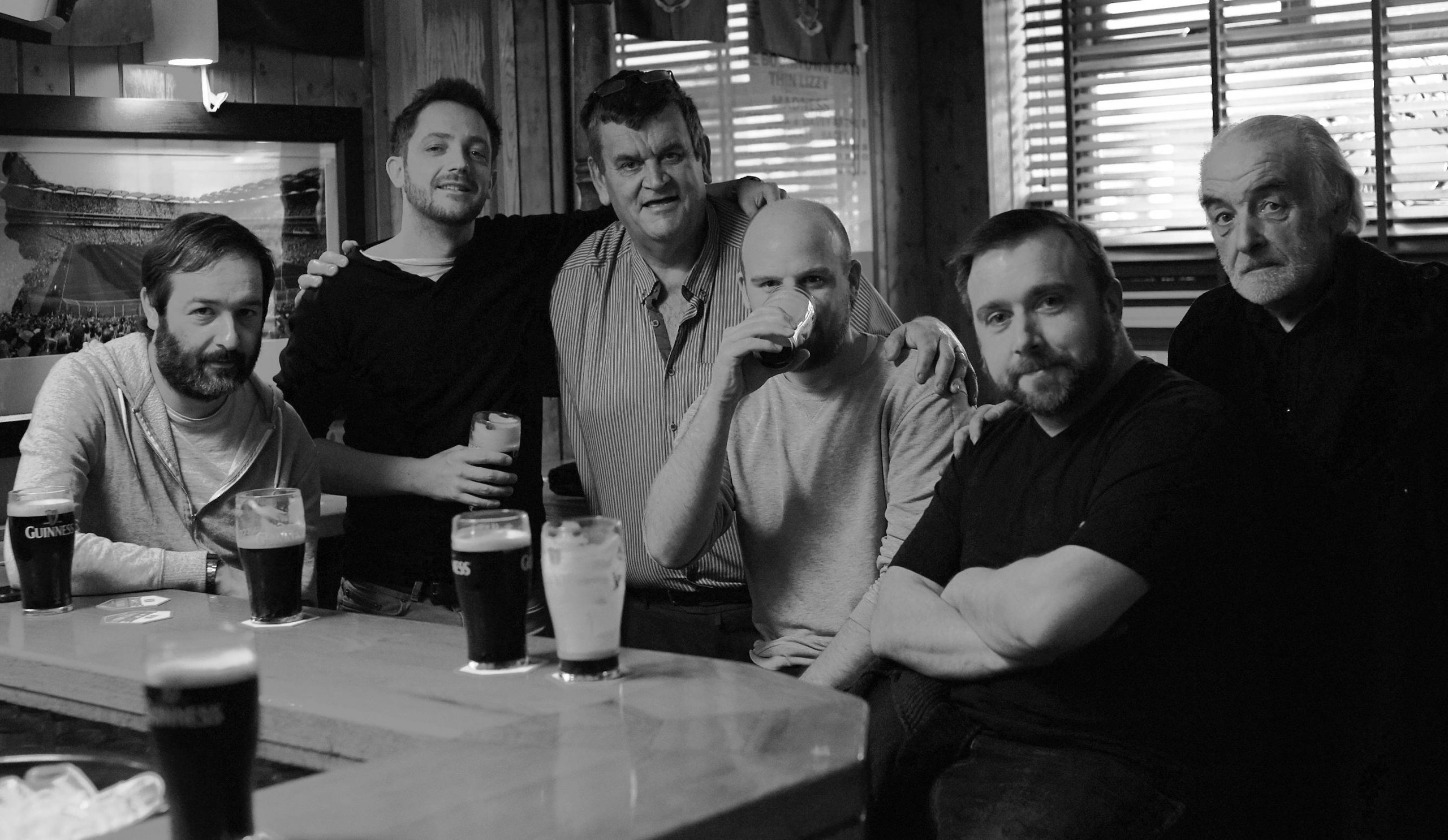 Mick Byrne (third from left) in his legendary pub in Castlebar.

Coady’s bar on Linenhall Street in Castlebar has had a countdown display on its window counting down the days to July 20. Owners Dermot and Adrian Coady had to reset the clock last week.
“We’re very disappointed,” said Dermot. “We were stocked up and ready to go. We have spent a lot of time and money getting the place ready for social distancing. Our customers are really disappointed as well. People don’t want to be spending the whole day on the stool they just want a chance to meet up with friends again,” he added.
The publican said stories circulating of some already opened pubs ‘bending the rules’ rubs salt into the wound.
Rachel Cresham runs The Cobweb pub in the county town.
“The timing of the announcement was the worst thing. I took a delivery three hours before we learned we wouldn’t be able to do a thing,” said Rachel.
She said the lack of guidelines for pubs is maddening.
“It’s a logistical nightmare for everyone. Not just the pubs, but the brewers and suppliers as well,” said Rachel.
She too is concerned that the re-opening date could be pushed back further.
“I have my doubts about whether we will be back open on August 10,” said Rachel.
The bar owner said her regulars are anxious to return.
“I have been talking to a lot of regulars on the phone and they have been ringing me over the last few weeks and months which has been lovely but it’s not the same.
“My phone was hopping before I even got a chance to see the announcement myself. It’s the social interaction that people miss,” said Rachel.