How beekeeping became a tradition in post-Famine Mayo 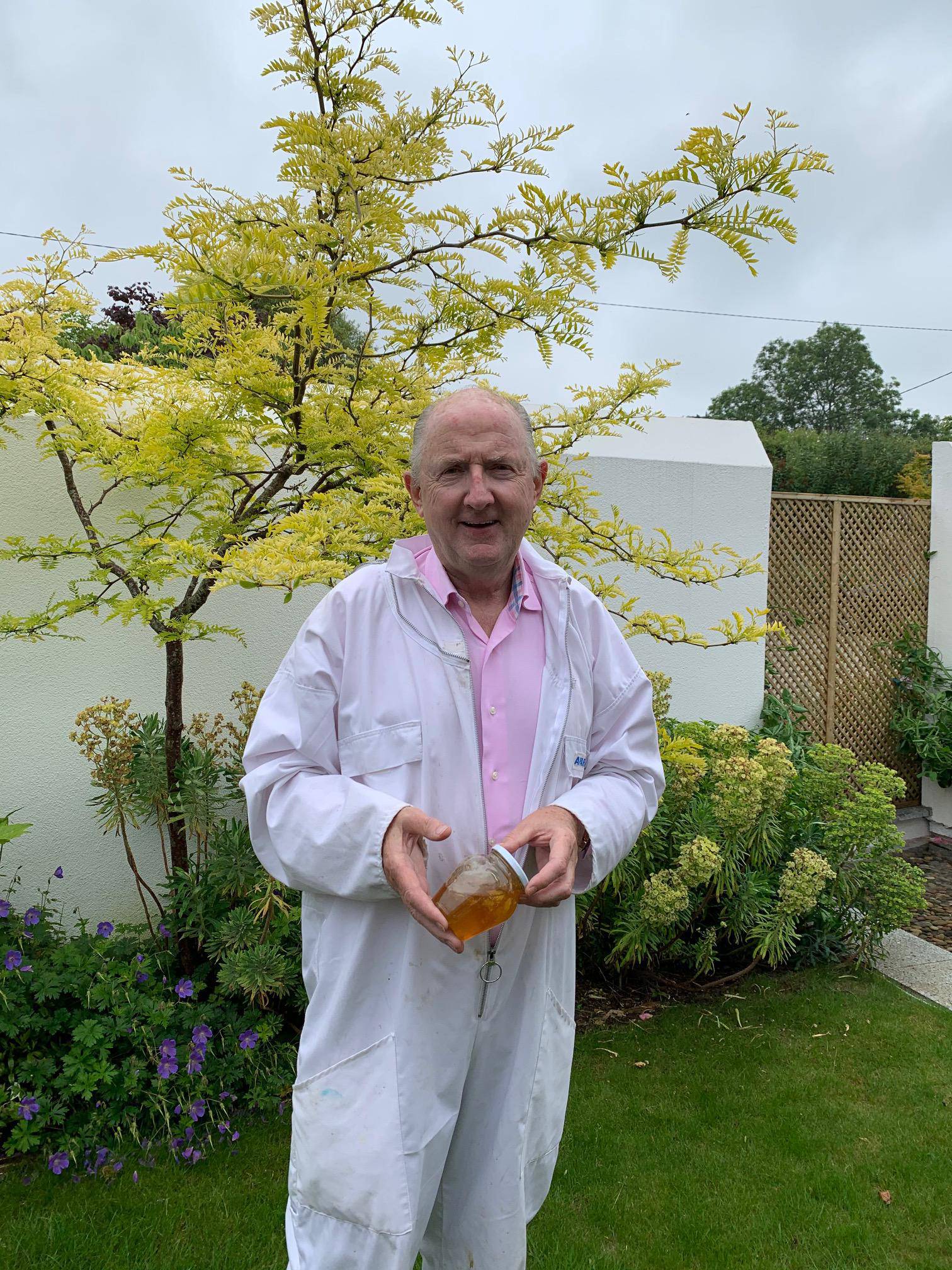 Kiltimagh native James Morrissey has penned, The Bee’s Knees, a book dedicated to one of nature’s most fascinating and important creatures.

BY KEITH BOURKE
A Mayo man’s lifelong obsession with bees has culminated in a fascinating book about the winged insect.
Kiltimagh native James Morrissey is an award-winning journalist and one of the founders of the Sunday Business Post. He now runs his own communications firm and is the author of several books but it’s the honeypot appeal of the humble bee that stung him into his latest project, The Bee’s Knees.
“Growing up in Kiltimagh, we always kept bees at home. Beekeeping has a long tradition in certain parts of Mayo and indeed right along the western seaboard going back to post-Famine times,” James told the Western People.
A forward-thinking East Mayo priest developed the buzz for bees in Kiltimagh.
“There would have been three or four families when I was growing up in Kiltimagh that would have kept bees. The practice was passed down from generation to generation.
“There was a visionary priest in Kiltimagh called Fr Denis O’Hara and he was involved in the Congested Districts Board which was an organisation set up in the 1890s to try and help the West. He believed beekeeping would be one of the projects that would help people in the parish of Kiltimagh to earn some money from their farming and agriculture endeavours,” explained James.
An avid beekeeper, James has hives in Connemara and his Dublin home. He believes those who choose to keep bees are a rare breed.
“There are two groups of people that I believe are different from all others I have met in my life. One is beekeepers and the other is lighthouse keepers. There is something that is other-worldly about them. Beekeepers tend to be incredibly gentle and sensitive to and at one with nature at a level that I find quite fascinating,” he said.
During his newspaper days, James discovered that Hollywood star Richard Burton was a kindred spirit.
James met the Welsh actor while he was filming a movie in Ireland and as the pair enjoyed breakfast together, the famously hell-raising thespian quizzed a flummoxed waiter as to where the honey on the table came from. Burton was sated when the chef emerged from the kitchen to inform the star that the honey was harvested from a hive in his back garden.
“He (Burton) said, ‘You know the world has turned its back on bees and they are so, so important.’ I’ll always remember that,” said James.
The insightful and entertaining book shines a light on exactly what goes on in hives and the means of communication used by bees including ‘the waggle dance’, a flamboyant display designed to show the other bees where nectar is located.
It addresses the ecological importance of the oft-misunderstood creature and acknowledges the threat to their numbers. James chats to beekeepers and explores some of the wonderful places where hives are located including the top of the GPO in Dublin and in Glenstal Abbey where Fr Simon Sleeman talks to his bees every day.
“Bees can be kept anywhere and everywhere,” said James.
The book is available in all local bookshops and for those elderly readers who may not be out and about too much these days, it can be ordered from www.mayobooks.ie.