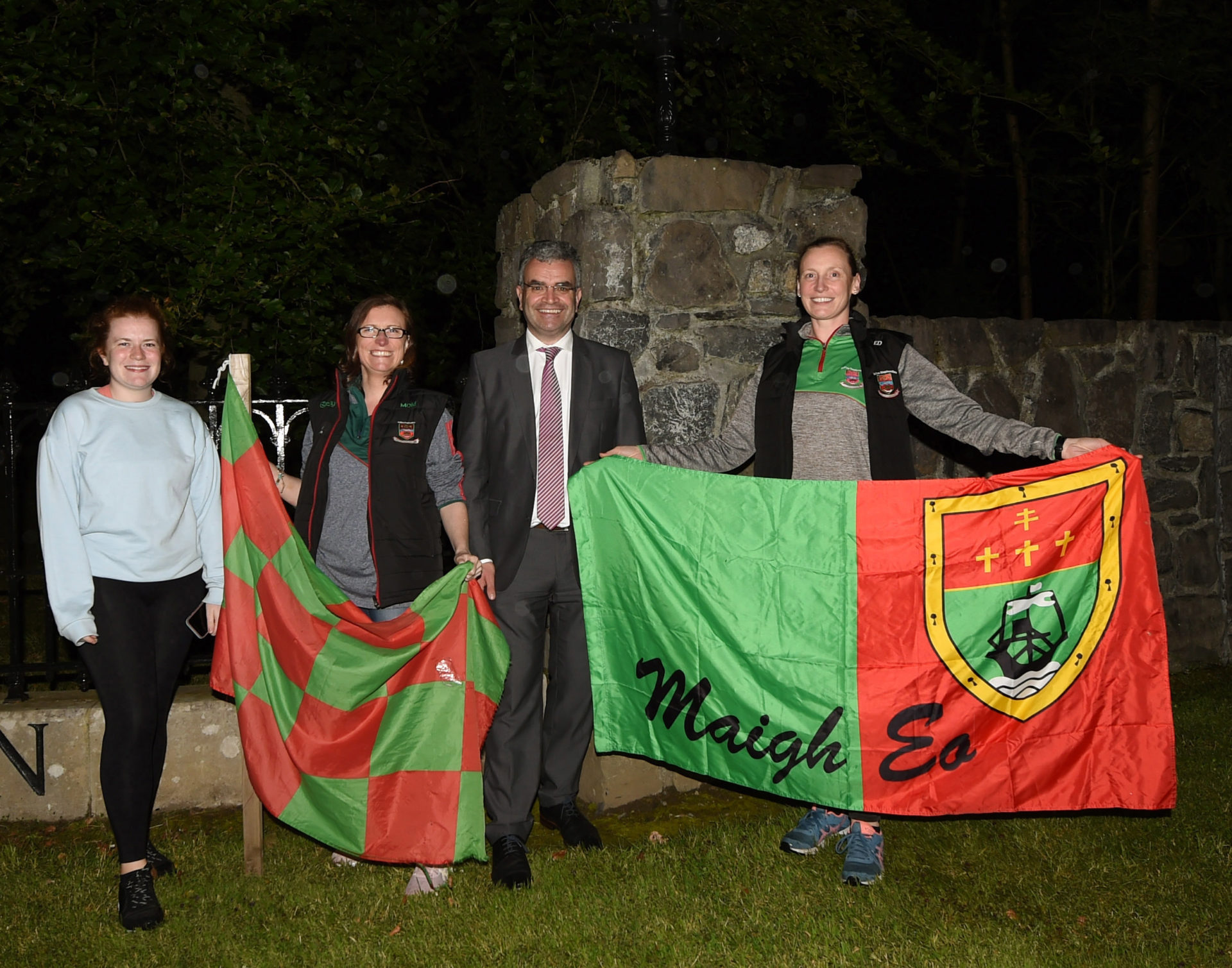 They say a week is a long time in politics but Dara Calleary has seen more drama over the course of 17 days than in perhaps the entirety of his 13 years as a TD.
The Ballina deputy was crestfallen less than three weeks ago following a ministerial snub that shocked the nation and outraged his county.
Understandably ‘angry and disappointed’ following Taoiseach Michéal Martin’s surprise move to deny him a ministry in favour of the Chief Whip post, Calleary handled the affront with admirable dignity and was acclimatising to his new role when the goalposts shifted drastically. Barry Cowen’s bombshell sacking as Minister for Agriculture propelled Fianna Fáil’s deputy leader into the vacant portfolio.
“It’s all been a bit of a rollercoaster. It’s just been an extraordinary three weeks. I’m not sure there are any words that can accurately describe it,” the Ballina man told the Western People.
His delight with the promotion has been tempered by the nature of his appointment and his bond with the man he is replacing. The Callearys and the Cowens have a friendship that extends beyond politics, and the Offaly TD’s family has links with Dara’s hometown.
“I would rather the circumstances were different, very clearly. Barry Cowen is a good friend of mine. But I have a job to do now and have to move on with it. I have been talking to Barry and he has wished me well. The circumstances are very difficult for everyone, particularly for Barry and his family,” said the Dáil’s newest minister.
Cowen’s surprise demotion last Tuesday night led most to eye Dara as the frontrunner for the empty Agriculture berth. However, the events of recent weeks caused the Mayo deputy to stymie his expectations.
“The Taoiseach rang me on Wednesday morning. There had been a lot of media speculation that started on Tuesday night but I have just got so immune to media speculation over the years that you learn not to believe anything until you see it.” 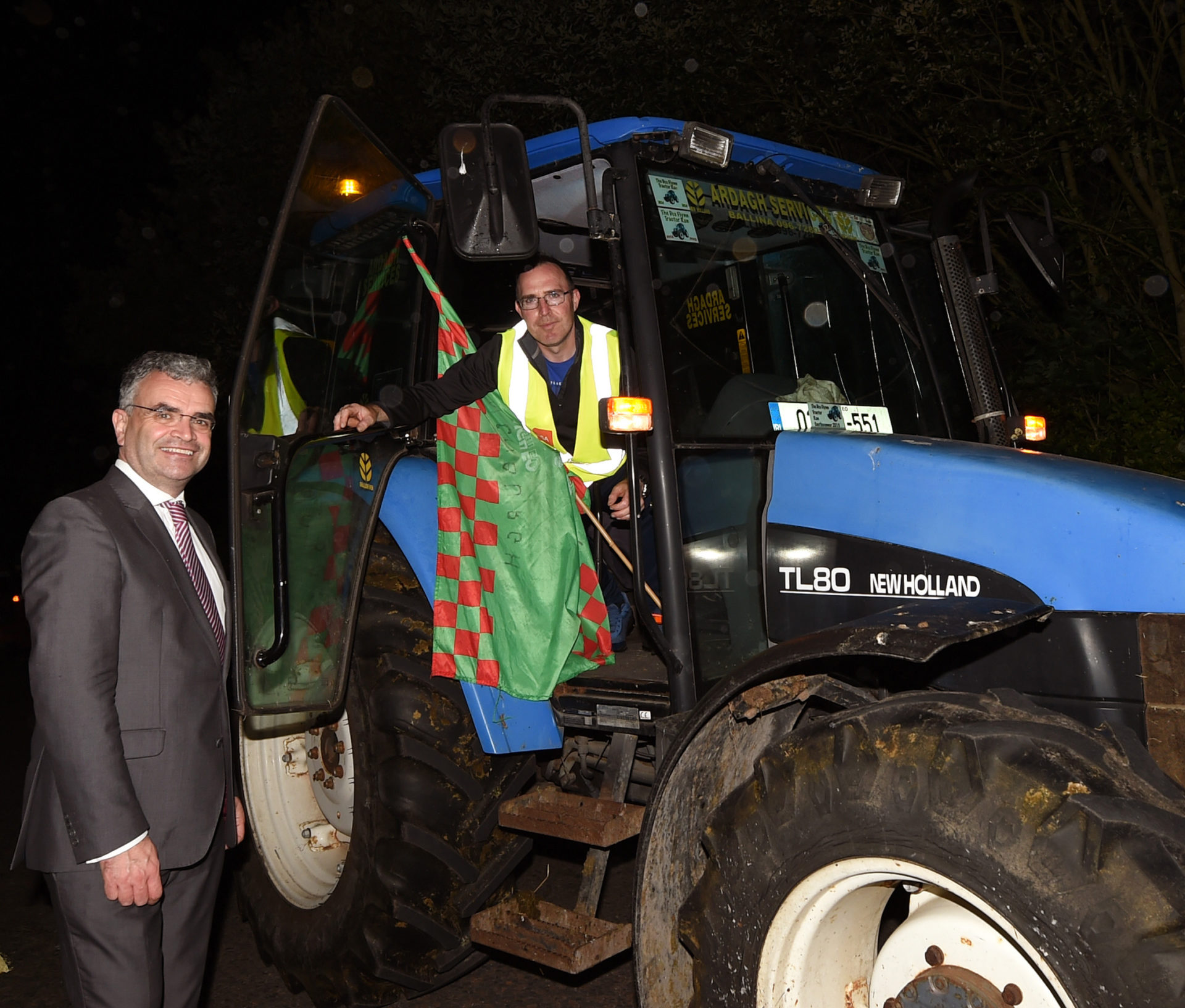 Just a few hours later, Calleary was sitting alongside Micheal Martin during leader’s questions, readying himself for the nomination announcement that was to follow. His cool visage on our television screens belied the emotions that were swirling within.
“It was one of those strange kind of days. You have to keep the poker face as well but it was also a day of reflection and thinking of family and friends, especially those who couldn’t be there and are no longer with us. On my mind were family and supporters who have worked so hard, and just how mad the last few weeks have been. Behind the poker face there was a lot of thinking going on,” said the new Minister for Agriculture, Food and the Marine.
Dara’s late father and mentor, Seán Calleary, has been in his thoughts throughout a tumultuous few months for his party and the country. He feels his unflappable father would have tried to take his son’s very public travails in his stride.
“Dad was quite pragmatic. Dad knew himself the ups and downs and politics. He would have gone with the waves I would imagine.
“We have talked about him a lot over the last few weeks and what he would have been saying to us. But we know he’s still keeping an eye.”
The crushing disappointment of being denied a ministry at the outset would have caused some to buckle and combust. Dara said it was the support of others that kept him afloat.
“The support over the last three weeks that I have got from family, from supporters, from the public generally, has been absolutely phenomenal. So many people have asked me ‘How did you get through it? How did you manage?’ Well, it was that support and outpouring of goodwill from so many people. From people who never even voted for me and would never vote for me. That’s what got me through.”
Minister Calleary said he was just ‘rebuilding’ himself and familiarising himself with the Chief Whip role when everything altered.
“That’s politics. It’s just incredibly unpredictable,” he remarked. 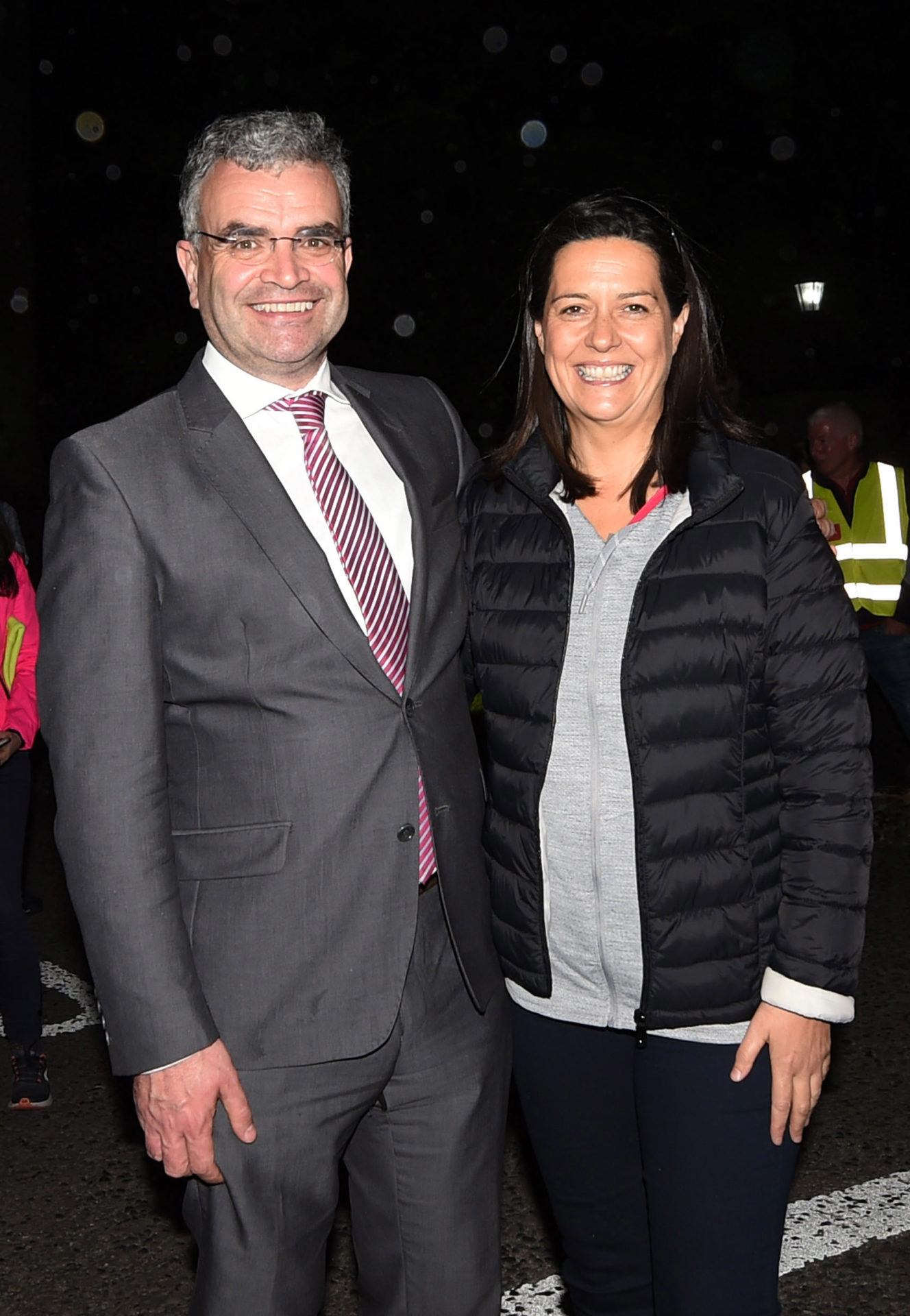 Newly appointed Fianna Fail Minister for Agriculture, Food and Marine, Dara Calleary, T.D. with his wife, Siobhan, on his arrival into Ballina for his homecoming. Picture: David Farrell Photography

The Dara Calleary memoirs could be devoted to just the last few months such has been their turbulent nature. The February General Election saw Calleary retain his seat but party colleague and Mayo running mate Lisa Chamber lost out, and the party fared worse than initially expected.
Covid-19 engulfed the country soon after, and in the midst of the turmoil of the pandemic, the Mayo man was also battling to hammer out a programme for government and convince a suspicious home base of the merits of the deal. A swathe of Fianna Fáil members in the county had been swayed by the prospect of a Mayo minister.
Micheál Martin’s first move was misguided in the minds of the Mayo electorate but how the axis has shifted in recent days. The Ballina Fianna Fáil Comhairle Ceantar chair Matt Farrell summed up the views of many when he told the Taoiseach to keep his snout clear of Mayo’s borders less than a month ago. But the mood has shifted swiftly with Matt and most of Ballina now ready to stick on the bacon and cabbage for the Corkonian.
“I think everyone is going to knock a few chapters out of 2020 in their personal books. It has just been the most extraordinary year for everybody. I have always tried to keep perspective on all of this. We are lucky, we are healthy. So many people have lost their lives and been affected economically by Covid-19,” said Calleary. “Everyone’s 2020 book will have a chapter on recent months. Mine might just be slightly more dramatic than some!” he added.
Agriculture is one of the most high-profile and important front-bench postings. Calleary is acutely aware that recent weeks have not only boosted his profile but ‘accentuated expectations’.
“There is massive pressure with the brief but there is huge potential there as well. We have a meaty challenge clearly from Brexit, which will reveal itself more fully in the comings weeks and months. Then we have to renegotiate the Common Agricultural Policy (CAP). CAP is the source of income for so many families across Mayo and Ireland, and I am going to be very engaged and involved with that.”
The FF TD has hit the ground running and spent yesterday in Brussels meeting his EU counterparts. He expects to be analysed more intensely than some of his ministerial colleagues.
“There will absolutely be greater scrutiny of me. That brings challenges as well but if the scrutiny is fair then I will deal with it,” said Calleary.
He does not believe a lack of a farming background will hinder him in the role.“I have been a Mayo TD for 13 years – you are always exposed to agriculture, food, and the marine. It’s what I then make of the position, based on my life experience and my skills. That’s how I will be judged. I intend to bring my own skills and my way of doing business to the table, and then back that up with the experience and expertise that is available to me.”
Mayo now has its minister and the people of Ballina are thrilled and excited to see the elevation of one of their own. It is the first time the town has had a minister since Paddy O’Toole in the mid-1980s, although Seán Calleary was effectively the full minister at the Department of Foreign Affairs in the late 1980s during a period when the late Brian Lenihan Snr was ill.

Inevitably, a ministerial appointment brings with it an anticipation of delivery for the town and county.
“All I can do is my best and people know that I will do that,” says Dara. “That’s all I can promise. You are not going to please everybody all of the time. I gave up trying to do that a long time ago.
“I don’t have a magic wand and unfortunately, we are facing enormous challenges economically. There are extraordinary challenges ahead of us. But I will do my very best to ensure we get the county, North Mayo and Ballina through those challenges, so we can continue to build the town and invest in the town. I am very proud of where I am from and I will never forget where I come from.”