A Sunday to forget for Mayo League clubs 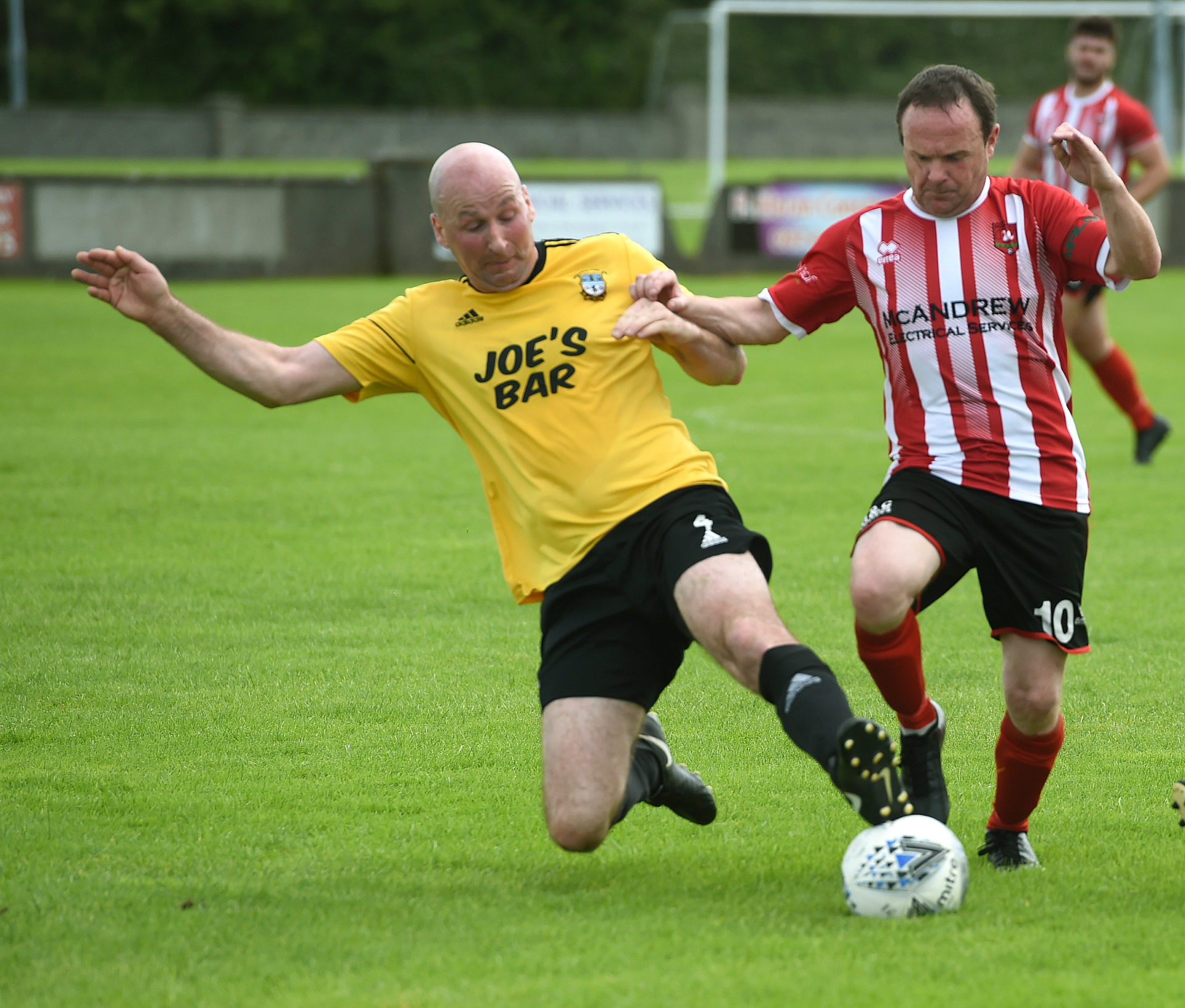 PJ Gibbons of Ballyglass is tackled by Ballinasloe Town’s Mike Lynch during their Connacht Cup Round 5 encounter on Sunday afternoon.

It was a day of hard luck for the Mayo League clubs competing in the latter rounds of the FAI Junior Cup and TP Brennan Connacht Cup and Shield on Sunday.
The main event of the day was in United Park, where Westport United were aiming to return to the semi-finals of the FAI Junior Cup for the first time since they won the trophy in 2005. Standing in their way were Dublin city side Oliver Bond Celtic. Tickets were like gold-dust in Westport all week, with the club going to great lengths to accommodate as many of their loyal fans plus officials and media as they possibly could under the attendance limit of 200 people.
The Dubliners took the lead after half an hour as Sean McManus fired home at the back post but United were back level before the break as Philly Keegan set up Peter Corcoran for a composed finish.
The home side had chances to take the lead in the third quarter, with Corcoran and Darren Browne both going close, but neither side could produce the winner and extra-time was called upon, just as it had been when United faced Aisling-Annacotty at the same stage of the cup last year.
The home supporters’ hearts were broken early in the second period of extra-time, however, as Oliver Bond’s star man Jimmy McHugh squeezed home the winner from a narrow angle. It finished 2-1 and United’s FAI Junior Cup dreams were dashed for another year.
Elsewhere on Sunday, all of Ballyglass, Conn Rangers and Manulla were eliminated from the Connacht Cup in their fifth-round ties. Ballyglass spurned a host of early chances and eventually succumbed 3-0 at home to Ballinasloe Town, Conn Rangers lost 3-1 away to Castlerea Celtic despite taking an early lead and Manulla lost a thriller away to Carbury of Sligo, falling to a 4-3 defeat in a high-scoring duel.
The lone bright spark from a Mayo League point of view came from Kiltimagh/Knock United A, who progressed to the next round of the Connacht Shield with a 5-0 win at home to Moyne Celtic. Iarla Carty, Dylan Webb and John McNicholas were among the goals for United.
The club’s B-team lost out at the same time to Galway’s Colemanstown United, 4-2, while Claremorris B also made their exit with a 4-3 defeat to Corofin.