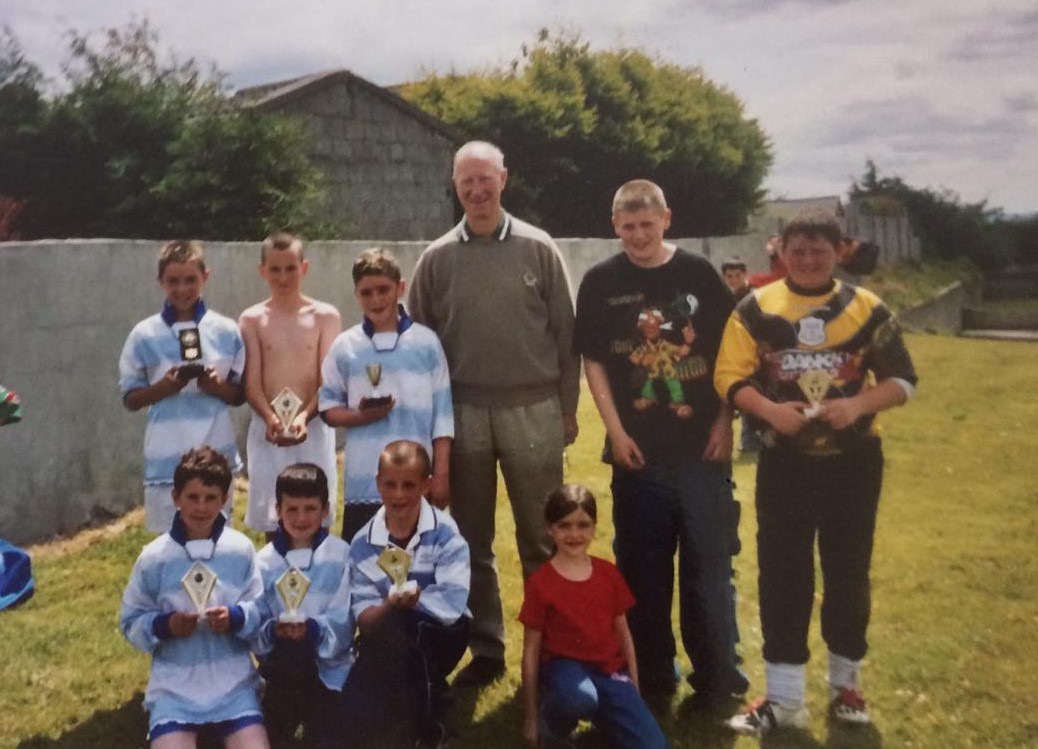 Jack Charlton pictured with the team from Dolmen View after their victory in the Ballina Town League tournament in the summer of 2002.

Almost everyone in Ballina has a story of the late Jack Charlton, whose connection with the town was a long-established and cherished one. One Ballina resident, Liam McDonnell, shared his memory of the time Big Jack stepped in to referee the final of an under-10 Town League.

Back in the summer of 2002, Liam’s son Mark, then aged 10, organised with his friends to host a football tournament between children from the various estates of the town. The McDonnells lived in Dolmen View, whose Green became the official host venue for the tournament, while teams were also entered from Childers’ Heights, Moy Heights, the Common and the Park, amongst others.

The organisers gathered €2 from each of the competing kids and used the money to head down to Gerry Kenny’s Sports and buy trophies and medals for the winners. The five-a-side tournament ran over a period of about three weeks until only the host side, Dolmen View, and Childers’ Heights remained to battle it out in the final. 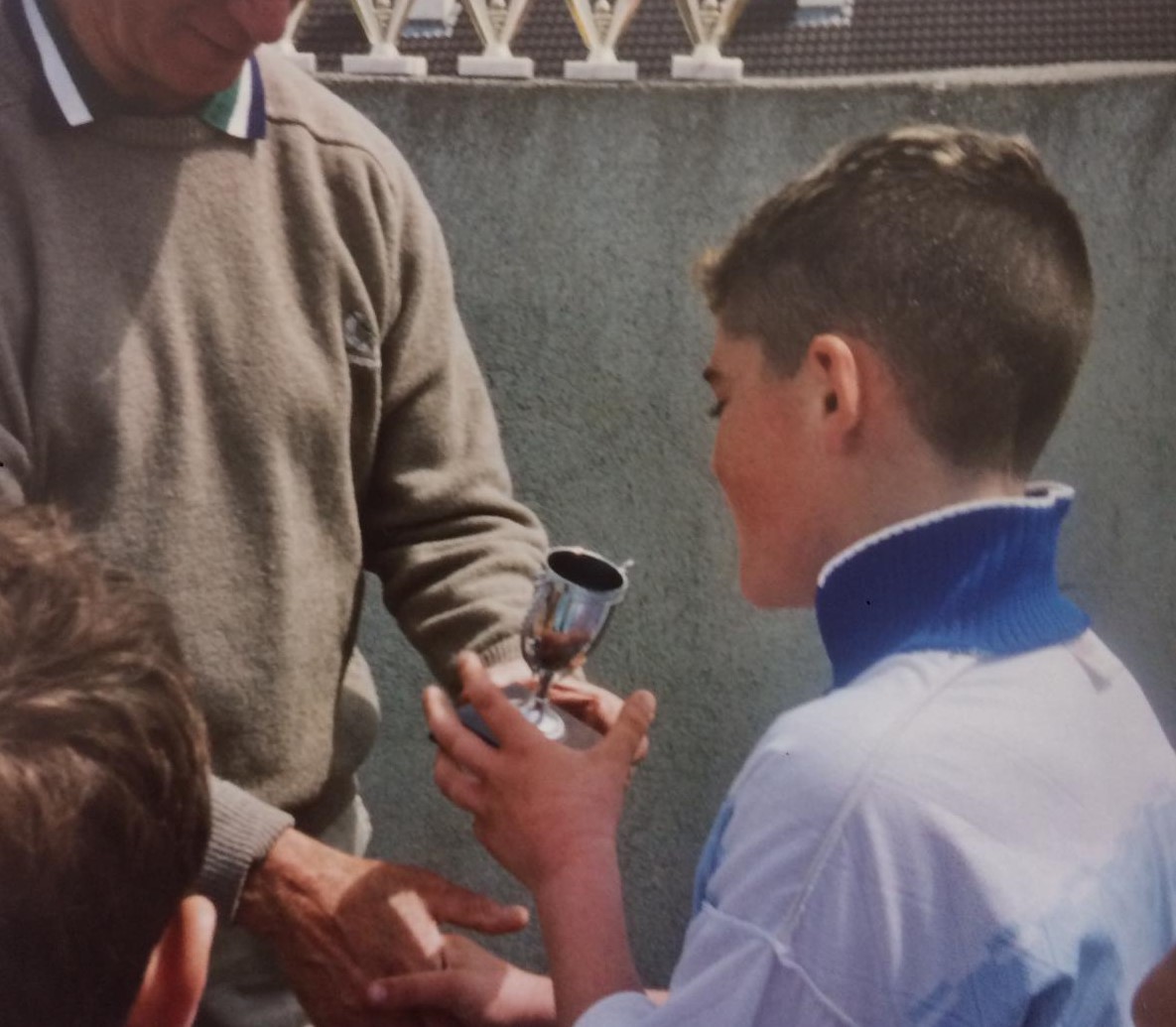 Jack Charlton presented the Man of the Match award in the final to Mark McDonnell of Dolmen View.

The morning of the deciding match, a bright summer Sunday, the lads hopped the wall separating Dolmen View and Moy Heights and knocked on the door of the house belonging to Jack Charlton and his wife Pat, where Jack would regularly stay while fishing his beloved Ridgepool. Jack answered the door and the lads invited him to be the honorary referee for the final, a request the World Cup-winner was only too happy to accept.

Jack refereed the game, which was won by Dolmen View, and then presented the trophies and medals and posed for pictures with the winners. He gave his Man of the Match nod to Mark McDonnell, proof that he could still spot a player; Mark would go on to play for Sligo Rovers and had trials at Derby County. He now lives in Florida.

Having the former Republic of Ireland manager on hand to referee their very own ‘World Cup final’ and hand them their medals meant the world to the young players, said Liam McDonnell this week. 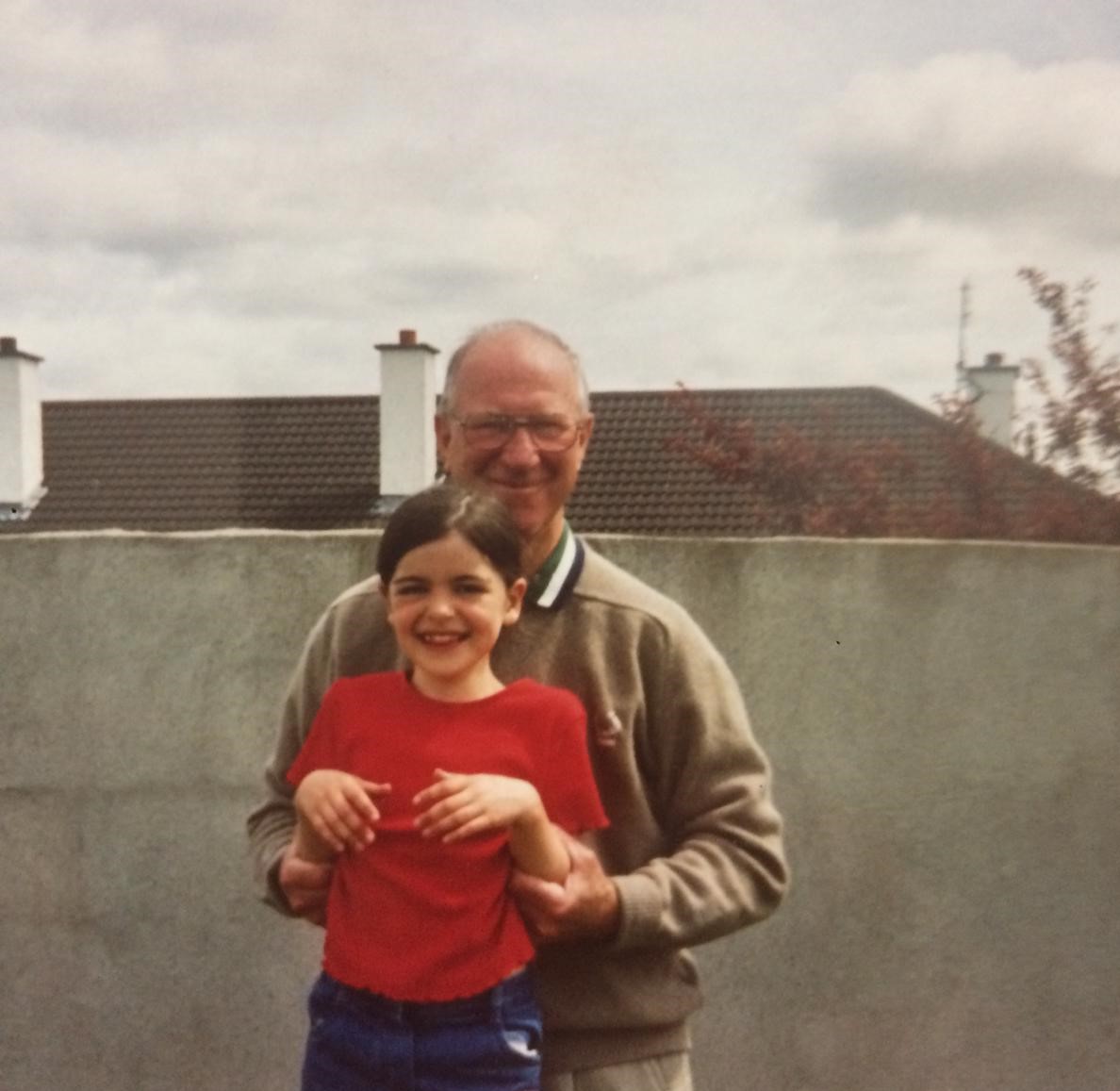 “Jack was delighted to be asked and the lads loved having him there,” he said.