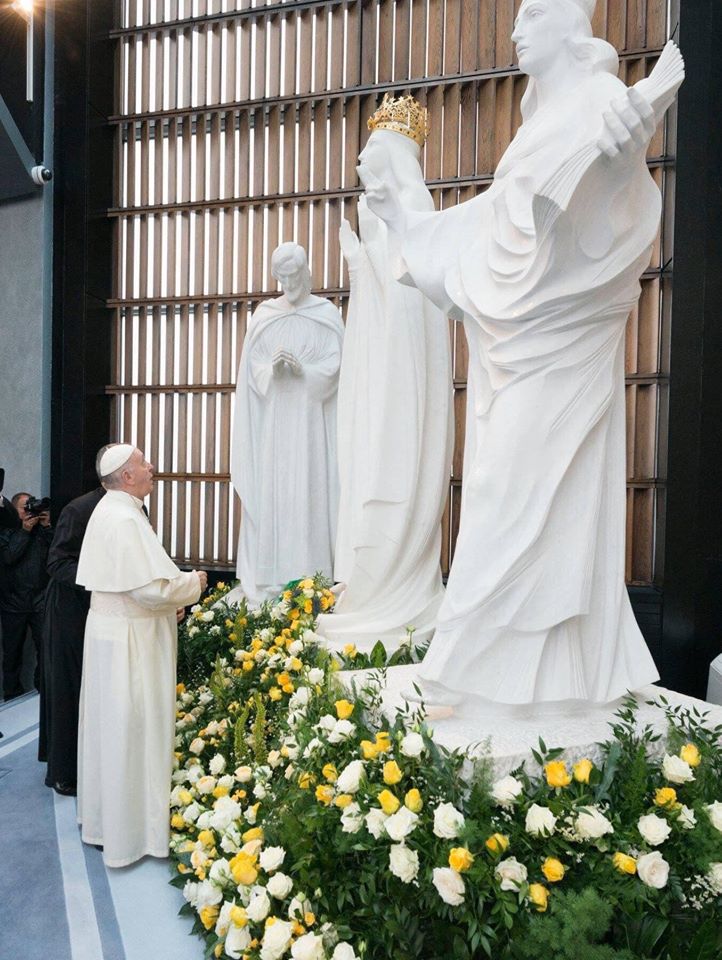 Pope Francis took a moment for quiet prayer in the Apparition Chapel in Knock during his 2018 visit to Ireland.

For the first time since its inception in 1977 Knock Novena will not go ahead this August.
There had been speculation the annual event, which attracts as many as 150,000 pilgrims to the East Mayo village from August 14-22, would be scaled down this year Covid-19 but the Shrine’s rector, Fr Richard Gibbons has confirmed the nine days event has been “postponed”.
“We’re conscious of the fact the numbers could be a problem in the Shrine grounds and we want to err on the side of caution,” he said.
He admitted he was “gutted” by the decision but said it’s “the right thing to do.”
“Having discussed at length the logistics, health and safety of organising the Novena, it is with heavy hearts that we have decided to postpone it. After careful assessment of all aspects in line with current government guidelines, we feel that this is the right thing to do. This has been a very difficult decision that will cause a great deal of disappointment to pilgrims, it also has economic consequences for the wider community and the Shrine itself. However, the health and safety of our parishioners, pilgrims, priests, staff and volunteers is of paramount importance to us at this worrying time.”
Since Masses resumed in Knock at the end of June the Shrine has been forced to cope with queues gathering for services every day. With travel restrictions easing people have travelled from all corners of the country to pray at the Marian Shrine.
“Even though the Shrine grounds cover over 100 acres, it would be impossible to control in a safe manner large outdoor gatherings which would undoubtedly come for the Novena,” said Fr Richard. 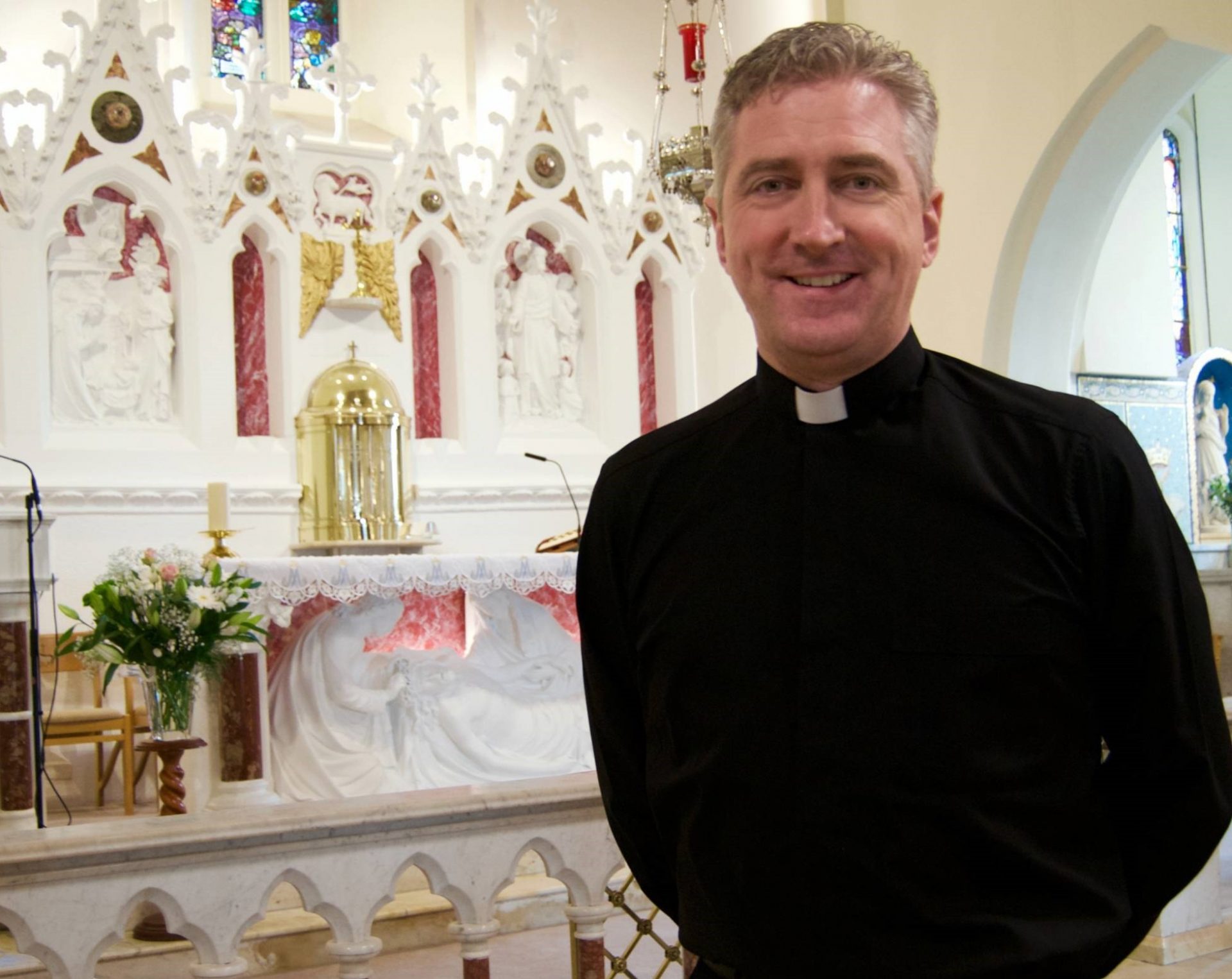 He’s hoping the Novena might go ahead later in the year if Government advice allows. In the meantime, he has encouraged people to recite the Novena prayer in their homes and parishes for the month of August.
“The proposed theme for this year’s Novena was ‘Faith in changing times’. Here
at Knock Shrine as we respond to the present challenges of the coronavirus, we continue “to pray with you and for you” as we look forward with faith and hope to brighter days. We
thank everyone for their patience and cooperation.”
Filed under: Knock, Knock Shrine