The people of Ballina came out in force earlier today to mark the passing of a global soccer icon that they had come to regard as one of their own. 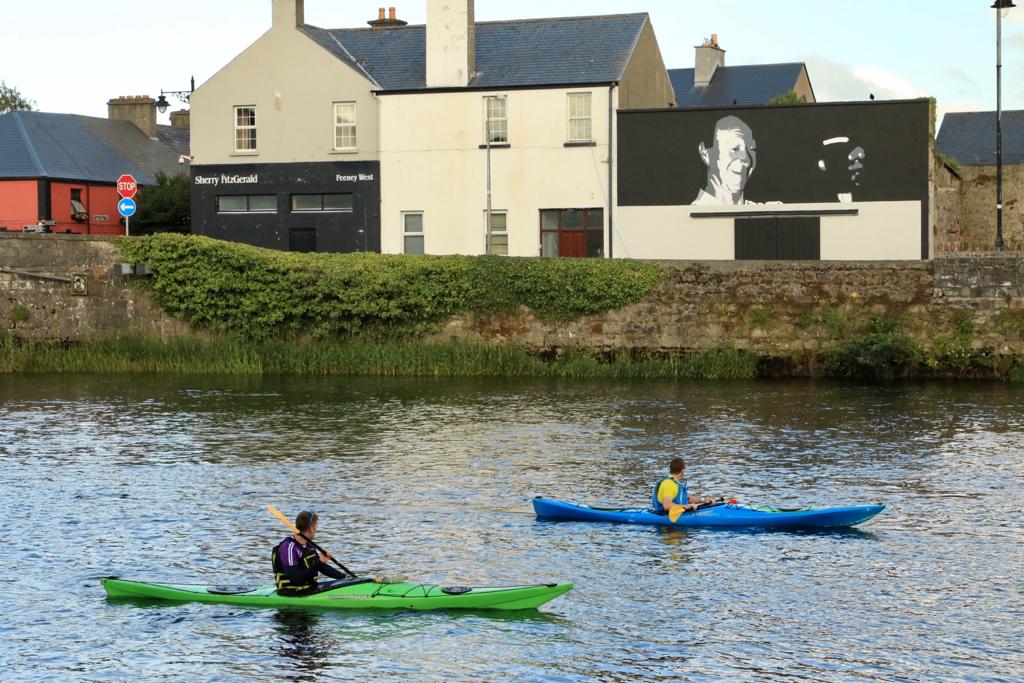 A variety of local groups, businesses and individual volunteers joined forces to stage a poignant tribute to former Ireland soccer manager Jack Charlton to coincide with the hosting of his funeral in the UK.

The lower bridge and Ridgepool Road was thronged with people dressed in green who, together with a swarm of local and national media, turned out for the ceremony which included the unveiling of a spectacular mural of Jack toasting one of his favourite local angling spots, the Ridge Pool.

The artwork, which is located on the gable wall of Sherry Fitz Feeney West auctioneers, was created by a group of local volunteers, headed by local artists, Smiler Mitchell.

The voluntary Ballina Community Clean-Up and Bee-Lieve in Ballina initiatives were among those involved in this afternoon’s event.

Chairperson, David O’Malley, remarked that everyone in the town had fond memories of Jack Charlton both in terms of what he achieved for Ireland through his management of the national soccer team but also in terms of how humble he was when he visited the town where he had a holiday home and greatly enjoyed angling on the River Moy.

David noted that the national media attending the memorial event was highly impressed by the town’s efforts, adding that such achievements mirror the symbolism of what Jack did for Irish soccer:

“Jack’s achievements represented a cultural milestone for Ireland when we realised we could compete on a world stage and this is a watermark moment for Ballina where we can start to believe that we can compete on a national stage.

“It’s a symbolic catalyst for Ballina people. It’s representative of what we are trying to achieve as a group for the town – get people relocated here, get businesses going here and make this the jewel of the west.”

Local football star, Sarah Rowe was also in attendance and was invited to address the crowd.

“He was a real people’s man about Ballina and was loved and adored by many.”