Rare, rare chance to own a slice of historic Mayo home 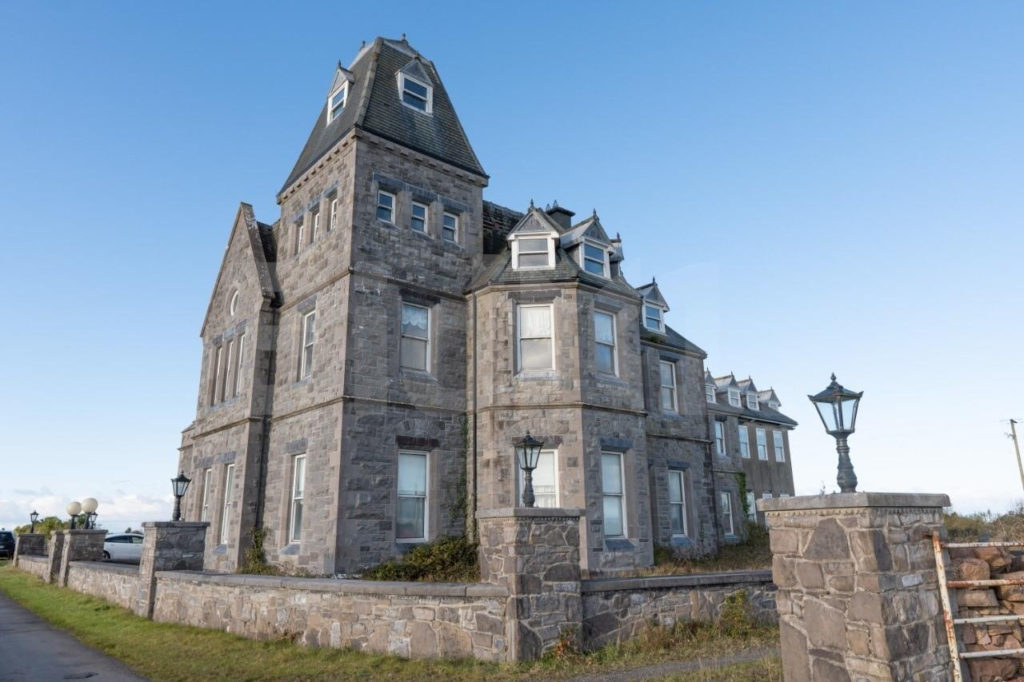 Designed by James Franklin Fuller, the architect responsible for majestic Mount Falcon and Kylemore Abbey and who also provided drawings for major extensions to Ashford Castle, Errew Grange – or Errew House as it is now known – is one of North Mayo’s most imposing and historic properties – a piece of which could now be yours to own.
A Victorian Gothic house built near Crossmolina in the 1870s, Errew House has led something of a chequered life from first being home to Granville Knox and his wealthy heiress wife Ellen Farrer to becoming a school ran by three sisters from a French order of nuns and then the Lough Conn Hotel, the interior of which was extensively damaged by fire in the 1940s. 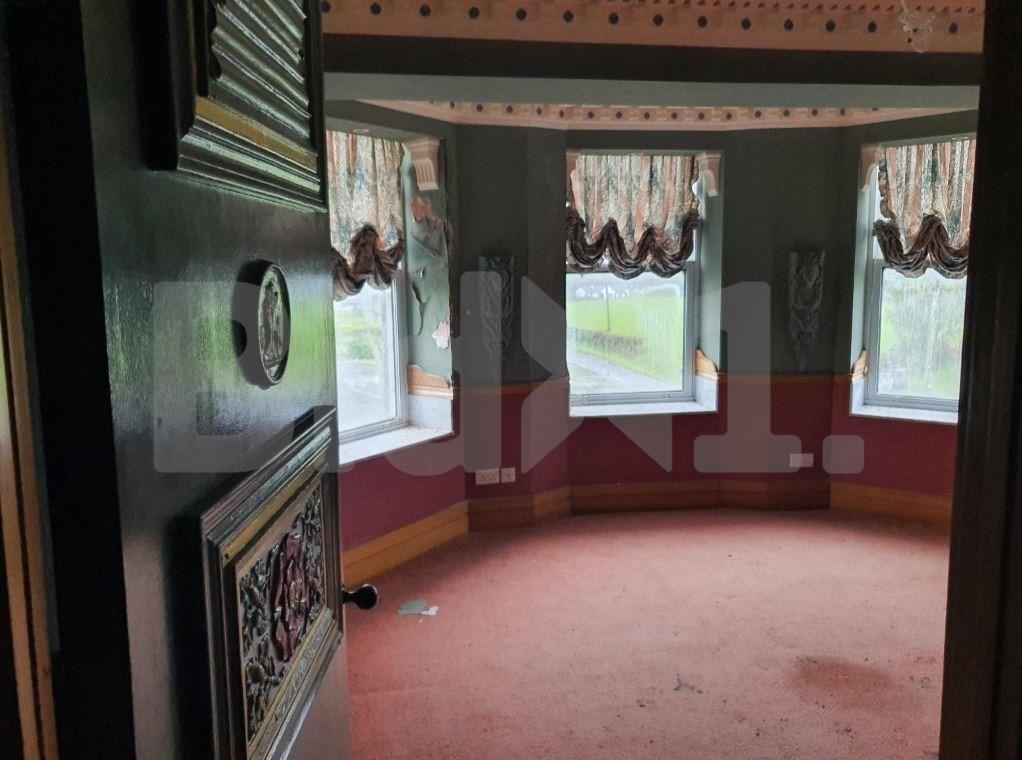 These days, however, it’s a restored property of some of fourteen apartments, which in 2000 were being offered for sale in the region of £130,000 to £205,000 punts, yet later this month one such lot is to be auctioned with a guide price of just €20,000.
The vacant first floor two bedroom apartment covers some 775 sq.ft and retains many of the property’s original features such as sash windows and ceiling coving.
Situated high on a hill, the building overlooks Lough Conn in one direction and has a full vista of Nephin mountain in the other. And the style of Fuller the architect, who was a favourite of the gentry at that time, is very evident with Errew sharing several of the exterior features of Mount Falcon, such as prominent corner tower.
Auction house BidX1 are overseeing the bidding later this month. See here for more details.