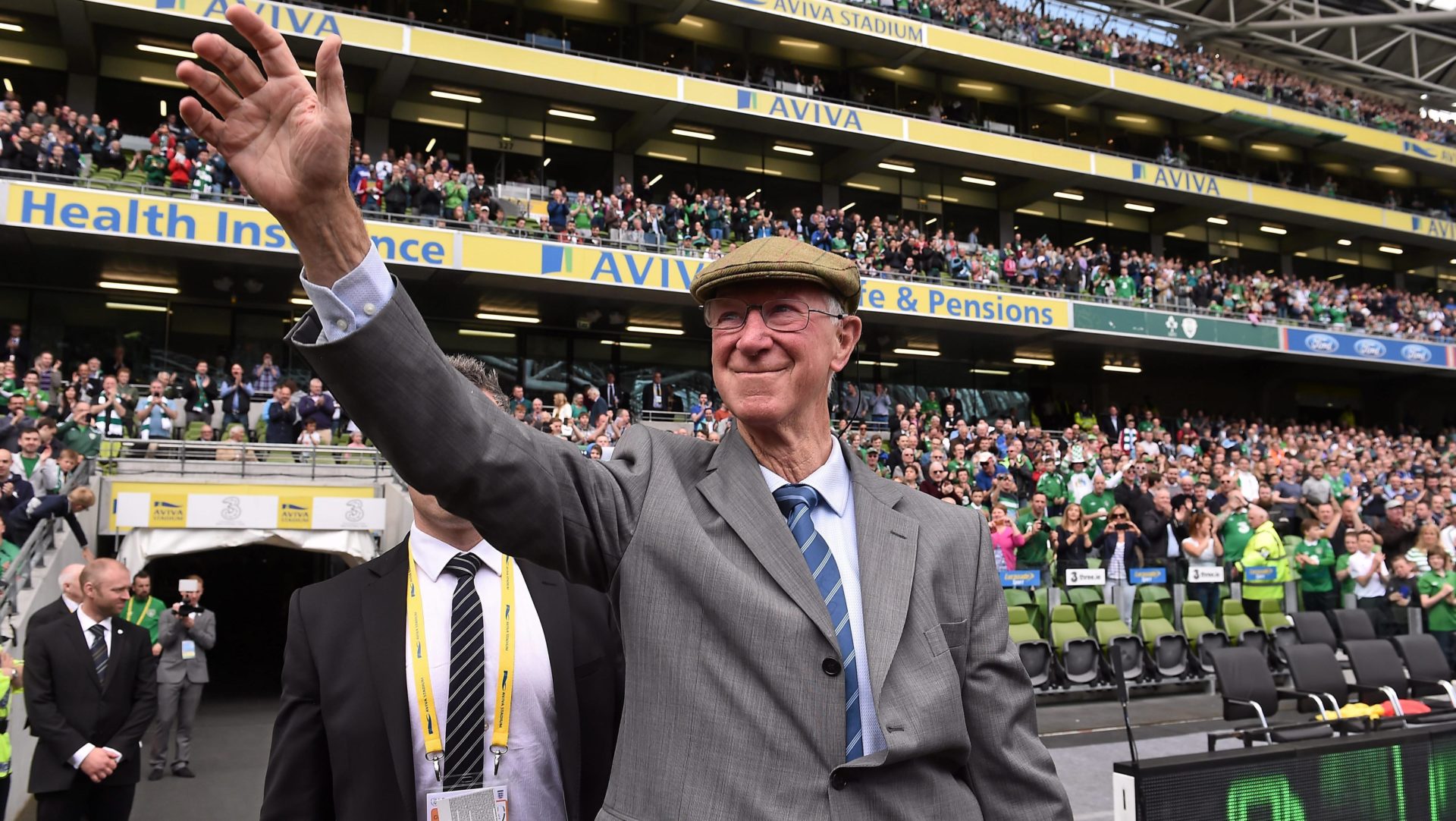 Former Republic of Ireland manager Jack Charlton, who has died at the age of 85. Picture: Sportsfile

Former Republic of Ireland manager Jack Charlton has died at the age of 85. The World Cup winner with England and Leeds United legend managed Ireland during the greatest-ever era for the national team, reaching the World Cups of 1990 and 1994 and the European Championships of 1988.
Charlton was also well-known and much-loved in Ballina, where he and his wife Pat bought a house at the height of his managerial career in 1991. Charlton was an avid fisherman and the house in Moy Heights allowed him direct access to the River Moy’s prime salmon and trout angling spots.
Big Jack, as he was affectionately known to all football fans in Ireland and Britain, was also known to enjoy a pint in Doherty’s pub and was a popular figure with the locals.
Charlton had been diagnosed with lymphoma in the last year and was also battling dementia.
As a player, Charlton spent his entire 21-year playing career with Leeds United, making a club record 773 appearances. He also started alongside his younger brother Bobby on the England team that won the World Cup with victory over West Germany in Wembley in 1966.
He retired as a player in 1973 and went on to enjoy a successful career as a manager. He had spells in charge of Sheffield Wednesday, Middlesbrough and his hometown club Newcastle but it was while in charge of the Irish national team that he grew to become a revered and much-loved figure in this country.
A statement from the Charlton family on Saturday morning read: “Jack died peacefully on Friday, July 10 at the age of 85. He was at home in Northumberland, with his family by his side.
“As well as a friend to many, he was a much-adored husband, father, grandfather and great-grandfather.
“We cannot express how proud we are of the extraordinary life he led and the pleasure he brought to so many people in different countries and from all walks of life.
“He was a thoroughly honest, kind, funny and genuine man who always had time for people.
“His loss will leave a huge hole in all our lives but we are thankful for a lifetime of happy memories.”