Meet the Mayo native who has been elected Mayor of Wexford 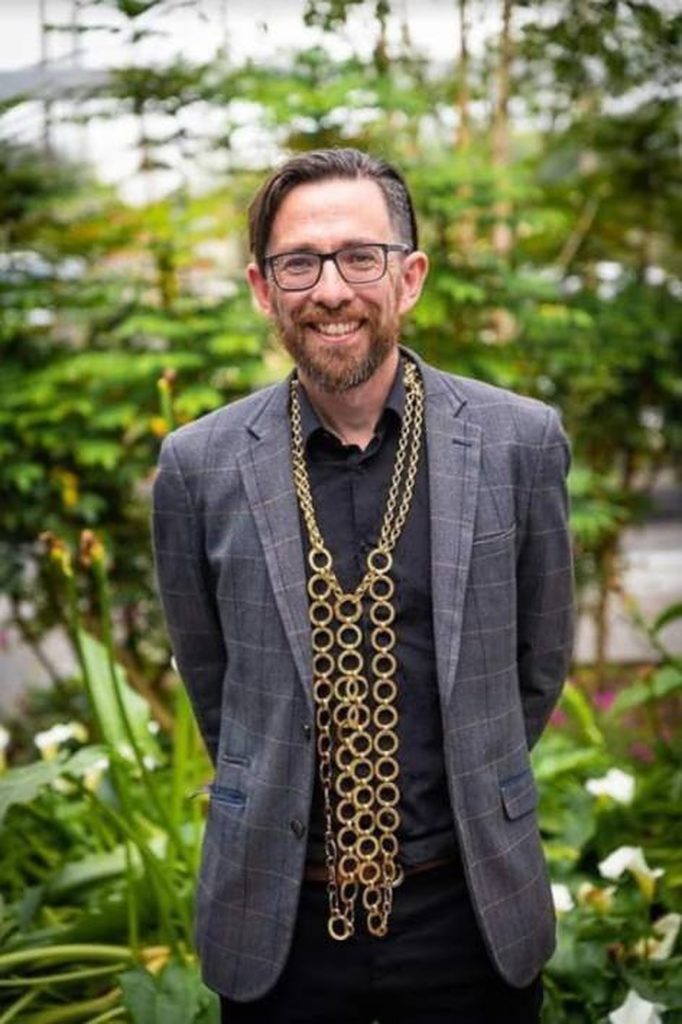 The new Mayor of Wexford, Leonard Kelly, is a native of Clare St in Ballina.

Wexford has a new Mayor and he hails from Ballina.

He attended St Muredach’s College between 1988 and 1993 and studied at IT Sligo and Maynooth University.

His wife hails from Wexford and the couple live there with their four children.

Leonard originally worked as an engineer in the pharmaceutical industry but has since changed careers and is now a counselling psychotherapist and a trainer with Aware and Mental Health First Aid Ireland.

Leonard says he has always had an interest in politics and a desire to help make a difference in his community.

With a strong track record in community activism in the areas of mental health and literacy promotion, he was successfully elected to Wexford Co Council as an Independent councillor last year.

His priority as Mayor will be to support and assist Wexford’s retail sector and all of the county’s communities as they emerge from the Covid-19 crisis.

However, he is also mindful that Wexford has a lot in common with his home town of Ballina including their strong connections to the Rebellion of 1798 and says he would be interested in working with Ballina councillors to forge productive links between the two areas.