Everything to ‘Gayn’ as Mayo garda earns top promotion 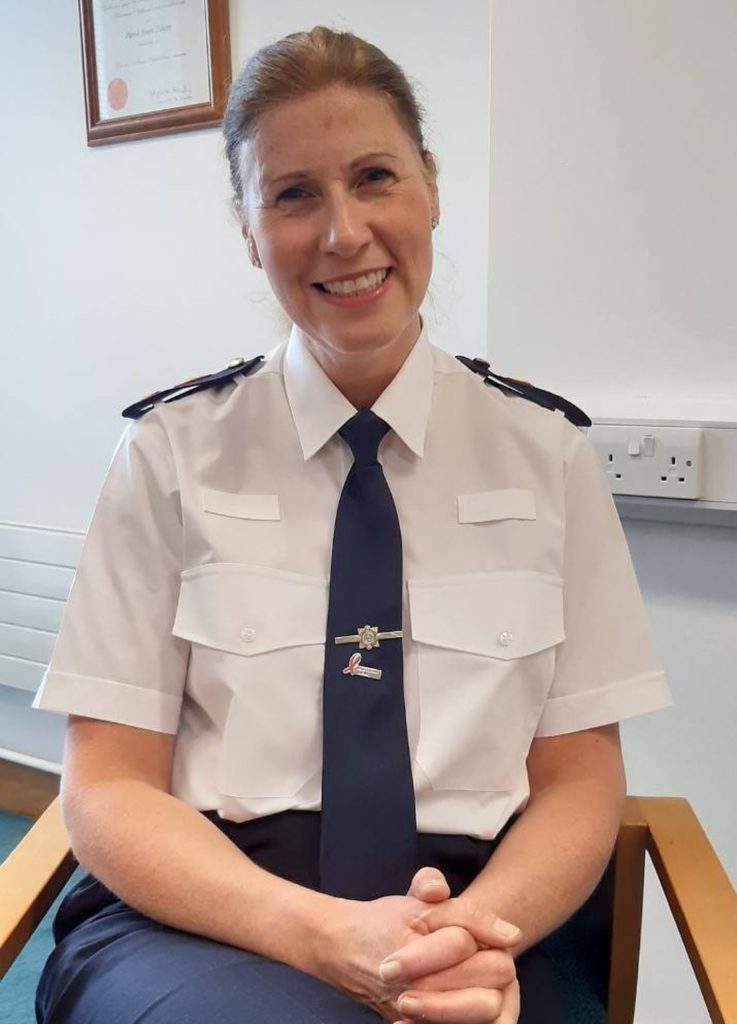 Mandy Gaynor has been promoted to Superintendent and will be stationed in Carrick-on-Shannon.

Ballina-based Garda Inspector Mandy Gaynor is Leitrim-bound, having been officially promoted to the rank of Superintendent.

Mandy, who has been a member of An Garda Siochana for 28 years, has been based in Mayo for over two decades.

It is understood that she is the first Mayo-based female Superintendent but unfortunately she will not serve in the county for now as she is to be stationed in Carrick-On-Shannon.

A native of the South Circular Road area of Dublin, Mandy hails from a family that boasts a strong tradition of serving in An Garda Siochana.

Her brother, late father and grandfather were all guards.

She initially studied nursing for a period before successfully applying to join the gardaí.

It’s a decision she has never regretted as she loves working with and helping the public.

Having formally passed out at the Garda training college in Templemore in 1992, Mandy was initially stationed in Dublin’s Ronanstown where she was afforded a great grounding in all areas of the job and community policing in particular.

Thereafter she spent a couple of years in Crumlin Garda Station where she was involved in training student guards.

Mandy came west when she married her husband Jim, who works as a Detective Sergeant in Mayo.

She initially served as district clerk in Claremorris and then Castlebar.

She was promoted to Sergeant in 2003 and stationed in Glenties, Co Donegal for a year before returning to serve as Unit Sergeant and then Sergeant-In-Charge at Ballina Garda Station.

In 2014 Mandy was promoted to the rank of Inspector and served in Castlebar Garda Station for two years before returning to Ballina where she has held the role of Community Engagement Inspector since 2016.

A highlight of her latest role has been her spearheading of the highly successful introduction and co-ordination of the Mayo Garda Youth Awards.

“I have had a really varied career with An Garda Siochana.

“I’ve been involved in community policing, training, administration and I have prosecuted in the courts as well as dealing with the regular unit management responsibilities,” she remarked.

Mandy says she is very happy and honoured to have been promoted to the rank of Superintendent.

She said it would not have been possible without the support of her husband and children and also paid tribute to the many excellent colleagues and mentors who have helped her along the way .

Her promotion coincides with the 21st anniversary of her arrival in Mayo.

While the appointment may involve an office beyond the county border, Mayo will very much remain home for Supt Gaynor:

“I’m in Mayo 21 years so my visa for the west has been well and truly stamped.

“While I still hang up my Dublin flag at GAA All-Ireland time my jersey is a half and half Dublin/Mayo one,” she concluded.