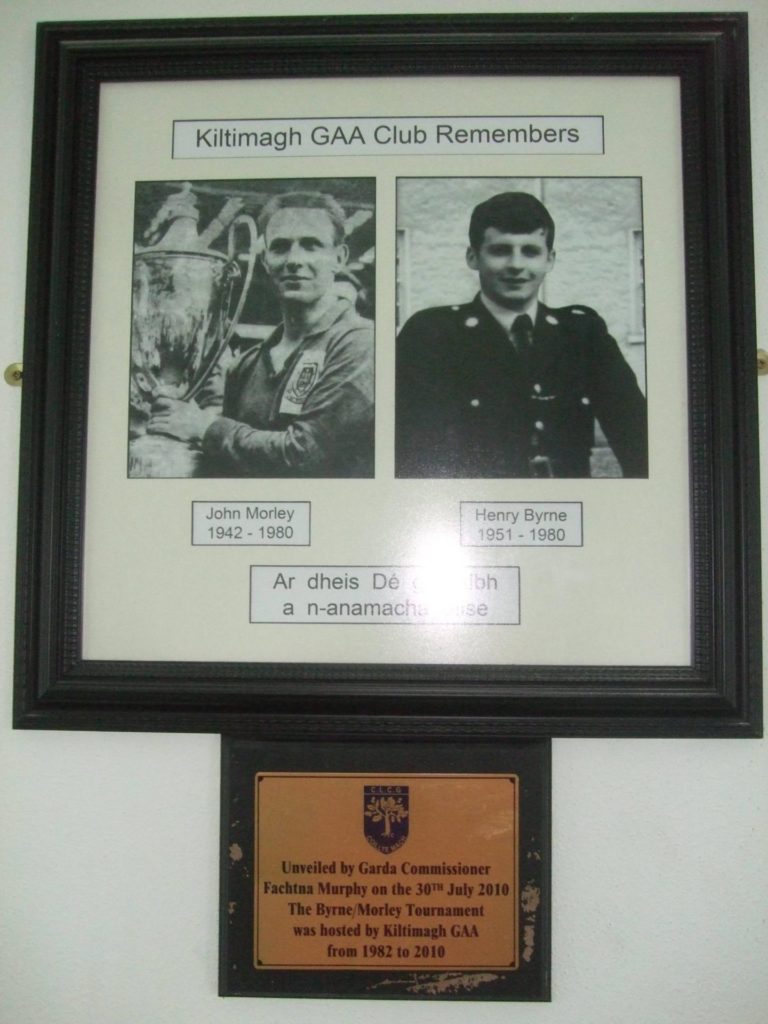 The framed photograph of the late Gardai John Morley and Henry Byrne which is on permanent display in Kiltimagh GAA clubhouse.

Today marks the 40th anniversary of the tragic murders of Detective Garda John Morley and Garda Henry Byrne who died in the line of duty, after intercepting bank robbers who had held staff and customers of the Bank of Ireland in Ballaghaderreen at gunpoint before making away with £35,000.

A ceremony in their memory is planned for this afternoon at Shannon’s Cross, where the two fathers lost their lives. Garda Commissioner Drew Harris is expected to attend the event.

Garda Derek O’Kelly and Sergeant Micheál O’Malley were passengers in the Garda Patrol Car along with Morley and Byrne on that fateful day in 1980. The culprits opened fire on the four gardaí in the patrol car and the two Knock natives lost their lives.

Det Gda Morley (37) was known as one of the top inter-county footballers in the country having enjoyed a distinguished career in the green and red of Mayo. He left behind his wife and three children and Gda Byrne (29), who like Morley was a native of Knock, was mourned by his expectant wife and two children.

Both were posthumously awarded the Scott Medal and in 2017 a monument in their memory was erected at Shannon’s Cross.

Their families and former colleagues will gather at 2pm today 9Tuesday) at the spot where they lost their lives, and at 2.20pm church bells will ring out at churches in Roscommon and in their native Knock to mark their passing.

The event comes almost three weeks after the fatal shooting of another Mayo garda, Detective Colm Horkan, in nearby Castlerea.