Australian return hangs in the balance for Rowe 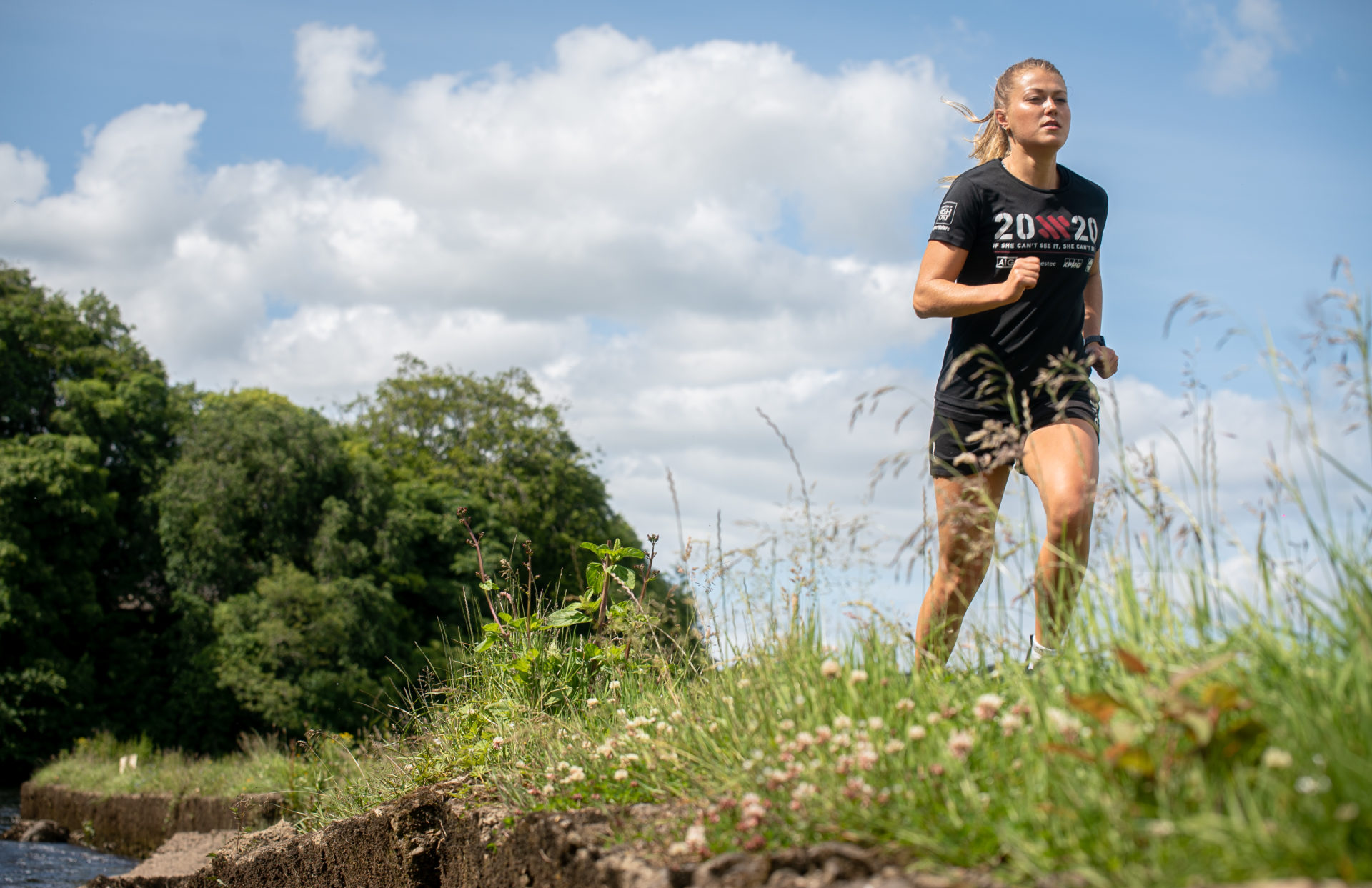 Sarah Rowe training near her home in Ballina. The Mayo football is an ambassador for the 20×20 campaign.

Mayo star Sarah Rowe has said that she is yet to reach a decision on whether or not she will return to Australia for a third season playing in the Women’s AFL this winter. Rowe has played two seasons with Collingwood in Melbourne, but the recent comments of Mayo ladies manager Peter Leahy, when he said that players who go to play in Australia will not be allowed to join the Mayo panel going forward, and the ongoing uncertainty over Covid-19 travel restrictions, have left the Kilmoremoy forward’s immediate future in some doubt.
“We haven’t met up or had one-on-one conversations,” said Rowe this morning. “I’m sure that conversation is down the tracks as well. I just don’t know at the moment. Things are too uncertain, travel restrictions are uncertain, all those kinds of things. Until all that changes, I won’t know what I’m doing.
“But I completely respect where Peter is coming from and understand the position he’s in. So whatever decision we make will be the right one for us. We’ll see down the line but right now, I’m not sure.”
The window for signing with AFL clubs for the 2021 season is open from August 1 to 17, meaning Rowe will need to reach a decision on whether or not she returns to Collingwood in the next month or so.
“The future is still quite uncertain for everyone,” she said. “There have been no conversations had or anything at the moment. People are focusing on Covid and all that stuff and until all that recedes, I don’t think there will be any real talk until the start of August. So for now I still don’t know what I’m at. I’m taking it day by day, training with my club and then on to the county next. I’ll try to make a decision then after that.”
Rowe has been at home in Ballina since returning from Australia at the outset of the pandemic in March. She said she has enjoyed the down-time but was glad to get back into training with Kilmoremoy in recent weeks ahead of the start of the club championship next month.
“It’s been good. I’ve really enjoyed the precious time with my family. It’s time that you’ll never get back. That side of things has been lovely. It’s been nice as well to get a break from training, mentally and physically. I don’t think I’ve had that ever in my life,” she said.
“That’s been really nice but obviously you miss being around the girls, having that team comradery. That’s something I’ve been delighted to be back involved with in the last week. I have this kind of buzz about myself again, being back with all the girls.”

See next week’s Western People for a full interview.