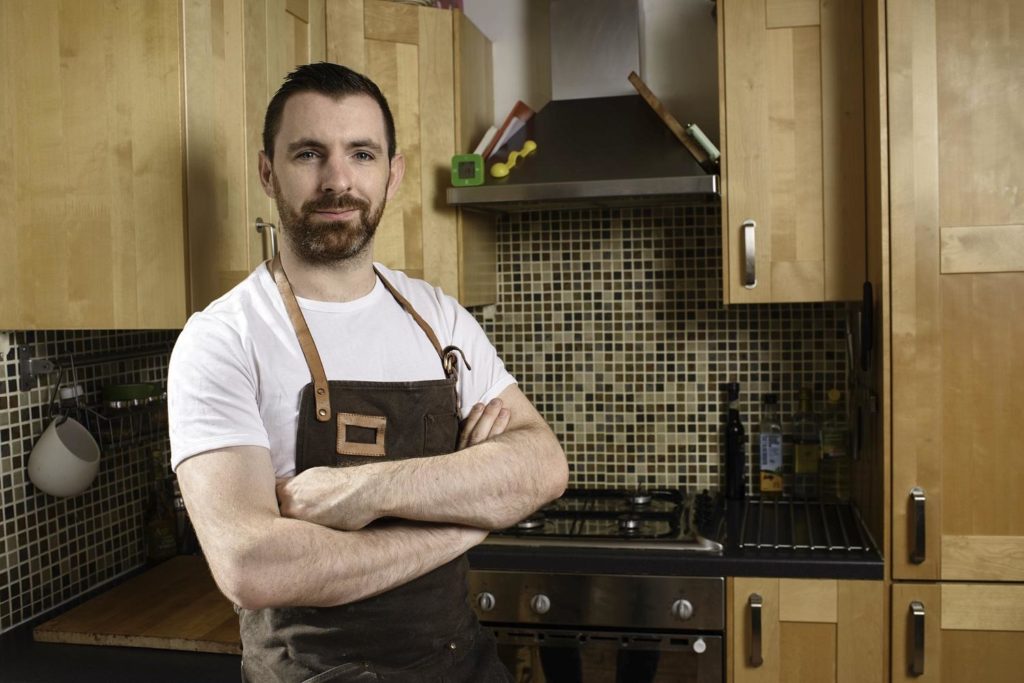 Patrick Powell from Killala who put the contestants of Celebrity Masterchef through their paces in last week’s opening episode of the new series.

A lot of gravy has poured from the bowl since his days of honing his trade in the kitchens of Knockranny House Hotel, and now the talents of Mayo man Patrick Powell have been laid bare to his biggest audience yet with an appearance on the new series of top UK television show Celebrity Masterchef.
The Killala native opened London restaurant Allegra on the seventh floor of the 42-storey Stratford Development in the east of the city just last year having spent four years as head chef serving the likes of Hollywood A-lister Bradley Cooper, the Beckhams, Kate Moss, Simon Cowell and Lily Allen at the glamorous Chiltern Firehouse in Marylebone.
And it was Powell who featured very prominently in last Wednesday night’s hour-long opening episode of the new Celebrity Masterchef series when five contestants showed up to Allegra to cook lunch for 40 customers under Powell’s watchful eye.
Now in its fifteenth season, Celebrity Masterchef is one of the most popular programmes on UK television and is described as “a culinary journey” which involves the contestants being critiqued by chef-restaurateur Jon Torode and one-time greengrocer Gregg Wallace.
Liverpool and England football legend John Barnes was among the aproned celebrities learning from Mayo’s finest, so too singer and ‘I’m a Celebrity Get Me Out of Here’ star Myles Stephenson, actor Shyko Amo, comedian Judie Love and Apprentice contestant Gregg Wallace.
“I could get you the sack,” Myles Stepheson warned Patrick Powell ahead of having to prep and cook a three-course lunch.
Judie Love was amazed at the cleanliness of the kitchen.
Allegra is situated close to the former Olympic Park which is now the home ground of West Ham United FC.
Aged 34, Patrick already has almost 20-years of experience in the industry having taken up his first apprenticeship at the famed L’Ecrivain in Dublin when aged just 15. Twice a finalist in Ireland’s Young Chef of the Year when working at Knockranny House Hotel in Westport, he would later spread his wings to Melbourne in Australia where he worked at Culter & Co before moving to London in 2011. 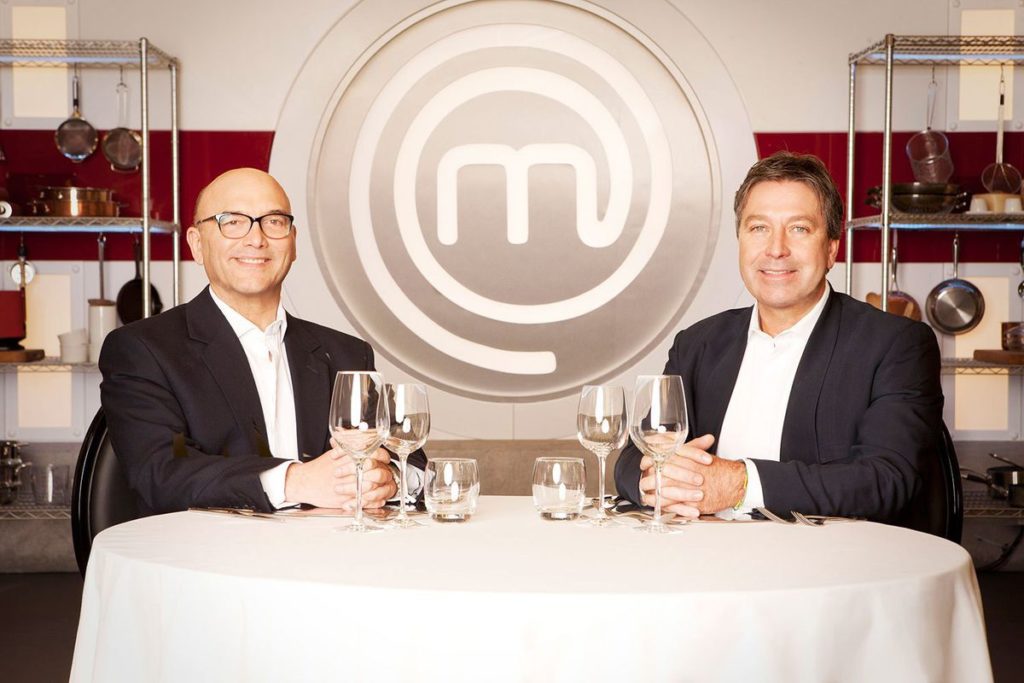 “I’m using my grandmother’s recipe for soda bread on the menu,” the Killala man told The Irish Times around the time of Allegra’s opening last year. “I still remember the smell of bread baking in the Stanley range in her kitchen, as if it was yesterday. It was where I first got a love for cooking.”
He went on to describe his new restaurant as being in “the most exciting space in London” and said that his main focus would be on hospitality rather than glamour.
“There will be nothing quite like it in London, in my opinion. The space is amazing. I want it to be a destination restaurant, where people will come and have a great experience, not just from the food but also from the hospitality.
“That’s important for me, and it’s a very Irish thing, wanting to feel people are being well looked after.”
The seventh-floor restaurant features stunning views from its floor-to-ceiling windows and outdoor terraced garden, where diners are sheltered under a triple-height cedar cantilevered canopy, with an illuminated pergola.

You can watch the full episode of Celebrity Masterchef here. Patrick Powell and his restaurant are featured at 20m25s in.