Honesty the policy as Mayo town explores its residential downsides 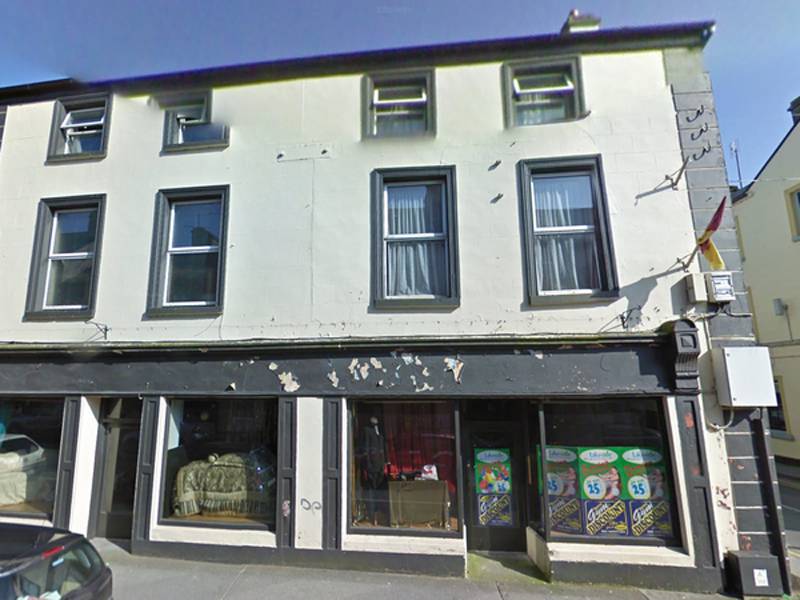 Ballinrobe has a residential vacancy rate of 19.8 per cent in the town.

A new study has revealed renovation costs and heavy traffic are two of the main reasons for vacancy rates in Ballinrobe town centre buildings.

Ballinrobe was one of six towns national chosen for a pilot study on the ‘Town Centre Living Initiative’. The aim of this is to encourage more people to living in rural towns and village centres.

Former Minister for Rural and Community Development, Michael Ring T.D. provided €100,000 to each of the towns which addressed the issue of vacant properties and was delivered by Mayo County Council in collaboration with the local community. The independent report was prepared by Space Engagers and delivered a range of 15 actions for further consideration in each of the towns.

First established as a market town in 1605, Ballinrobe now has a residential vacancy rate of 19.8 per cent in the town, excluding holiday homes. This included large vacant apartment buildings. The dereliction rate was estimated as six per cent. The study focused on Bowgate, Main and Bridge streets, which are particularly affected by vacancy and dereliction. It looked at the potential to adapt three long-term vacant buildings for a range of residential uses.

The reasons for vacancy in the town included that the value of land and properties did not justify the cost of renovation; regulatory requirements act as a deterrent to the town centre development, i.e. fire or health and safety regulations; the streets of Ballinrobe are dominated by heavy traffic, which negatively impacts residential amenity; a lack of parking and confidence in the town centre property market while the derelict and vacant buildings have impacted the town negatively and there is anti-social behaviour in the town centre at weekends.

Solutions to encourage an increase in those living in the town centre include a strategic approach to funding. The council team in the town found the best way to manage the schemes and harness funding is to put long-term plans, such as a public realm plan, in place first and target relevant schemes. Another solution is to map vacant properties; developing tourism offerings and financial mechanisms such as low rate loans and tax incentives to develop the buildings.

It has been suggested a dedicated Town Centre officer or management team, covering Ballinrobe or a number of smaller towns in the Municipal Area, be appointed to drive the implementation of the long term plan, drawing on existing Local Area Plans, Public Realm Plans and the County Development Plan. Advice could be delivered in a one-stop-shop giving advice on things such as funding streams.