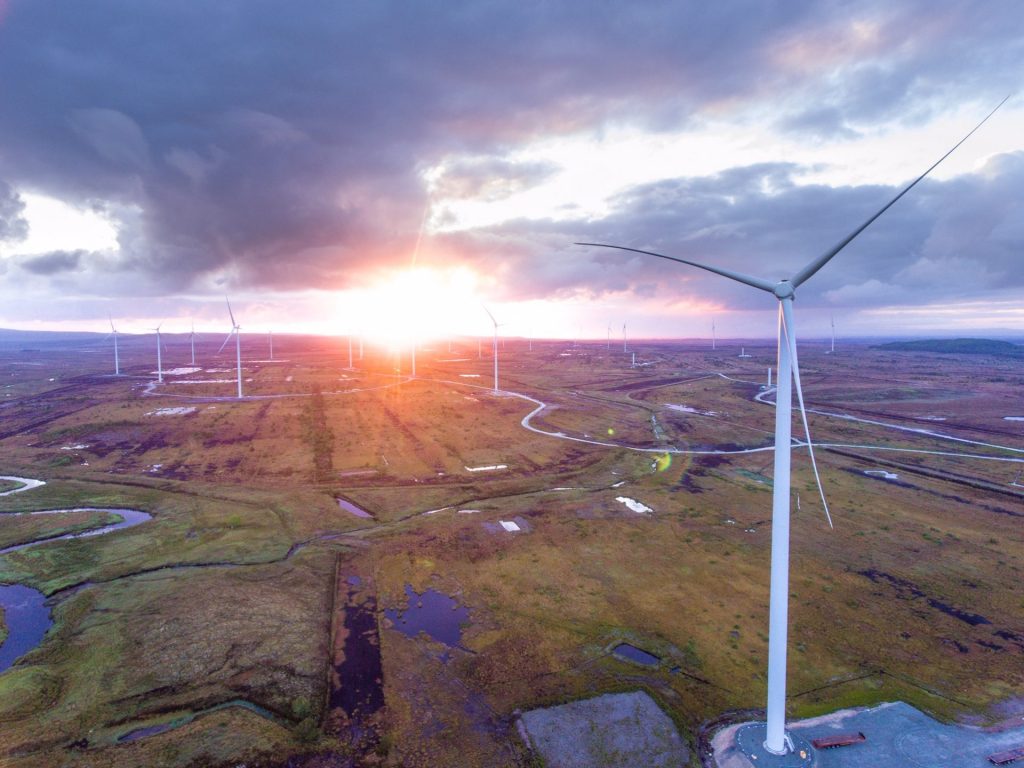 An aerial shot of the Oweninny wind farm site taken at dawn.

Mayo Co Council is being urged to push developers who profit from natural resources like wind and forestry to pay disturbance money in respect of any damages they cause to public infrastructure.

The issue was raised by Cllr Michael Loftus at the monthly Ballina Municipal District meeting in Crossmolina.

Cllr Loftus noted that a transportation trial run had recently taken place in respect of the development of the second phase of the Oweninny Windfarm. He said the haulage route for the project crosses six pedestrian crossings alone and wondered whether a scheme could be put in place to ensure reimbursement for any damage sustained to such local infrastructure during haulage-related works.

He suggested that similar arrangements should be put in place with the likes of Coillte which, he claimed is responsible for lots of damage to roads by trucks entering and exiting forestry plantations.

Cllr Loftus was supported by Cllr John O’Hara who agreed that some of the companies in question have left local roads in an atrocious state and only appear to be interested in what they can get out of the local resources. Cllr Seamus Weir urged that the council act now before development commences on phase two of the Oweninny windfarm.

Cllr Jarlath Munnelly suggested that the councillors seek a meeting with the local authority’s planning department to explore how developments like windfarms can be developed in a way that is good for the local community.

He cited Killala Community Windfarm as a good example. In addition to creating a community benefit fund, it had made the community a shareholder entitling it to a percentage of its annual dividends.

“My starting point is that these developments should be part-owned by the community. That delivers community buy-in and ensures that some of the profits stay locally,” Cllr Munnelly said.

The councillors were advised that Mayo Co Council has discussed what infrastructure reinstatements will be required of the developer of the Oweninny Windfarm and is also in the early stages of formulating a development contribution in respect of road reinstatement as part of planning permission for forestry access.

Cllr Loftus agreed that disturbance money should be sought to cover the cost of repairing local infrastructure damaged by transport/haulage related to such developments.