A complete guide to the managers hunting for Sweeney success 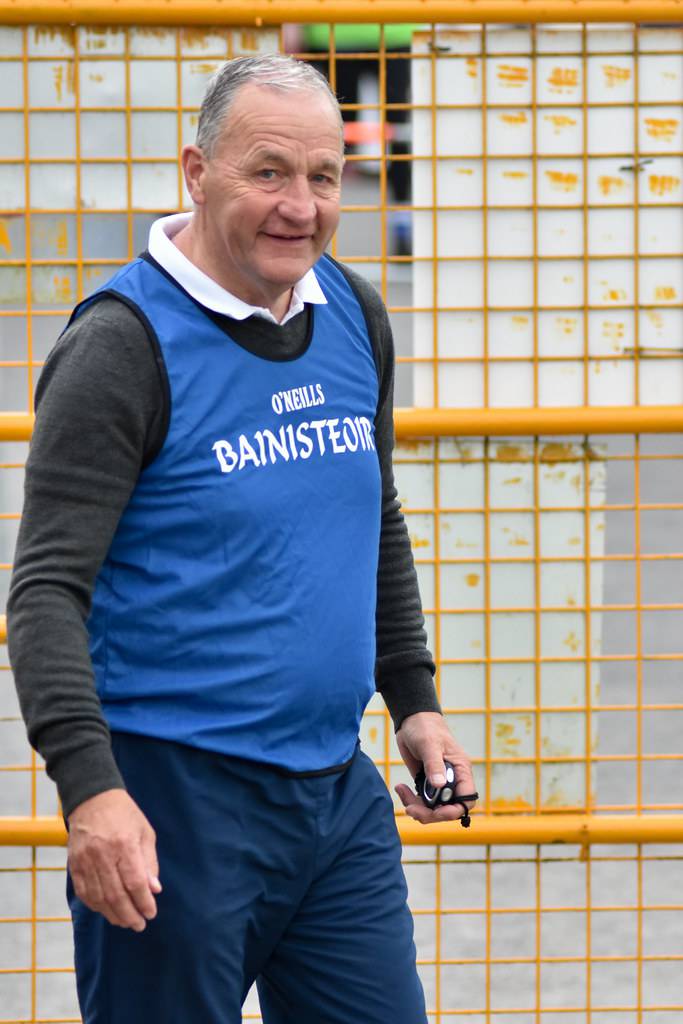 Tuam native Pete Warren has been appointed as manager of the Ballinrobe intermediate footballers.

It’s two weeks since club footballers around Mayo were let back out on the grass after over three months of locked gates and closed pitches. The relaxation of restrictions and reopening of club facilities will have come as sweet relief to players, and to club managers, who have a very short window of just over five weeks to prepare their sides for the start of the club championships.

In no grade in Mayo will that preparation time be of more crucial importance than at intermediate, which has earned a reputation in recent years as the closest and most unpredictable of the grades. While the likes of Ballintubber and Castlebar Mitchels will be expected to contest the business end of the senior championship, any number of intermediate clubs can head into the condensed 2020 season with realistic aspirations of contesting a county final and even lifting the Sweeney Cup. Last year’s win for The Neale, who were well down the list of most observers’ predicted winners at the start of the campaign, was proof positive of that unpredictability.

With that in mind, and following on from our previous run-down of the senior managers, here are the management teams for the 16 intermediate clubs set to begin their championship campaigns on the August Bank Holiday weekend.

Jarlath Jennings stepped down after two years in charge in Ardnaree at the end of last season. His boots have been filled by John Brogan, who has appointed as his selectors Andrew Kavanagh, Brendan Reilly and Ciaran Rouse.

Ger Butler has remained on in charge of Balla for 2020 but there have been some new additions to the backroom team with Neil Sheridan, Christy McNicholas and Eddie Cronin joining Gerry Murphy on the management ticket.

Ballinrobe have made the eye-catching appointment of Pete Warren as their manager for 2020. The Tuam native, who played at all levels for Galway, was John O’Mahony’s right-hand man for his six seasons in charge of the Tribesmen, winning All-Irelands in 1998 and 2001. He also led Davitts to Mayo and Connacht intermediate titles in 2011, and all the way to Croke Park. His selectors at Flanagan Park are Patrick Guckian and Tony Walkin. 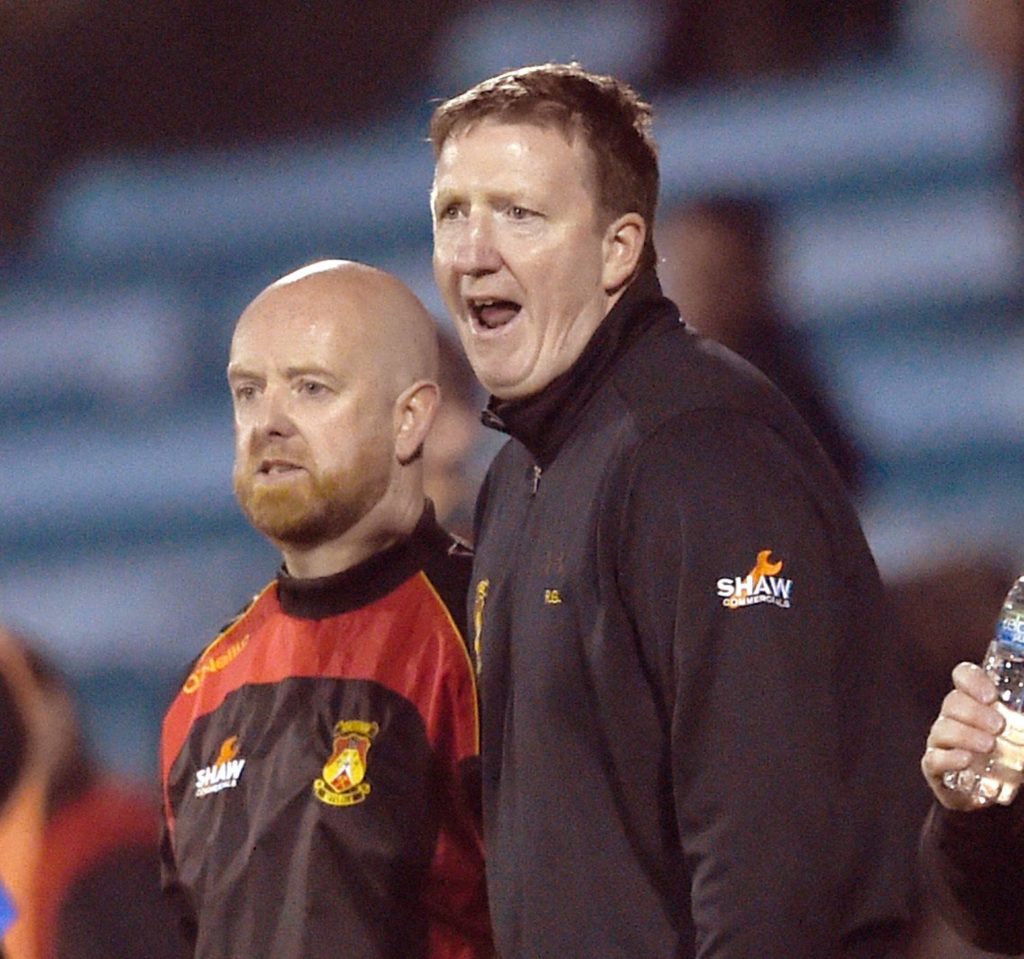 Last year’s beaten county intermediate finalists Ballyhaunis have also made a change in their management team this year, replacing Seamus Caulfield with former Hollymount and Mayo footballer Jarlath Jennings. Jennings, who grew up in the East Mayo town before moving to Hollymount, has previously managed Ardnaree and Shrule-Glencorrib at the intermediate grade.

Damien Dempsey stepped down as Bonniconlon manager at the end of 2019 and has been replaced by Donie Tuohy, who was previously in charge of the North Mayo club when they claimed the county intermediate title back in 1997. He also managed Castleconnor in the Sligo senior championship last year. His selectors are Eanna Casey, Kevin Ginley and Enda Devanney. 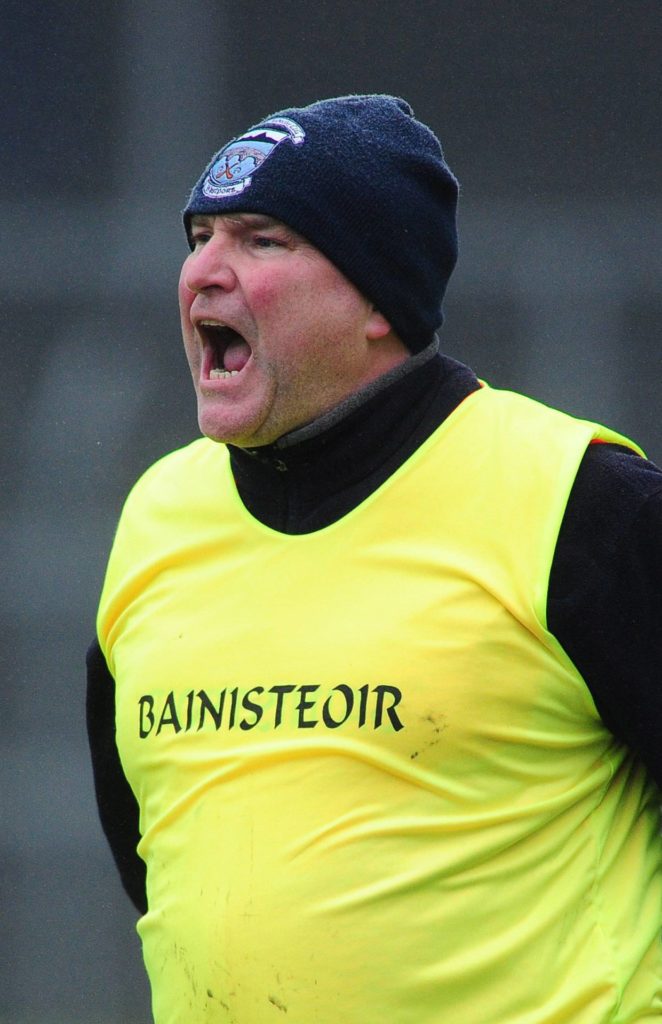 Damien Loftus, who managed Westport to the All-Ireland intermediate club title in 2017, has taken over as manager of neighbouring Burrishoole. Picture: David Farrell Photography

Club legend Colm McManamon has stepped down from the helm in Burrishoole after a number of years in command and several near misses in the intermediate championship, including last year’s semi-final loss to Ballyhaunis. He has been replaced by Damien Loftus, the Dublin native who brought neighbouring Westport to Mayo, Connacht and All-Ireland intermediate titles in 2016-17.

Mitchels are the only B-team playing in the intermediate championship this year, having won the junior title last time out, and have retained the services of the managers who brought them to that title, Russell Gibbons and Rodney Clarke.

Enda Lavelle remains in charge of Crossmolina this year but there have been some changes in his backroom team. Michael Hegarty, Colm Reilly and Mick Cleary are on-board as his selectors and Barry Loftus is in as a coach with Deel Rovers. 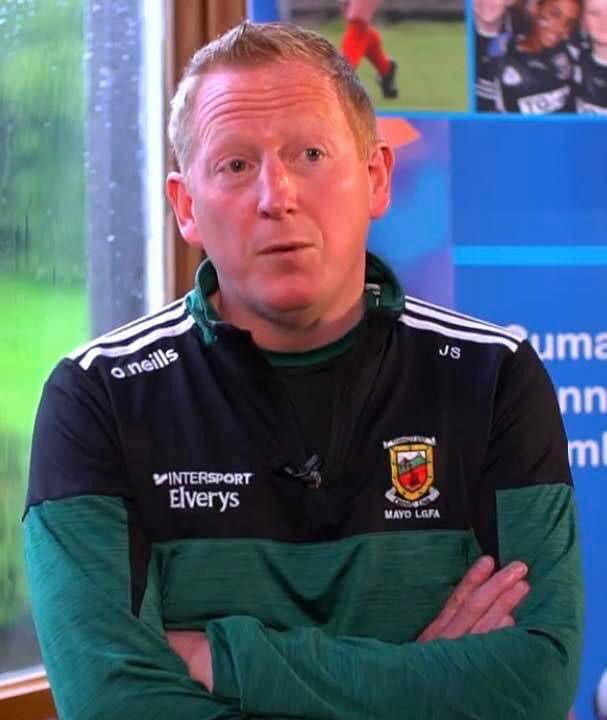 Holly-Carra have enlisted the managerial services of former Claremorris and Mayo senior footballer Gary Mullins for 2020 as they aim to bounce back up to senior level at the first attempt following last year’s relegation. Mullins will have Paul Kane, Paul O’Malley, Alan Heneghan and Stephen Mahon in his backroom team.

Eamon Shaughnessy has stepped down after a season in charge of Islandeady to be replaced by long-serving clubman Declan Conway, who is resuming the reins after finishing a previous stint in charge in 2018. Conway is joined on the management ticket by Kieran Gibbons and Martin Feeney.

Ger McNicholas is in charge of perennial intermediate contenders Kiltimagh this year. Peter Burke, former Mayo goalkeeper and goalkeeping coach, is also on board as a selector.

Lahardane have recently appointed John Stagg to take over their intermediate team for the remainder of the 2020 season. The Hollymount native was previously a part of the Mayo backroom team during the tenure of Noel Connelly and Pat Holmes and has also been involved in the Mayo ladies backroom team in recent years. He has appointed Eamon Rowland⁩ and David Burke as his selectors.

Eddie Ball has taken command in Louisburgh. Ball is in for a second stint with the Clew Bay club, having only finished up playing with the club’s junior side in recent years. He also managed the Mayo Masters team last year. Tim Kennedy, who has enjoyed lots of coaching success with Westport underage sides in recent years, is on board as a selector/coach.

James Fallon is back for a second year at the helm of Mayo Gaels. He has brought in Kevin Walsh, who managed Garrymore in the senior championship for the last few years, as a selector while Dermot Browne is also on-board as a selector/coach with the Mayo Abbey outfit. 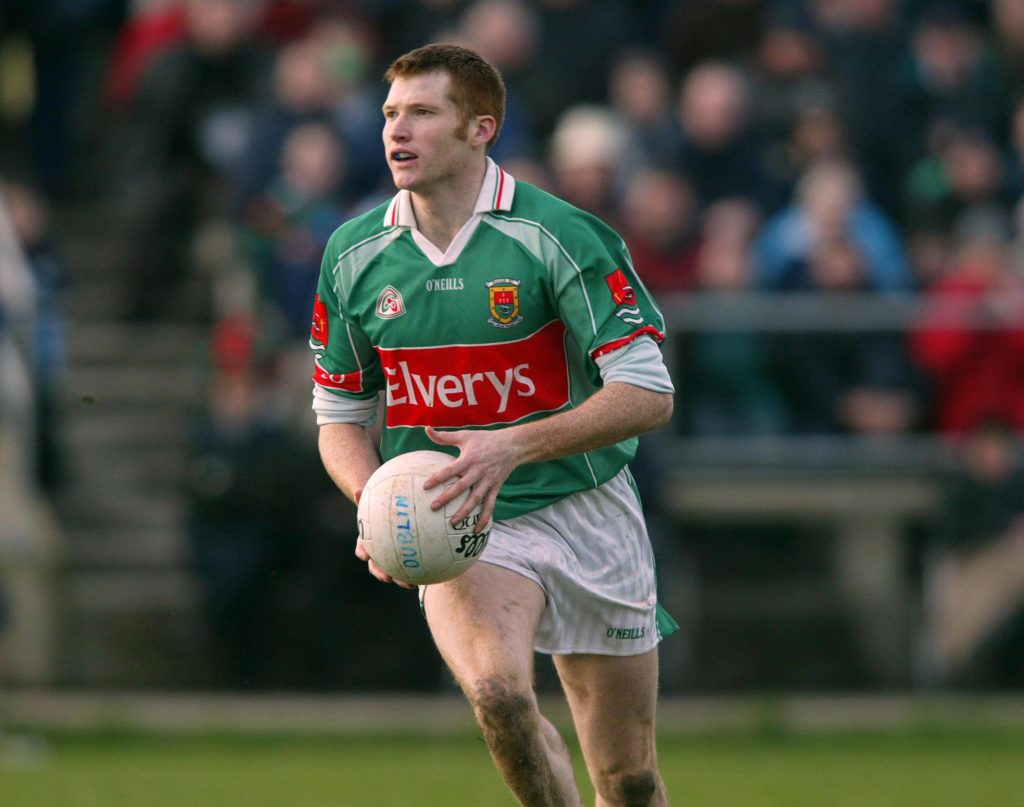 Former Claremorris and Mayo footballer Gary Mullins, pictured here against Galway in 2004, has been appointed as Hollymount-Carramore manager for 2020.

Parke have appointed Pat Dunne as their new manager for the 2020 season. Dunne was a long-serving player for the West Mayo men and is a brother of Mayo GAA Health and Wellbeing Officer Niall Dunne.

Swinford have appointed Charlestown native Patrick Brehony as their intermediate manager for 2020. Brehony has previous coaching experience with Charlestown and with East Mayo development squads. He will be assisted by long-time Swinford player Kevin McShea and John Sheahan as selectors.