These boots are made for walking: festival organisers refuse to accept defeat 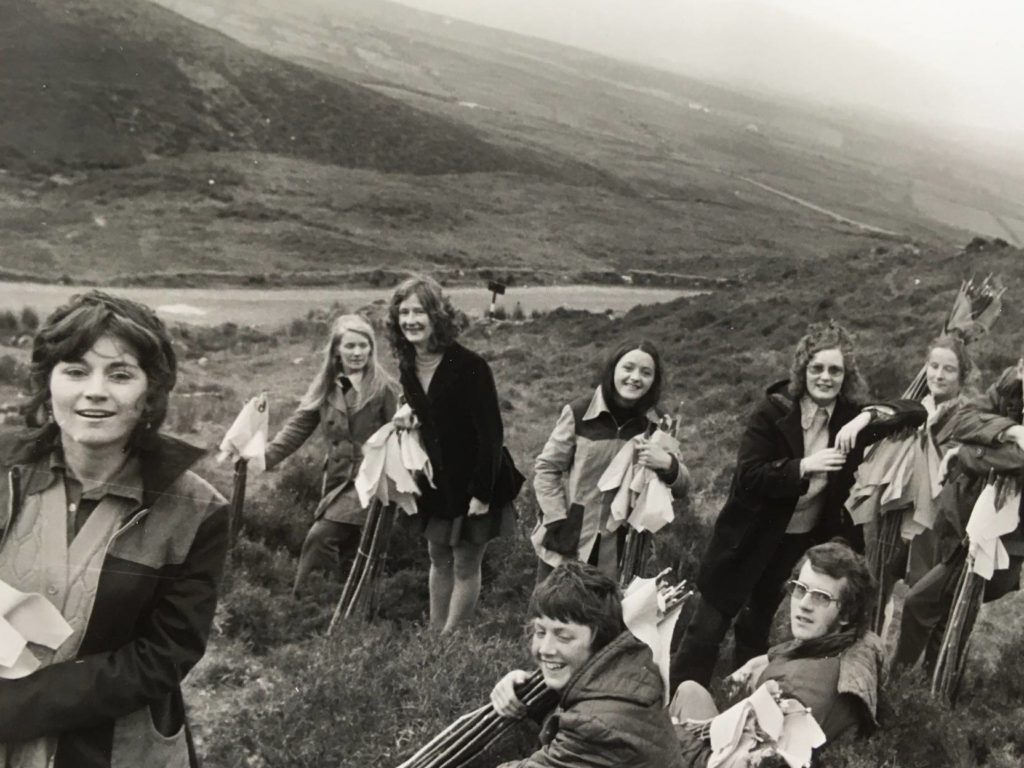 A group of walking festival volunteers are pictured in the late 1960s readying a route for walkers.

The long-running festival is among many events cancelled because of the Covid-19 pandemic but organisers marked the occasion with a socially distanced 10km walk in Castlebar.

“We are asking you to join us on July 4, wherever you are in the world, to have a 10km walk to remember Castlebar and all the wonderful years we have walked together. We ask you to post your photos on our Facebook page and tag as many people as possible. Anyone that does their own walk and posts their photos, will receive a ‘Certificate of Participation’ in this special event,” said festival chair Elaine Devereux

“We realise that many of our walkers who have supported us throughout the years will be disappointed by the cancellation of the walks. We want you to know that, here in Castlebar, the organisers and volunteers and indeed the people of the town are also very sad. Of course, the walking is important but most of all we will miss the talking and the storytelling, not to mention the dancing! So, let’s celebrate the light at the end of this tunnel, put on your hi-vis vest, pack your lunch, and join us on Saturday, July 4, and raise a glass to walkers all over the world,” she said.

Elaine told the Western People that cancelling the festival was a wrench. Between 600 and 700 people were expected to participate this year.

“People were very disappointed. Some of them have been coming to Castlebar for 40 years,” she said.

Walkers from around the globe are going to mark the festival with a 10km walk in their home countries.

“There are two men who come to us from Brisbane. They have been coming for over 20 years but never meet up except in Castlebar. But now they are going to walk together in Brisbane for the very first time on Saturday,” said Elaine.

Others have connected on social media and Elaine and the team have been checking in with walkers who live alone and letting them know they remain in their hearts even if the festival can’t go ahead this year. 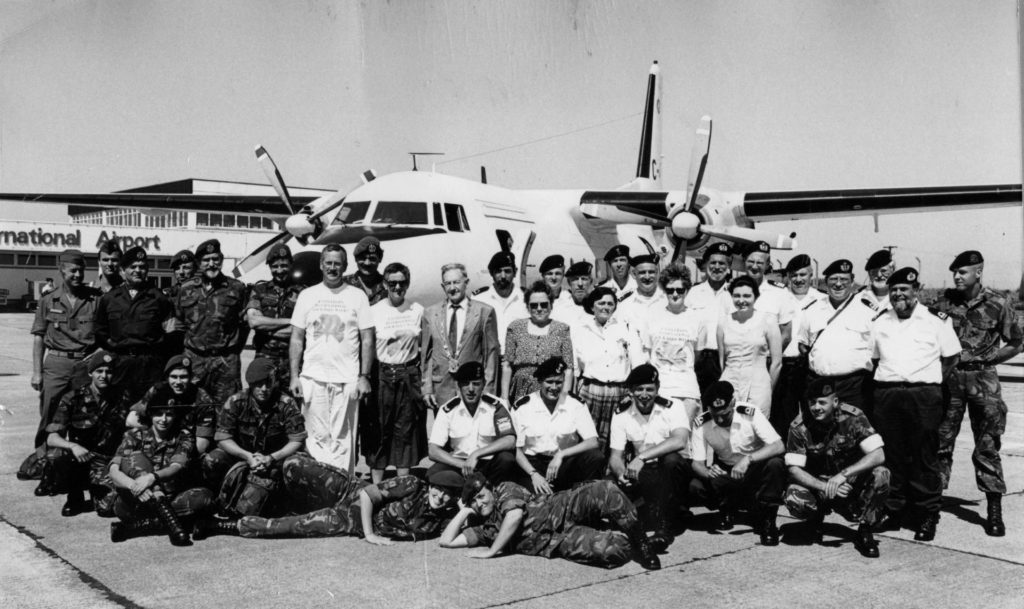 Ernie Sweeney, Elaine Devereux, PJ Hennelly, Ann Jennings, and Ann Cresham, are among those welcoming a group of Dutch soldiers attending the festival at Knock Airport.

The event is Ireland’s oldest and most celebrated walking festival. It has only been cancelled once before in its history due to the foot-and-mouth outbreak in 2001.

“It feels very different this time because when we cancelled because of the foot and mouth we knew we would be back on the ball again the following year. There is a lot more uncertainty now,” said Elaine.

A socially distanced walk is simple to achieve even in these trying times but recreating the togetherness and community of the Castlebar International Four Days’ Walks will be harder to pull off while the threat of Covid-19 continues to loom large.

“This festival isn’t contrived, it’s spontaneous and it’s just four days away from everything else going on in your life. It isn’t just about the walking, it’s the talking and the telling of ‘auld stories,” said Elaine.”

“People want to be bending ears, and hanging out of each other and falling over pints in Johnny McHale’s.”