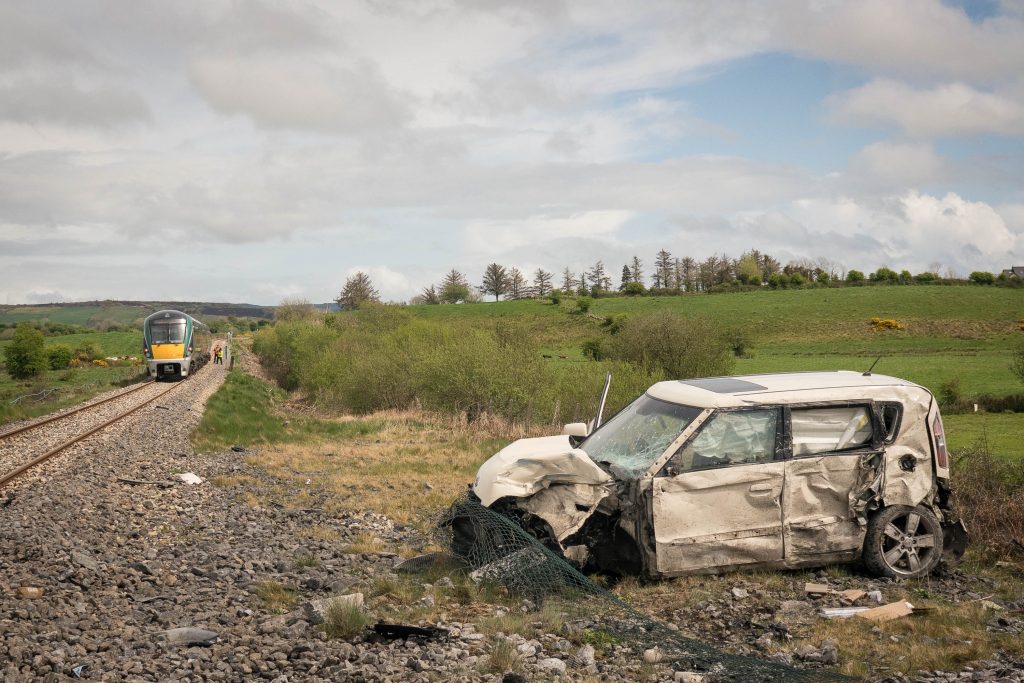 A car which was badly damaged after a collision with a train at Kilnageer, Breaffy earlier this year. Picture: Keith Heneghan

Irish Rail is to seek planning permission for a bridge at a dangerous level crossing.

The rail company was granted planning permission in 2012 for a bridge at Kilnageer level crossing, near Manulla, Castlebar. However, the planning permission was allowed to lapse and a new signalling system recently introduced at the location has come in for heavy criticism.

The crossing has been the scene of a number of accidents with a motorist miraculously surviving a terrifying collision with a train on the line earlier this year.

Representatives from Irish Rail addressed a meeting of Castlebar Municipal District where corporate communications manager Barry Kenny told councillors that the planning permission lapsed as the funding was not available to proceed with a new bridge. Irish Rail said it aims to lodge a new application by the first quarter of next year.

Users of the crossing now have to open and close two sets of gates and there are concerns about visibility, the lighting system, signage, and possible health risks due to Covid-19.

“It’s difficult to see how it is an improvement. If anything I believe it has made it more dangerous,” said Fine Gael councillor Cyril Burke.

Cllr Ger Deere was highly critical of the unwieldy nature of the signage at the location. “You would read The Irish Times quicker than all the signage,” he stated.

Irish Rail agreed to visit the site and try and address the issues raised.