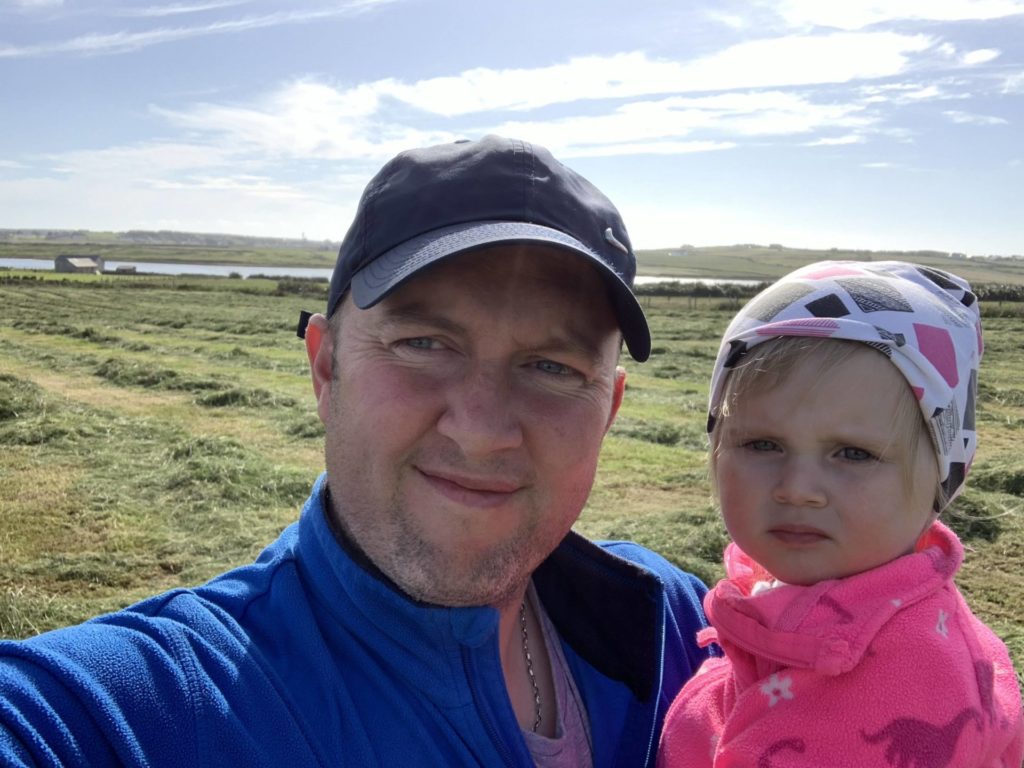 Kevin Carey pictured with his 22-month old daughter Caoimhe on the family farm.

A Mayo garda is bucking the Covid-19 trend and starting a new business that aims to showcase the unique properties and flavours of Erris lamb.

Kevin Carey’s day job sees him on the beat on Achill Island but the hard-working Belmullet man also runs the family farm and his Wild Atlantic Way Farm is the home of Atlantic Erris Lamb.

Kevin took over the running of the farm in 2015, following the passing of his father Eamon and his family have been involved in lamb farming for five generations.

“It was a big decision to take it on. To my detriment, I’m kind of an all or nothing fella. I wouldn’t have been able to take it on and just have a few sheep and catch them every couple of weeks. I put a lot of time into and purchased some land that would have been a part of our original home farm. I have tried to build things up over the last few years,” said the enterprising garda.

“It can be a bit of a juggling act. I have two kids under the age of two so there is often a bit of negotiating to be done!” Kevin joked.

The Erris man has recently developed the business in order to sell his lamb direct to restaurants and consumers.

“We have recently started selling lamb direct. Full lamb, half lamb, and we will hopefully be going into burgers and sausages. We are supplying the public and some local restaurants and we have recently been contacted by a number of Dublin-based restaurants. It has caught us by surprise a bit the interest that is in it,” said Kevin.

His lamb are reared on the family farm and the Inishkea Islands with the Erris landscape and climate giving the meat a distinctive flavour.

“The lamb is reared primarily on spinach top grass and the weather we have here and the salty air really influences the taste,” said Kevin. 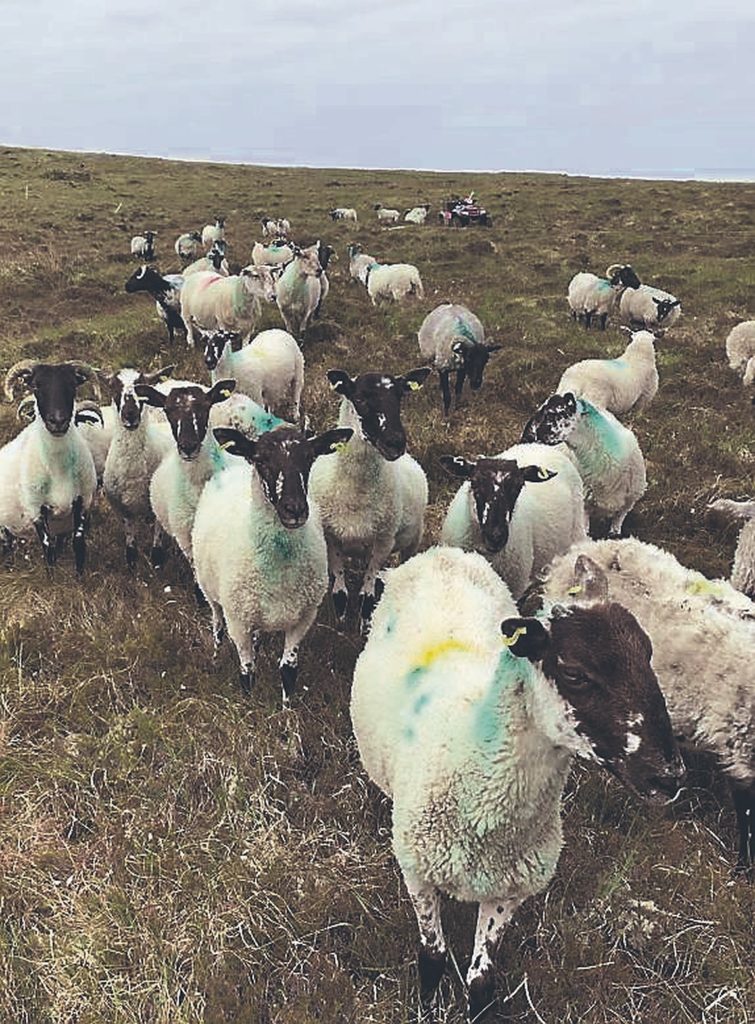 Out in the distance is Caoimhe Carey helping her dad Kevin out on the farm.

He is keen to highlight the quality of Erris produce and believes his homeplace needs to highlight what is has to offer.

“I think we need to shout a bit more about Erris in general and what we have here. Erris in general is largely untapped in terms of what it has to offer tourists and everything else. This business might be something that if it continues to grow could support lamb in the area in general with interest from restaurants from Dublin and elsewhere,” said Kevin.

“The big thing for me is that our lamb is traditionally sold to the factories, it is being exported and sold in the same way as the lamb that’s produced intensively in other parts of the country, I just wanted to advertise the premium element of our product,” he added.

Others might be daunted trying to develop a business in the current climate but Kevin believes there is now a renewed focus on where our food comes from.

“I got the wheels in motion in February and March just before everything kicked off. I suppose I’m trying to look at the bigger picture. I think long-term Covid-19 has made more people about what they are cooking and eating and where it comes from,” said the 33-year old.

Erris lamb has gone down a storm with his garda colleagues.

“They all have their orders in for a lamb each! They know what I’m like and how I juggle things, they sometimes get a great laugh out of my ideas,” said Kevin.

He is looking to build and expand on his family’s lamb farming legacy.

“I think my Dad would have been happy with the way I have developed the farm and the way I am farming. I think he’d be proud and think I’m a bit mad at the same time,” he laughed.