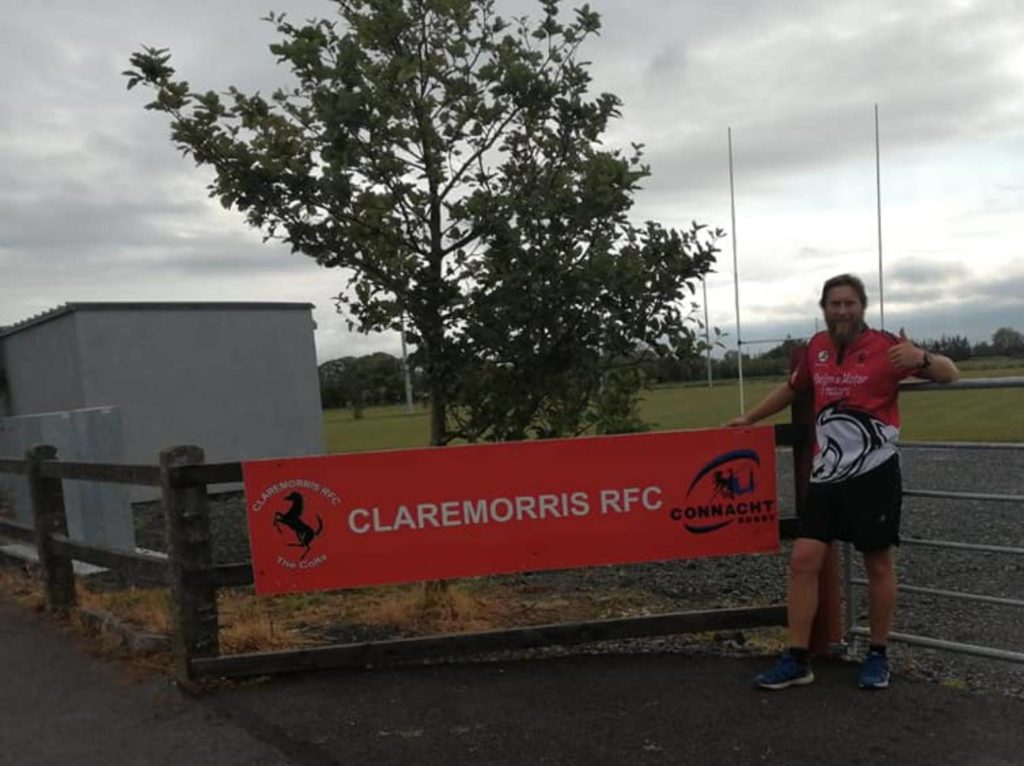 Claremorris man Paul Ryan stops at the home of Claremorris RFC during his charity run.

Claremorris man Paul Ryan recently took on and completed the unusual challenge of running to all of the soccer, rugby and GAA clubs within a 20km radius of his house. The challenge was in aid of Pieta House, for whom he has since raised nearly €5,500 while also highlighting how generous a community we live in.

From Caltra in Claremorris, Paul started and finished his challenge at Hollymount/Carramore GAA club on Saturday, June 13. He is a club member and junior player with Holly/Carra and a member of Claremorris AFC junior soccer team.

In total, he covered 56.5km which took him eight hours and 20 minutes.

Paul explained while he undertook the unique fundraiser.

“I would see sport as being a vital part of the fabric of community. I have played for or against all of the teams on my route and I would see them all has having played a huge role in connecting people and bringing them together. During a match against a rival club, it is the shared experience I find fascinating. We may be competitive and aggressive on the pitch, but as soon as the final whistle blows, we are neighbours again. Community is the most important thing we have.”

Paul says his chosen charity Pieta House is a wonderful organisation that “guides and supports those who find themselves most in need of a sense of belonging to a community”.