Touch down and take apart: Another one bites the dust in Knock 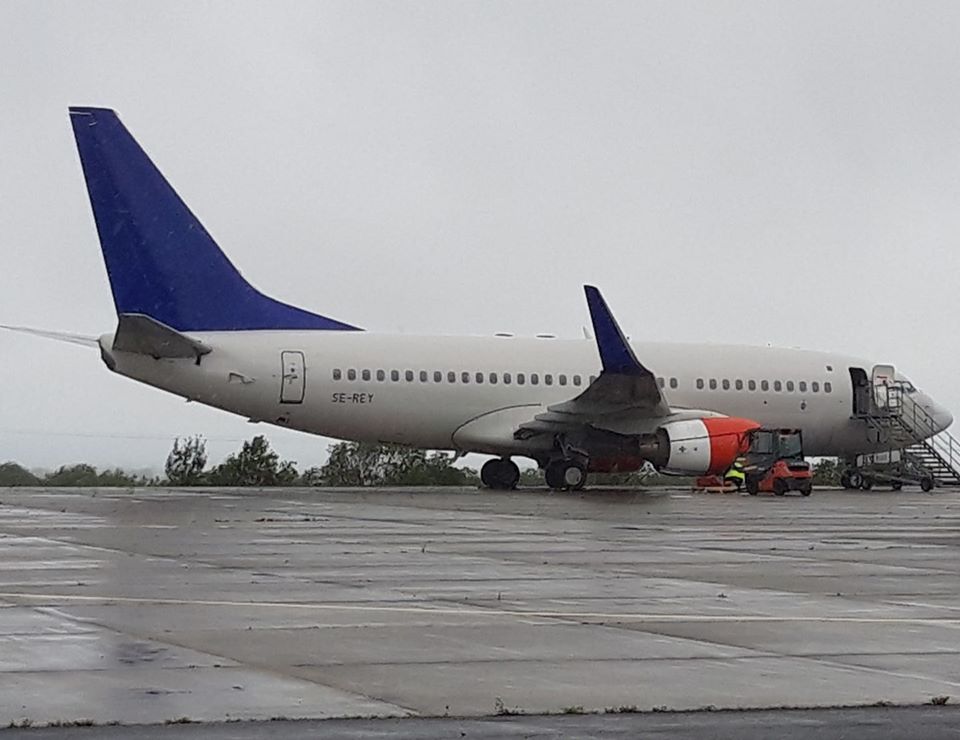 The Boeing 737 that arrived into Ireland West Airport Knock this week for scrapping. Picture courtesy of Graeme Dunne/Knock Airport-Runwayside/Facebook

Ireland West Airport may well have welcomed the first passengers through its arrival gates in three months on Wednesday, but for one flight in particular it was also the point of no return.
Not long after the wheels of the Ryanair service from London Stansted touched down to rise 91 days worth of dust off Knock’s tarmac shortly before 9.30am, there followed close behind a plane of a very similar variety to that used by the low-cost airline – but with a very different fate altogether.
An 18-year-old Boeing 737-700 was being retired from service by SAS Scandinavian Airlines and so flew in that same morning from Stavangar in Norway to meet its maker – or dismantler – on a boggy Mayo hillside. 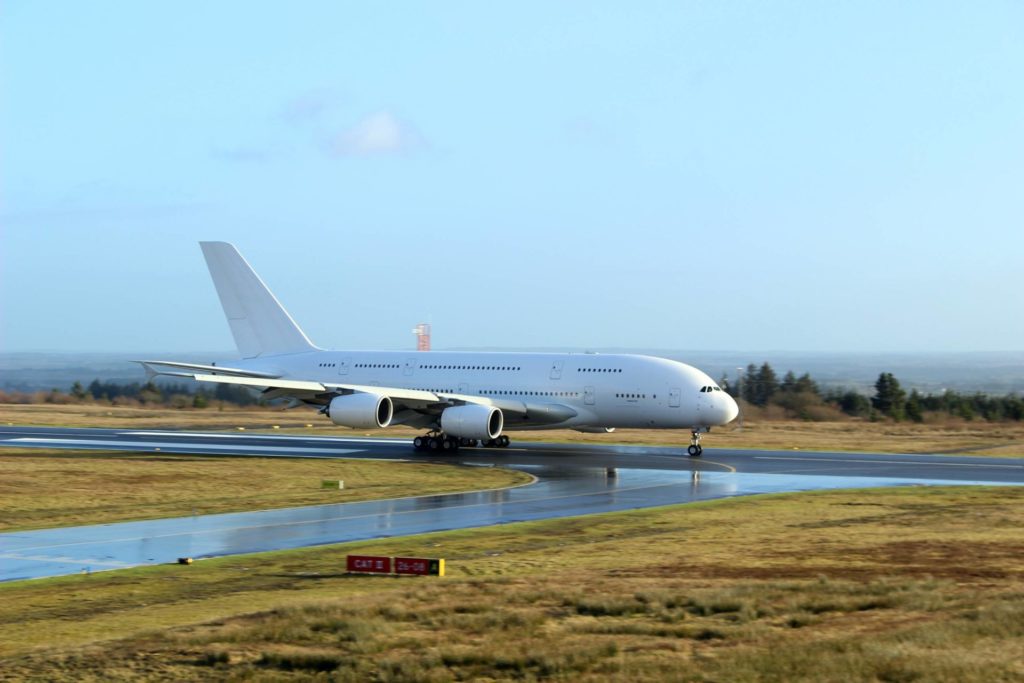 The magnificent Airbus A380 on the runway at Ireland West Airport Knock after landing on February 20.

The plane, of course, is in good company, with that former beast of the skies, the Airbus 380, still on the apron in Knock and dominating the East Mayo skyline having flown in on February 20 this year. It was the biggest plane ever to have touched down at the Mayo airport and potentially the first of four Airbus 380s to be scrapped there.
Imminent lockdown restrictions ended up preventing Eirtrade Aviation, the aircraft sales and parts firm with an operation at Ireland West Airport, from stripping the plane for redistribution, but work on dismantling the four huge 70,000lb thrust engines is believed to have commenced recently.
And with this latest arrival, things are beginning to pick up again at Ireland West Airport Knock in more ways than one.