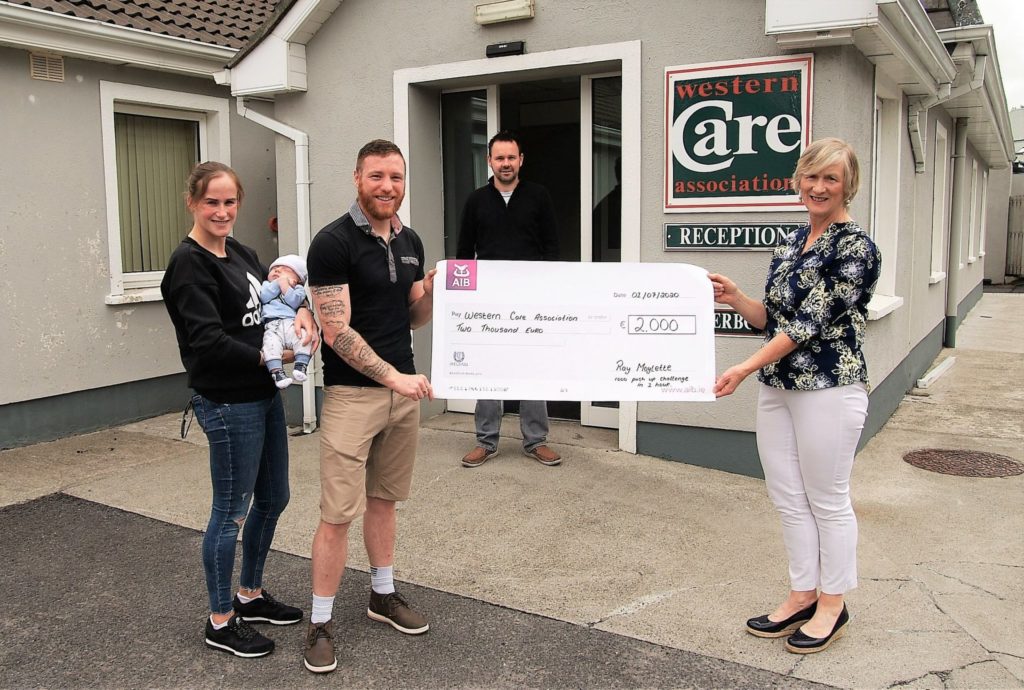 Local charities are better off to the tune of €16,000 as a result of an incredibly challenging fundraising effort by a top Mayo sports star.
Professional boxer Ray Moylette set himself the challenge of completing 1,000 push-ups in just one hour – or just over sixteen push ups every minute for sixty minutes.
The former World Junior and European Senior champion came through his task with flying colours and in the process managed to raise an impressive five-figure total that he has distributed among four local organisations.
Pieta West, the suicide prevention group, has received €8,000 from Ray’s efforts, €4,000 has gone to Mayo University Hospital and €2,000 apiece to Western Care Association and the Sacred Heart Home, Castlebar.
“If one hour of suffering and pain can raise much needed funds for all those working so hard on the front line, and provide support to people and communities suffering with Mental Health in this challenging time. it will be my privilege,” commented the Islandeady native ahead of his 1,000 push-ups which he completed inside an hour on Friday, April 17 earlier this year.
“What a fantastic achievement,” a spokesperson for Pieta West said in a Tweet this week. “Your support will make such a difference to people who are struggling with suicidal thoughts, self harm and are who bereaved by suicide.”