Charlie’s can-do attitude is an inspiration to all 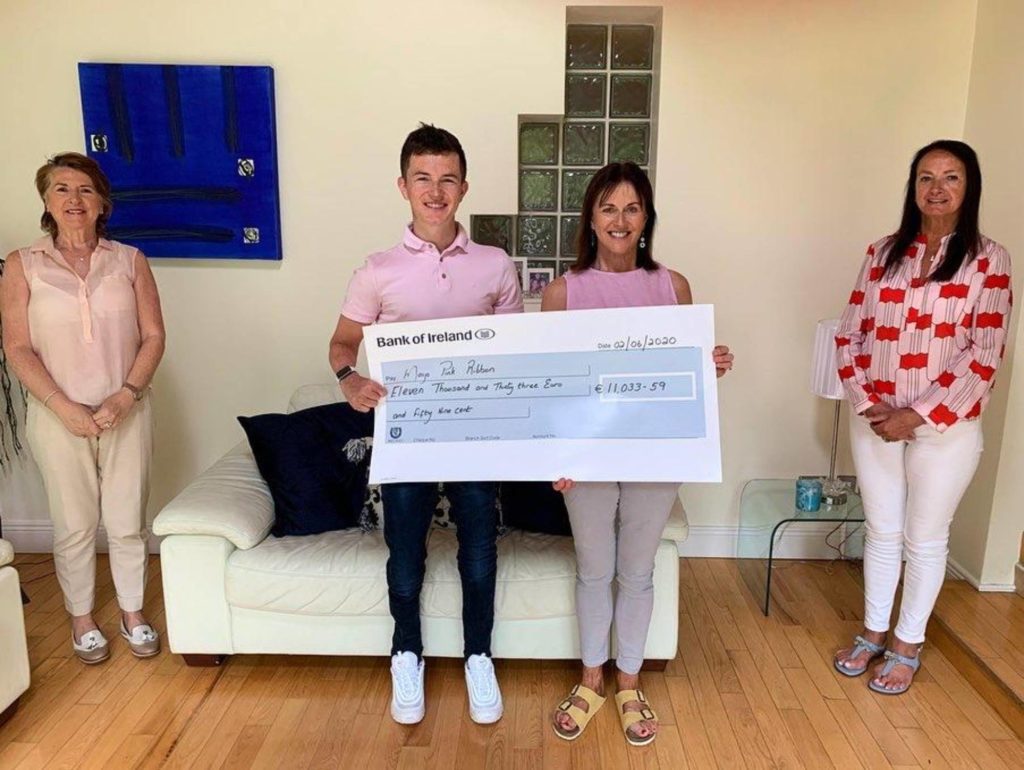 Charlie Gannon is a young man who lets nothing get in his way.

When he was just 11-years-old, Charlie contracted meningitis on Christmas Day. During a 10-month spell in hospital, the Castlebar boy’s left arm was amputated. Medical appointments and hospital admissions continued over the next few years and in October 2018, Charlie’s leg was also amputated, a condition which he continues to adapt to but another challenge he has met head-on.

In fact, just last month, despite restrictions preventing the running of this year’s Mayo Pink Ribbon charity cycle, the 23-year-old decided to take up his own challenge and cycle 50km on a stationary bike at his home in Castlebar. In the process, he raised €11,033 to raise funds for the National Breast Cancer Research Institute.

You see, some years ago, Charlie’s mother, Catherine, was diagnosed with breast cancer, which also impacted on the family who are residents of the Westport Road.

“I saw my mother fight and come through breast cancer and it motivated me last year to do the Pink Ribbon cycle. I saw the services which helped her and wanted to give back to these services so I did the cycle with my uncle, Peter Peyton, on a tandem bike. This year, I wanted to do the cycle myself but unfortunately, it was cancelled due to Covid-19, having a huge impact on the charity’s funds so I decided I still wanted to help.”

Using his prosthetic leg and arm and with the support of friends and family, Charlie completed the 50km cycle on his own.

The bright young man, who has just completed his final exams for a Degree in Commerce, specialising in Finance, shattered his goal of €1,000 to raise €11,033 for the charity through his GoFundMe page.

He is now looking forward to another challenge, his new Dublin-based job where he will work in taxation.