A Swinford woman has avoided a prison sentence after her fourth conviction for driving without insurance. 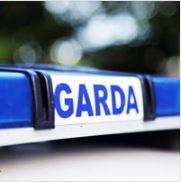 Victoria Moran, 35, of 17 Bollingbrook Drive, Swinford pleaded guilty at Ballina Court to driving without insurance and a driving licence at Lislackagh, Swinford on February 10 last.

Sgt Colm Corcoran told the court that gardaí stopped the defendant when they saw her driving an Audi because they were aware she had been disqualified from driving. She had three previous convictions for no insurance.

Solicitor John Gordon said his client, a single mother of five children, was taking her special needs son to the doctor because he had swallowed plastic and was choking but gardaí had no record of that in their notes.

Mr Gordon conceded that his client had a “bad record” but asked the judge not to imprison her and suggested a suspended sentence might persuade her not to re-offend. She no longer has access to a car, he said.

Judge Fiona Lydon said it was the norm to hand down a prison sentence on a fourth conviction for no insurance. However, she was mindful that Moran hadn’t been given the benefit of a suspended sentence or community service in the past and she didn’t think it reasonable on the defendant’s children and, in particular, her special needs son, to incarcerate her.

The judge imposed a six-month prison sentence, suspended for two years, but warned the defendant if she comes before the court again on a no insurance charge she will be facing jail.

Moran was also fined €750 and disqualified from driving for six years. Recognisances were fixed in the event of an appeal.