First flight lands at Knock Airport after suspension is lifted 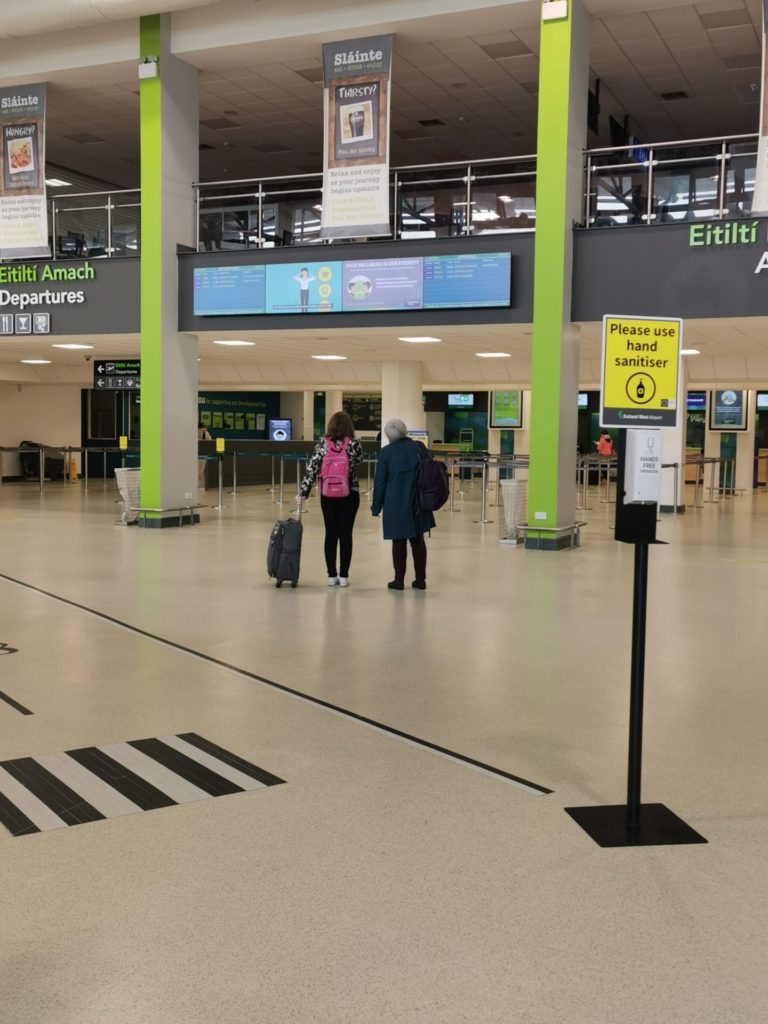 Passengers were greeted by a vastly different Knock Airport this morning, which had its first flight for 91 days today.

A small number of outbound passengers, the vast majority of whom were wearing face masks, trickled through the door ahead of the first flight departing Knock since the shutdown, a Ryanair flight bound for London Stansted at 9.55am.

Passengers were mostly enthusiastic about the flight, given the measures that were in place. Ger Mohan, from Headford, Co. Galway was returning to London for work having spent the last seven weeks in Ireland.

“I’m feeling grand about this flight and have no nerves,” said Ger. “For me, it is business as usual. Reality has to go on again.”

Some travellers were anxious about heading for London, given the easing of restrictions in the UK. Donna and Sean, a young couple who had planned to move from London to Sligo, had waited three months to travel to collect their belongings from their old home, and expressed concerns over the situation in the UK.

“We’d feel a lot safer in Ireland at the moment, it is chaotic over there,” said Donna. “No one seems to socially distancing or to be taking it seriously. I get that everyone wants to get back to normal but that doesn’t look like it’ll happen anytime soon.”

Sean added: “Common sense prevails in these situations by doing things like wearing a face mask and washing your hands and following the two-metre rule. London is where we’d be more anxious about these things.”

The first passengers returning to Knock came through the arrivals gate around 9.30am, landing from London Stansted. Ireland West Airport is well known for emotional reunions, particularly around Christmas time, but there wasn’t many people waiting at the gate this time. Brendan Kelly, from Calry, Co. Sligo, was waiting to greet his son Gearoid, an NHS worker, who had come home for the first time since Christmas. 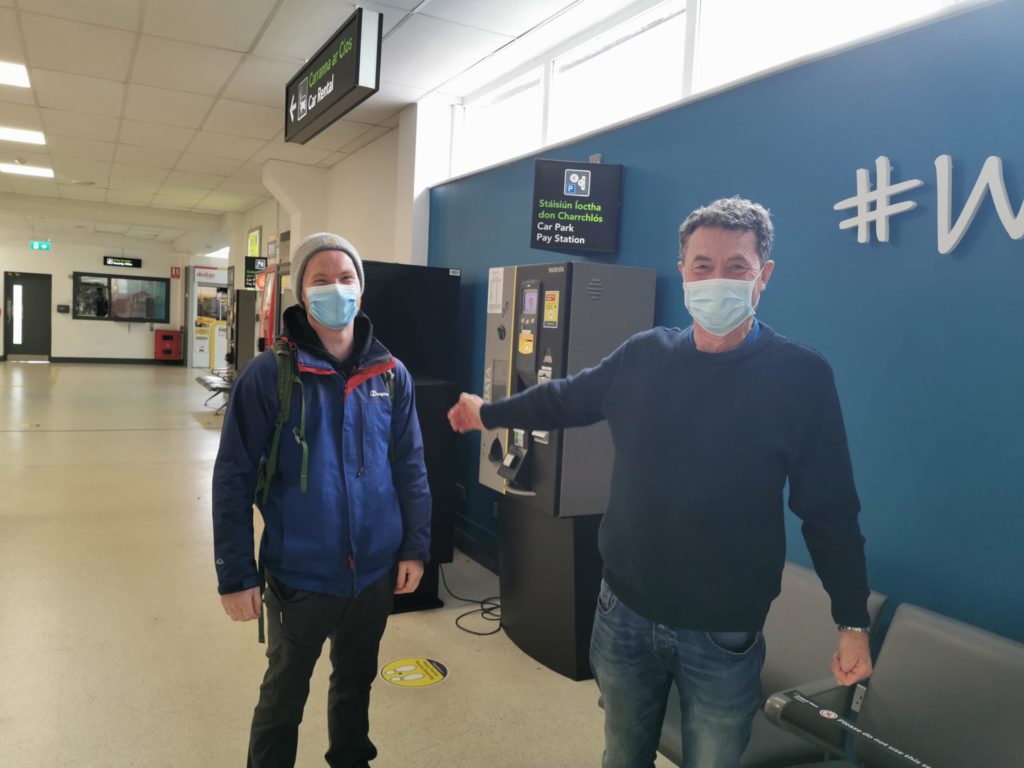 REUNITED: Gearoid Kelly, who works with the NHS in London, was reunited with his father Brendan for the first time since Christmas today.

“I am really looking forward to Gearoid’s return even if I can’t hug him properly because of social distancing,” admitted Brendan.

Gearoid said he had had some concerns about flying but found the layout of the plane to be calming.

“The flight was grand, there was plenty of space around us and everyone was wearing masks which made things much calmer.”

Donal Healy, the Head of Marketing and Route Development at Ireland West Airport Knock, said he is optimistic about the upcoming months.

“The first flight in from Stansted had a nice crowd on it and I’m glad to say everyone was adhering to the new guidelines, wearing face coverings, filling the Passenger Locator forms to completion and maintaining physical distancing as they came through the arrival gate. As a first flight it went very smoothly and hopefully it will remain like that for the foreseeable future.

“We’re hoping that up to 60 per cent of our schedule will operate over the next couple of months and if the airlines start to see an increase in demand, they’ll restore other routes in the coming months. We would be hoping that if travel restrictions are eased over the coming months and people keep adhering to the new measures, we’ll see restored confidence for travel.”

Watch footage of the first flight landing at Knock Airport for 91 days below.

First flight arriving at Knock from London Stansted after 91 days from Western People on Vimeo.