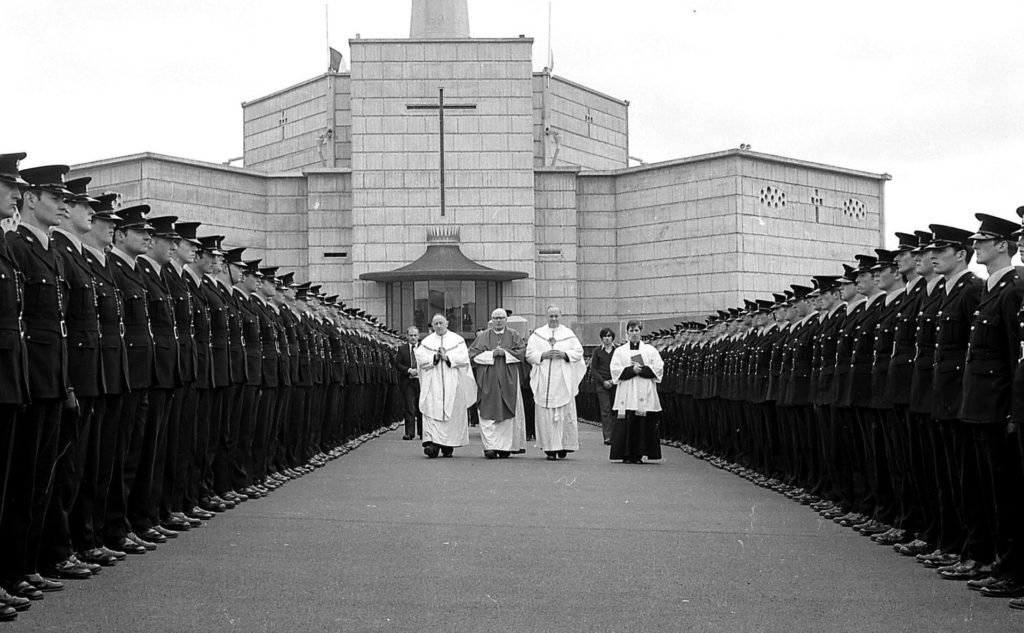 Members of the Gardai form a guard of honour as the funeral cortege of Garda John Morley and Garda Henry Byrne, led by Archbishop Joseph Cunnane, makes its way out of Knock Basilica, 1980.

40 years has passed since Detective Garda John Morley and Garda Henry Byrne died in the line of duty, and a ceremony in their memory is planned for the anniversary of their deaths on July 7.

The Garda Commissioner Drew Harris is expected to attend the event at Shannon’s Cross where the two fathers lost their lives after intercepting bank robbers who had held staff and customers of the Bank of Ireland in Ballaghaderreen at gunpoint before making away with £35,000. 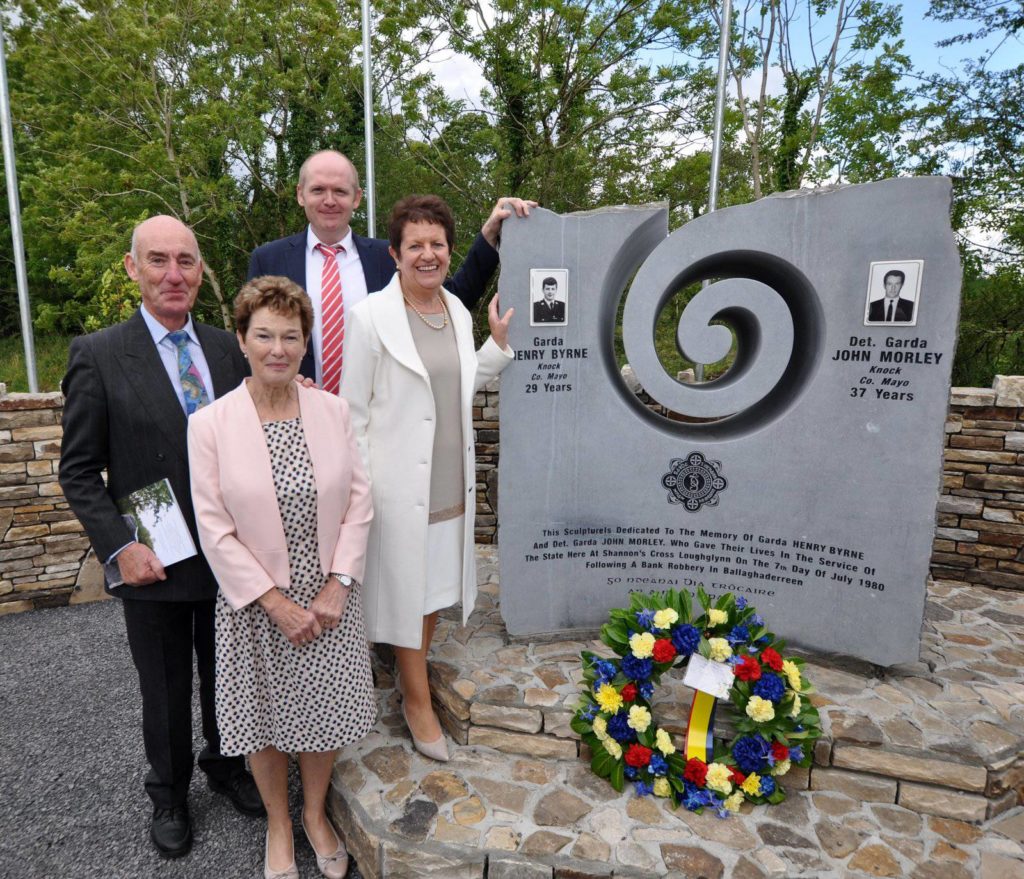 Anne Byrne, Frances Morley, retired Garda Derek O’Kelly and Ciaran O’Malley (son of the late Sergeant Micheal O’Malley) at the unveiling in 2017 of a memorial at Shannon’s Cross remembering Detective Garda John Morley and Garda Henry Byrne. Garda O’Kelly and Sergeant O’Malley were passengers in the Garda Patrol Car along with Morley and Byrne on that fateful day in 1980.

The culprits opened fire on the four gardaí in the patrol car and the two Knock natives lost their lives.

Det Gda Morley (37), a senior footballer with Mayo left behind his wife and three children and Gda Byrne (29), a native of Knock, was mourned by his expectant wife and two children.

Both were posthumously awarded the Scott Medal and in 2017 a monument in their memory was erected at Shannon’s Cross.

Next Tuesday their families and former colleagues will gather at 2pm at the spot where they lost their lives, and at 2.20pm church bells will ring out at churches in Roscommon and in their native Knock to mark their passing.

The event will be all the more poignant because of the fatal shooting of another Mayo garda, Detective Colm Horkan, in nearby Castlerea town just a fortnight ago.