Ballina’s Aaron Hannon has just been named as one of Junior Chambers International’s (JCI) Top 10 Outstanding Young People (TOYP) of the Year. 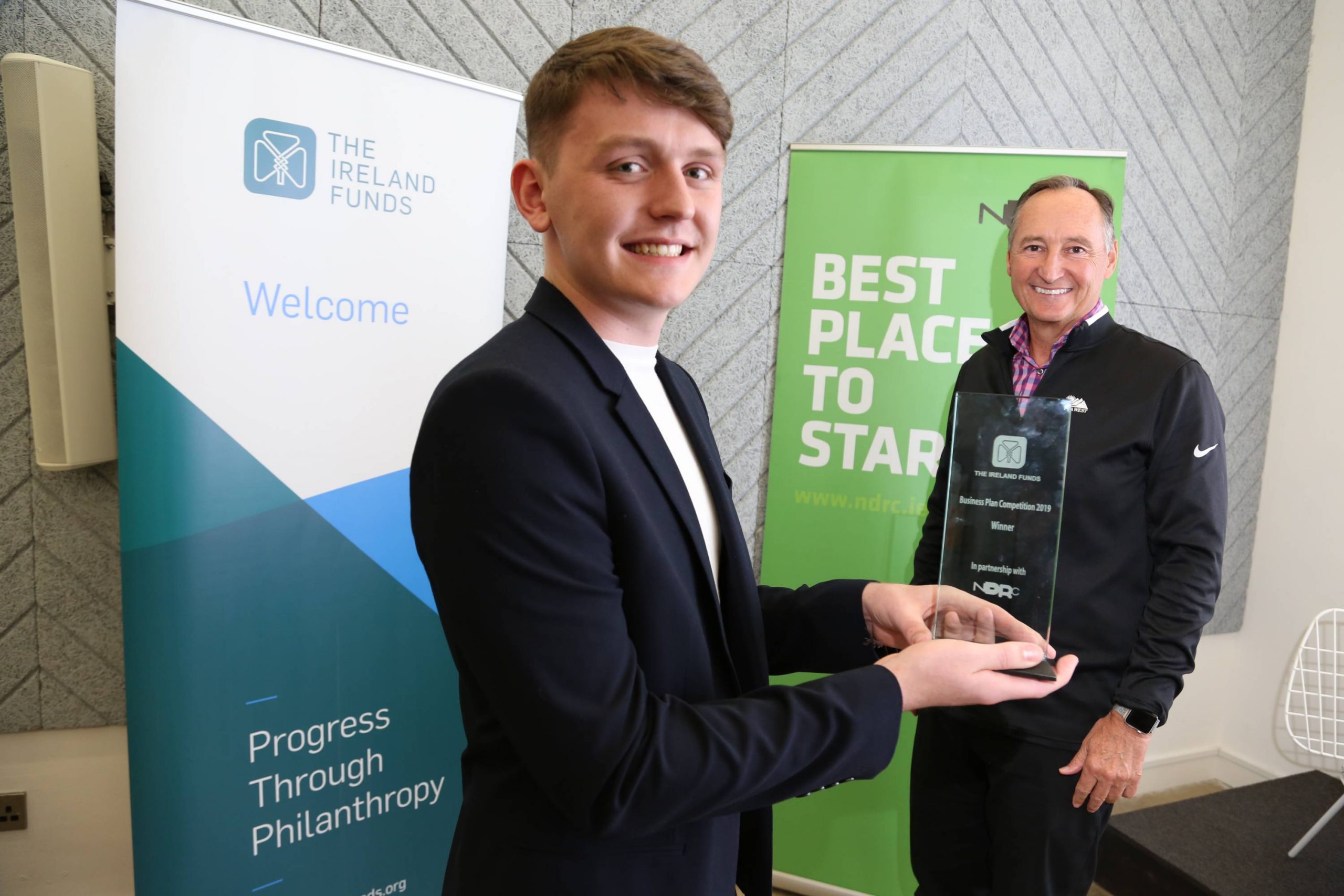 Aaron Hannon receiving his award as the winner of the 2019 Ireland Funds Business Plan Competition for his project to prevent hair loss during chemotherapy. Also included is Bill McKiernan, Ireland Funds America Board Director.

On June 14 last it was confirmed that Aaron was among 20 young people from all over the world shortlisted for the annual TOYP honour which formally acknowledges 10 incredible young leaders under the age of 40.

These individuals exemplify the spirit of the JCI Mission and have extraordinary accomplishments regarding individual development, business and entrepreneurship, community action and international cooperation.

Aaron, who is a son of David and Sharon Hannon from Quignalegan on the Sligo Road, was nominated for his endeavours in the field of medical innovation.

A past pupil of the Quay NS and St Muredach’s College, he has been winning awards, competitions and academic honours since his teenage years for his skills in the fields of entrepreneurship and innovation and is currently studying engineering at NUI Galway where he is also engaged in ongoing research in medical innovations.

The TOYP awards included a public vote element this year as well as the formal adjudication process which was presided over by a panel of prestigious judges.

This afternoon, following a record-breaking 77,206 votes cast, the judging panel unveiled the ten young active citizens selected to receive the international TOYP honor for exceptional service and for generating positive change and Aaron is among them.

Reacting to the news on Twitter an hour ago, Aaron said he was extremely honoured to have been selected as one of the winners.

“I’m so grateful to be nominated and selected – all made possible by amazing colleagues at NUI Galway, friends and family,” he wrote.

Aaron and the nine other TOYP nominees will be recognized at the official JCI Awards Ceremony at the 2020 JCI World Congress this November.