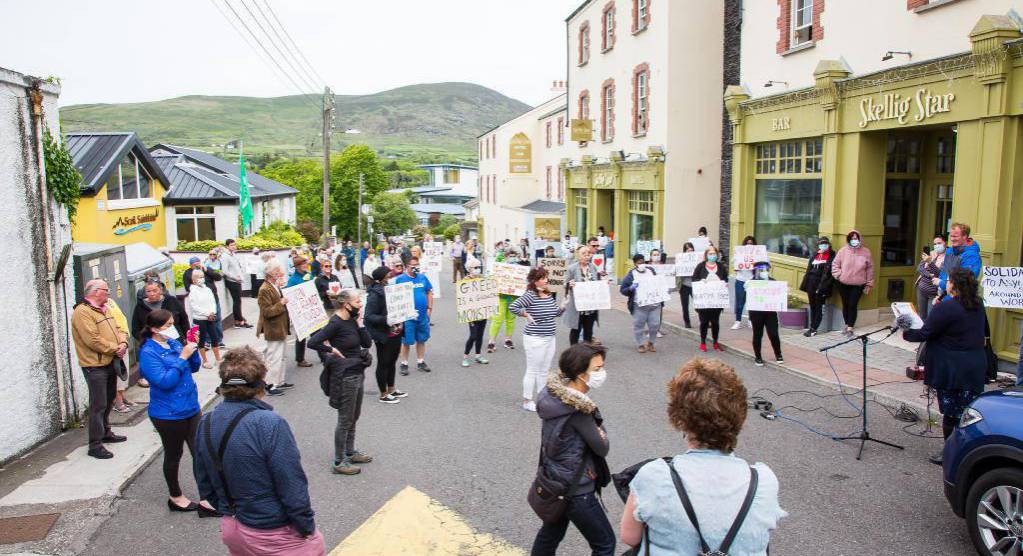 An advocacy group is calling for a task force with a budget to be set up to push through the abolition of Direct Provision.

The Jesuit Refugee Service says progress on the last roadmap for change was “uneven, delayed, and at times only reluctantly undertaken”.

Its national director Eugene Quinn says the goal of abolition could be achieved if applications are sped up — and local councils take over providing housing.

Mr Quinn says: “For example, maybe in Limerick they might receive 500 to take 10% of distributed [asylum seekers] under a key.

“And then maybe 10 towns around acting as spokes might be able to receive 20 and that would need to be built into local housing planning and provision.”

Widespread attention was brought to the direct provision system in Ireland in recent months by protesters as part of Black Lives Matter demonstrations.

Controversy over a direct provision centre in Caherciveen Co Kerry brought considerable attention to the system as well during the Covid-19 lockdown.

More than 100 residents were transferred to a new direct provision centre established at The Skellig Star Hotel in Caherciveen in March, during the pandemic.

Over 25 people later tested positive for Covid-19, with the first case within a day of arrival.

However, the community was not informed by the HSE or the Department of Justice of any outbreak until much later.

Covid-19: One person has died and 11 new cases confirmed