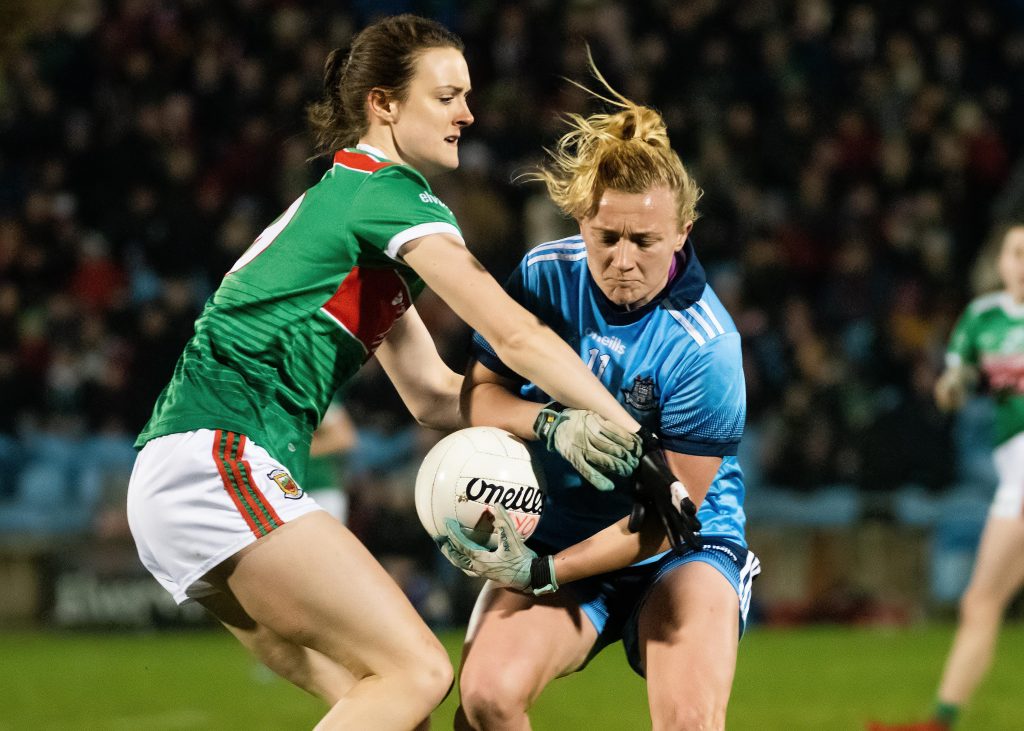 Mayo and Dublin could be on course to meet in this year’s revised All-Ireland LSFC semi-final as a result of Tuesday night’s draw.

The draw for the revised 2020 TG4 All-Ireland Ladies Football Championships was conducted in Portlaoise this evening (Tuesday), with Mayo drawn in the same group as two of the teams they overcame en route to reaching last year’s semi-finals.

Mayo, along with the other 2019 semi-finalists Dublin, Galway and Cork, were seeded for the Senior draw.

Peter Leahy’s side has been drawn against Ulster rivals Armagh and Tyrone in Group 4 of the round-robin phase of the championship. But with only four groups of three in operation, it’s only the winners of each group who will advance to the semi-finals – and that could mean a sticky last four clash for the Green and Red should they get there. The winners of Group 3 have been drawn to play the winners of Group 4, which contains reigning All-Ireland champions Dublin, Donegal and Waterford. The Dubs are aiming to lift the Brendan Martin Cup for a fourth consecutive year.

Galway, the 2019 runners-up, have been drawn with last year’s Intermediate winners Tipperary and Monaghan in Group 2, while 11-time champions Cork will battle it out with Munster rivals Kerry, and Ulster representatives Cavan, in Group 1.