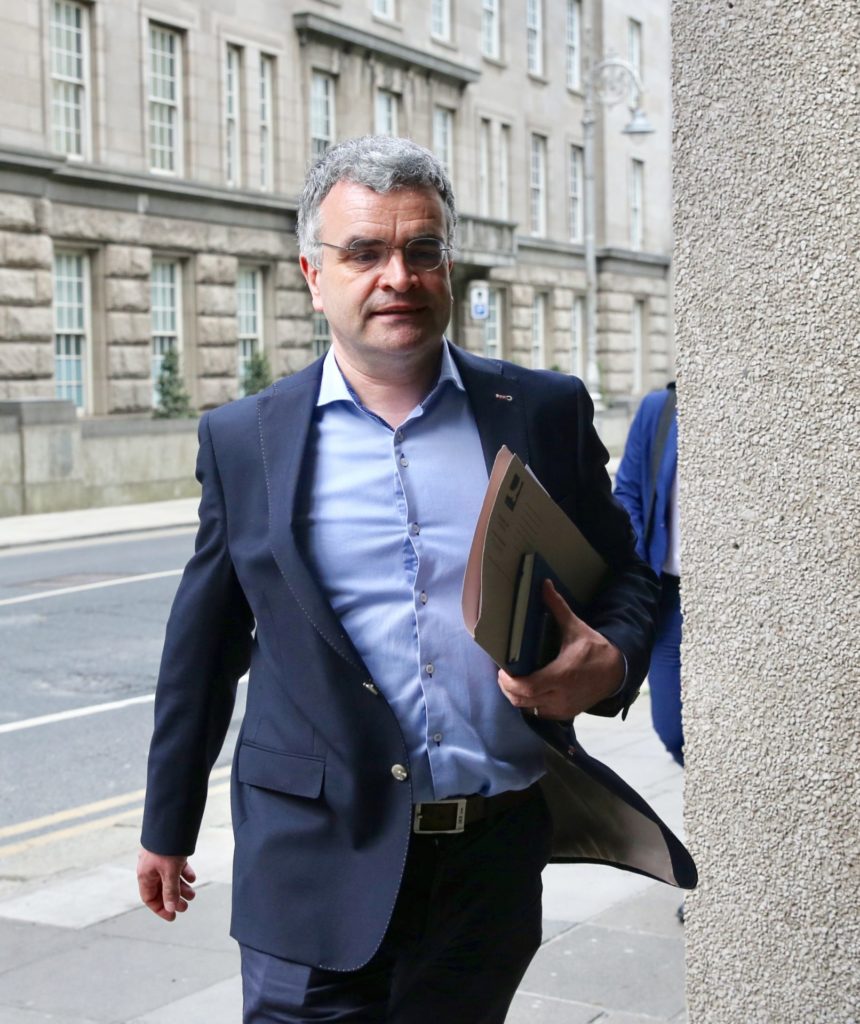 He said he was disappointed – and you could hear the emotion in his voice – but Dara Calleary has this morning defiantly vowed to make sure there is a “golden sky” for Mayo and for the West of Ireland as a result of his snubbing as Minister in the new Government.
Fianna Fáil’s Deputy Leader was believed to be a shoo-in for one of the top portfolios in the three-party coalition but instead became FF leader and newly elected Taoiseach Micheál Martin’s choice as Chief Whip – a position that gives the Mayo TD a seat but no vote at Cabinet.
Grassroots party members are enraged at what they perceive as a slight on Calleary who has been one of Micheál Martin’s staunchest allies, and the Ballina man has admitted to being “absolutely blown away” by the level of support he has received since Saturday. But the anger is more widespread than within just the Fianna Fáil party; with Fine Gael’s Michael Ring also relinquishing a Senior Ministry, the make-up of the new Government has left around 1.2million people along the entire western seaboard from Donegal down to Limerick and a large swathe of the Midlands without any representation at Cabinet.
Confirming media reports that all Fianna Fáil’s ministerial positions had been allocated by the time Micheál Martin called him in for a meeting last Saturday afternoon, Dara Calleary explained the Taoiseach’s reasoning for offering him the role of Chief Whip.
“What he said to me was that the Chief Whip’s role is going to be incredibly difficult in a three-party government and he had identified me as the person with the skills and the abilities to work with the three parties to ensure we implement the Programme for Government,” Calleary told Midwest Radio’s Tommy Marren Show today.
“We had a lengthy discussion about it and he was particularly focused on me taking this job. There weren’t any other jobs on the table so it’s really academic whether I was first in or last in.”
Calleary was then asked if he expressed his disappointment at not being made a Senior Minister at that meeting.
“We had a very difficult conversation and I did… I told him I was disappointed, that I had hoped to lead a department. That’s always been my ambition and I can tell you, that is still my ambition – and it will happen, it will absolutely happen. But I am going to take on the job I have been given.
“The Chief Whip has often been called as the gatekeeper of Cabinet and I will be that gatekeeper and I will be a gatekeeper for the West. I will be a voice for the West and I will be a voice that will not be quiet.
“I’m disappointed today and I know there’s anger but I will work 24-7 to return the support that I’ve got over the past two days and I will work 24-7 from within Cabinet to deliver for Mayo and the West – and I will be judged at the end of this term of Government on how I do.”
Responding to the anger of his own supporters and indeed the general public, Dara Calleary assured them he would be loud, strong and constructive, and work to ensure the Ministers would not forget that the West exists.
“I hear and understand the anger. I’m going to take that anger on and turn it into action. I’m going to let it drive me on around the Cabinet table and show by the end of this Government’s term, that we delivered into the regions.
“I’m a Liverpool fan, and there’s a great line from You’ll Never Walk Alone; ‘At the end of the storm there’s a golden sky’. I’m going to make sure there’s a golden sky for the West out of this.”