A Cabinet fit for Cromwell 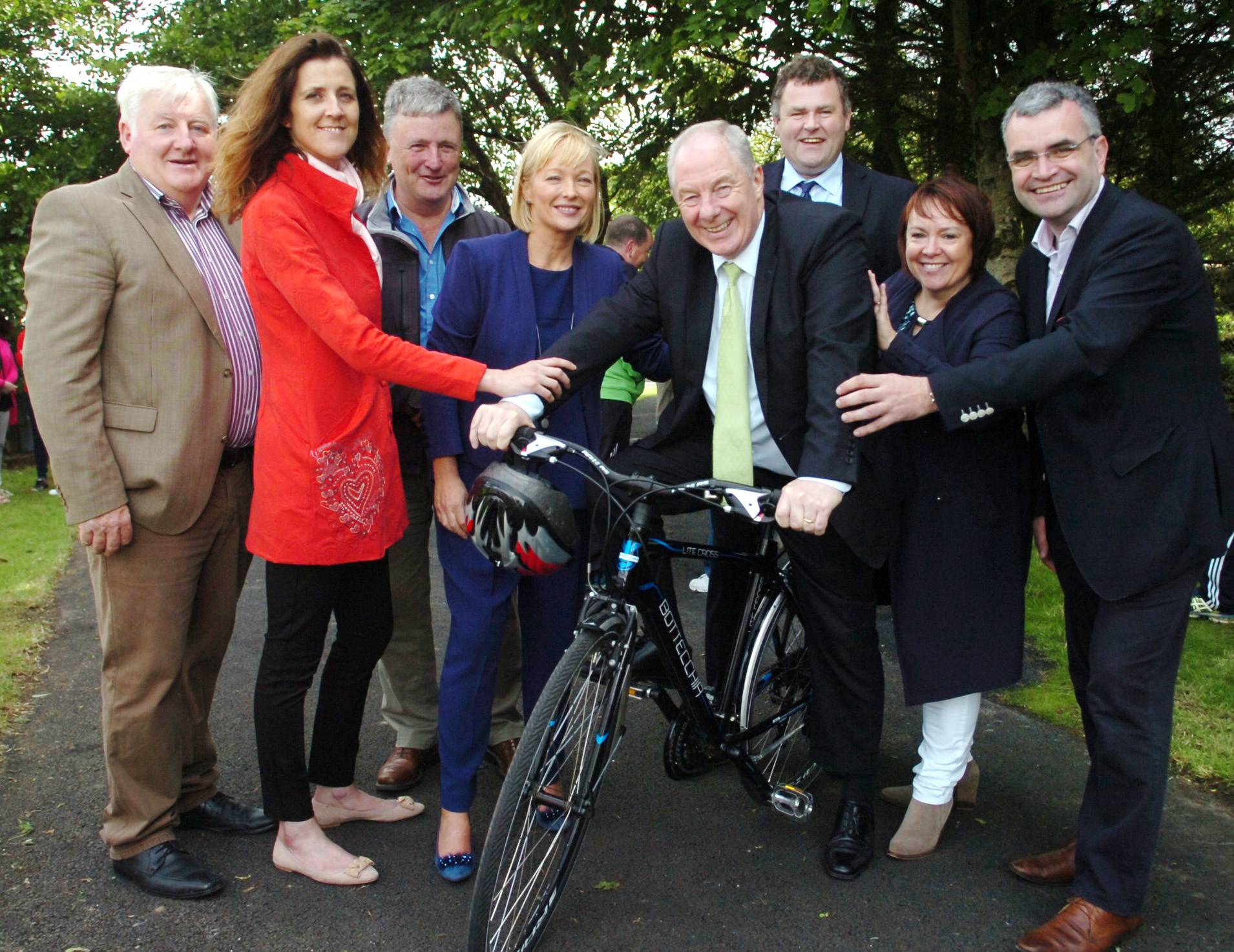 For the first time in the history of the State, the electorate west of the Shannon does not have a vote at the Cabinet table. The decision by new Taoiseach Micheál Martin to essentially shaft his own deputy leader Dara Calleary by appointing him Government Chief Whip – meaning he will sit at Cabinet but won’t have a portfolio or a vote – was as unexpected as it was egregious. Calleary was widely tipped for ministerial promotion and his omission has left many in Fianna Fáil utterly flabbergasted.

But the Ballina man’s exclusion from the Government’s ‘First 15’, coupled with the demotion of Fine Gael Minister for Rural and Community Development Michael Ring, is about much more than the machinations of party politics. A vast swathe of the country, stretching from Malin Head in Co Donegal to the Shannon Estuary and from Blacksod Bay to the banks of the Shannon in Athlone has – for the first time – been left without a vote in an Irish Government. The area consists of ten counties – the five counties of Connacht, Donegal, Westmeath, Longford, Clare and Limerick – and contains more than 1.1 million people.

Bad enough to leave the people of such a vast area disenfranchised, but this new administration has added insult to injury by filleting the Department of Rural and Community Development and throwing its carcass to the Department of Social Protection. What sort of message does that send out to the people of rural Ireland? That your future is in social welfare payments!

The composition of the new Cabinet is so breathtakingly dismissive of rural Ireland that one wonders how Micheál Martin and Leo Varadkar – leaders of parties who purport to be national – could sign off on such a shameful monument to regional imbalance. One constituency in Cork – Micheál Martin’s stomping ground of Cork South Central – has three TDs at Cabinet, Co Wicklow has two while another nine are within a short drive of the M50. Yes, Mayo has a Super-Junior in Dara Calleary and another by birth in Pippa Hackett, while Galway has its Super-Junior in Hildegarde Naughton, but the role of Super-Junior Minister is akin to being a non-playing substitute on All-Ireland Final Day.

The new Cabinet is the ultimate and final betrayal of the people of the West, the people of rural Ireland, the people who get up early and go to bed late just to keep the lights on in towns and villages buffeted by one economic storm after another since the turn of this millennium. Yesterday in the National Convention Centre in Dublin, the triumvirate of Micheál Martin, Leo Varadkar and Eamon Ryan unveiled a Cabinet that Oliver Cromwell would have been proud to call his own. To hell or to Connacht, indeed. 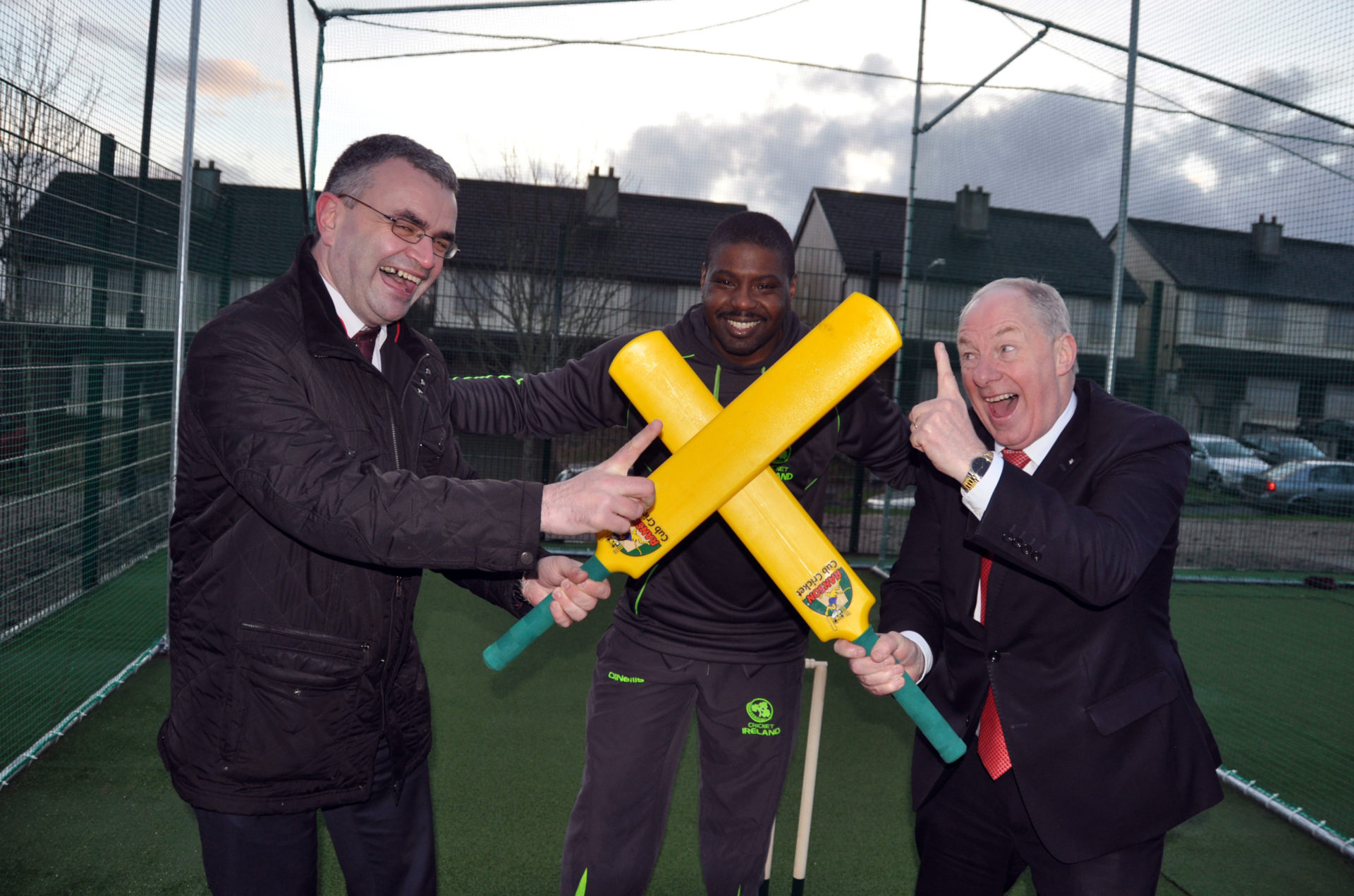 The then Minister of State Michael Ring and Deputy Dara Calleary share a joke ahead of Election 2016 at the official opening of the new cricket ground in Ballyhaunis with Ingram Jones of Cricket Ireland. Picture: John O’Grady Photography

Ironically, in shafting Dara Calleary and in sidelining Michael Ring, our three ‘wise’ leaders could not have chosen two men in Dáil Éireann whose personal stories carry a more powerful resonance in this new era of post-Civil War politics. They say Micheál Martin is a keen student of Irish history. Well, he clearly didn’t research Mayo role’s in the struggle for Irish independence and, in particular, the unique and tragic ties that bind these two members of the 33rd Dáil.

In 1916, Killala-born Alfie Calleary was an engineering student at NUI Galway and a key member of the college’s Volunteer Batallion. On learning of the Rising in Dublin, Calleary made valiant efforts to reach Craughwell and Athenry where Volunteer colleagues under Liam Mellowes were staging their own modest rebellion. Meanwhile, in Westport, Joe Ring was poised for armed insurrection but the order never came from Dublin; in the end, young Ring took his band of Volunteers on a march through Westport after learning that Pearse and the rebels had surrendered, a manoeuvre that prompted the British authorities to later arrest Ring and 30 other Westport men. They were transported to prisons in England, including Frongoch, where Ring befriended some of the survivors of the Rising, among them Michael Collins.

Alfie Calleary and Joe Ring finally got their chance to fight for Irish freedom in the subsequent War of Independence and both served their county and country admirably, Calleary in the North Mayo IRA Brigade (and later while on the run in Co Cavan) and Ring in the famous ‘Men of the West’ Flying Column. Indeed, Joe Ring and the ‘Men of the West’ were on the run this very week 99 years ago, hiding out in the Nephin mountain range after the Carrowkennedy Ambush, which was one of the biggest military engagements of the War of Independence.

Like so many of those freedom fighters, Calleary and Ring tragically went their separate ways after the signing of the Anglo-Irish Treaty. In September 1922, Alfie Calleary was part of a 150-strong group of anti-Treaty forces that seized Ballina; Joe Ring, then a Brigadier in the National Army, was drafted in to retake the town. The Irregulars, as they were called, retreated towards Bonniconlon where Joe Ring lost his life in a fierce firefight. Calleary survived and went on to become town surveyor in Ballina and later a TD, having helped to found Fianna Fáil with another great Mayo man PJ Ruttledge.

A century later, Alfie Calleary’s grandson and Joe Ring’s grandnephew deserved better from the so-called ‘leaders’ of an independent nation they fought so heroically to create; and so, too, did the people of the West. When Ireland lay broken and bleeding, it was the men (and women) of the West who sacrificed their livelihoods, liberty – and, in some cases, their very lives – to raise her up to the dignity of an independent nation. We fought in the West. From Malin Head to the Shannon Estuary and from Blacksod Bay to the Shannon in Athlone, we fought for our country’s independence; and it is utterly shameful that in this Decade of Centenaries we won’t have a single vote at the Cabinet table.

This is, indeed, the final betrayal of the brave ‘Men of the West’. Was it for this that all that blood was shed?