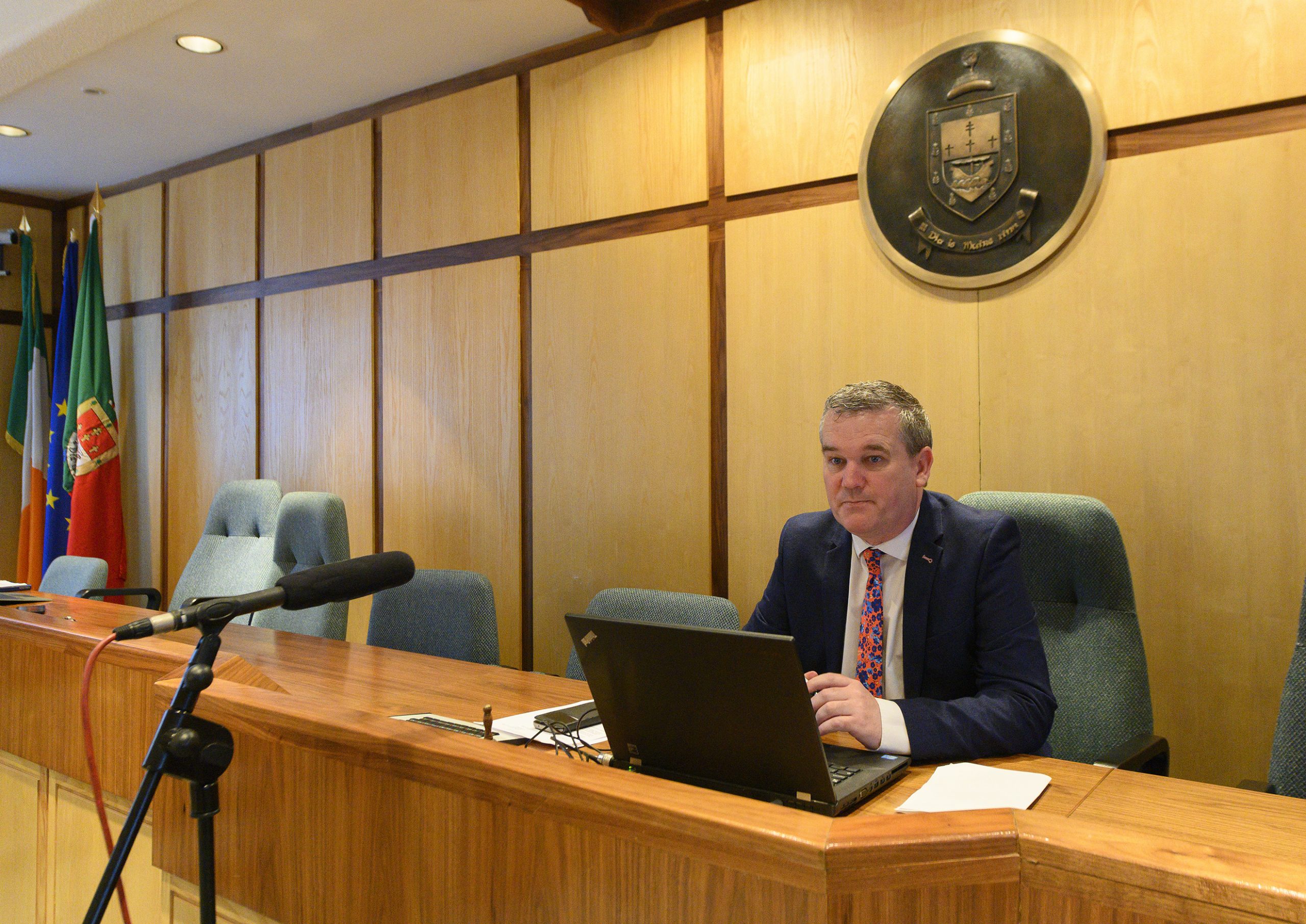 The Comhairle Ceantair of Fianna Fáil in Mayo is holding an emergency Zoom meeting this evening (Sunday) as members struggle to come to terms with the exclusion of Deputy Dara Calleary from new Taoiseach Micheál Martin’s list of senior ministers.

There is absolute fury among the members of Fianna Fáil in Mayo at the decision to appoint the Ballina-based TD to the position of Government Chief Whip, which means he will sit at Cabinet in the new Fianna Fáil/Fine Gael/Green Party government but won’t have a portfolio or a vote. Calleary was one of the chief negotiators of the programme for government and was widely expected to receive a senior ministry, but has instead been made Chief Whip.

The Mayo Comhairle chairman, Michael McNamara from Achill, today told the Western People that he feels the west has been let down in the formation of the new cabinet.

“I presume it was a decision made by all three people, Micheál Martin, Leo Varadkar and Eamon Ryan, and it is very disappointing that there’s no senior minister along the western seaboard, from Limerick up to Donegal,” said McNamara.

“My own personal view is that Dara Calleary, as Deputy Leader of the party and one of the chief negotiators of the programme for government, should have been given a senior ministry, for a number of reasons. Number 1 because he’s Deputy Leader, number 2 because he’s been an excellent TD since first elected to Dáil Eireann, and number 3 because he has definitely shown that he has the ability to carry a senior ministry.

“As a matter of fact, I would say that he was Fianna Fáil’s best performer in the media in the lead-up to the general election.

“His day will come, I’ve no doubt about it, but my own view is that his day should have come yesterday.”

Meanwhile, the Cathaoirleach of Mayo County Council, Brendan Mulroy, has described the denial of a senior ministry to his Fianna Fáil colleague Calleary as a “disgraceful decision” and a missed opportunity for the incoming coalition government to deliver to the people of Mayo.

In a statement on his Facebook page today, Cllr Mulroy congratulated Deputy Calleary on his appointment as Chief Whip in the new government but said the Ballina-based TD had been let down by incoming Taoiseach Micheál Martin.

“Politics is a strange game on the best of days but yesterday it was stranger than most,” wrote Cllr Mulroy.

“First of all, I want to congratulate Dara Calleary on being appointed Government Chief Whip. That is where the good news ends.

“Dara Calleary has been a dedicated and loyal FF man through the years and when a lot of people went missing Dara stepped up to the mark.

“He has been a team player for FF and has helped rebuild the party. He is a person who has humanity and dignity.

“Yesterday Micheal Martin let Dara and us in Mayo down when he did not make Dara a full senior Minister. I will call it as I see it. It was a disgraceful decision and a missed opportunity for Michael Martin to ensure delivery to Mayo.”

Cllr Mulroy went on to point out that Mayo and the entire western region is now without a senior cabinet minister after Michael Ring lost his seat at cabinet.

“We are from different political backgrounds but regardless of politics, Michael Ring has constantly delivered to the people of the West and Mayo,” wrote Cllr Mulroy.

“He has been a credit to Westport through the years and he will be a loss.”