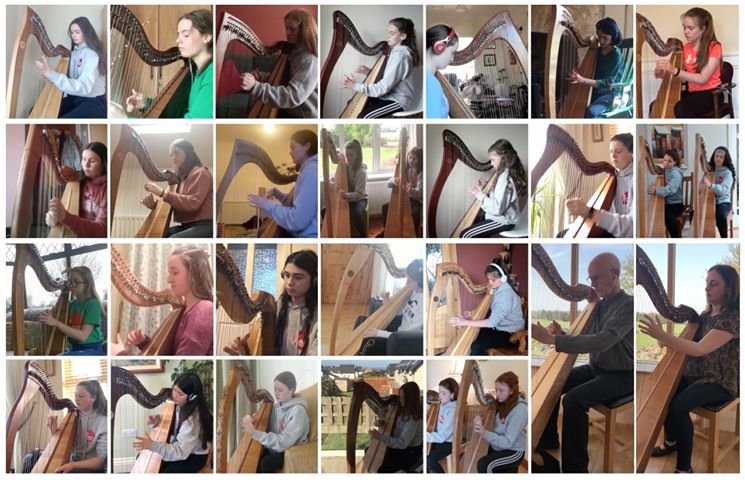 Over 25 Music Generation Mayo Harp Ensemble members, together with Ensemble Directors Gráinne Hambly and William Jackson took part in the recent Cruit Éireann ‘Harps for Hope’ series finale which featured over 200 young harpers from all over the island of Ireland.

The ‘Harps for Hope’ series, hosted throughout the pandemic by Harp Ireland, promoted how “collectively we feel undermined by uncertainty, the harp expresses our togetherness and lends its voice to the fight against Covid-19”.

The finale performance features a well-known love song, Fanny Power, composed by Turlough O’Carolan, which was specially arranged for the occasion by harpist, Aileen Kennedy.

This beautiful arrangement has been dedicated to those who have suffered great loss during the Covid19 pandemic and to front-line workers, who have put their own lives at risk throughout these difficult times.

Among those in support of the young harpers in their performance was President Michael D Higgins, who penned them a letter ahead of the performance.

See the incredibly beautiful performance below.