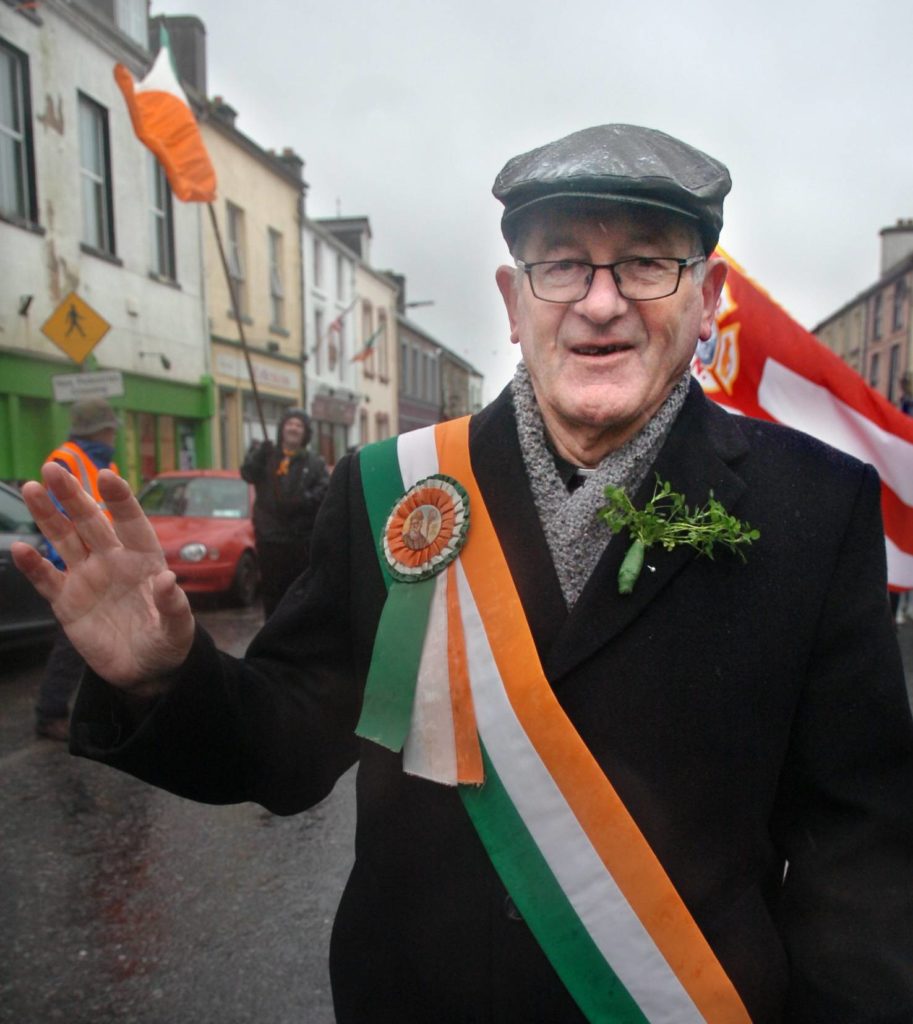 Fr Paddy Kilcoyne was the Grand Marshall for the 2017 St Patrick’s Day parade in Kiltimagh.

The Tubbercurry native was laid to rest in the grounds of the Church of the Holy Family in Kiltimagh, one of the many communities he made home during his 53 years as a priest.

News of his passing saw an outpouring of tributes in towns and villages across the region with some people recounting his gentle words in difficult times, while others spoke of their friendship with Fr Paddy through his love of sport.

He was instrumental in founding Community Games in Mayo in the 1970s and was involved in GAA clubs everywhere he served.

After his ordination in June 1967, he began his priesthood as a curate in Bohola and during that time, he lined out for Kiltimagh GAA Club. He left Bohola in 1970 to teach in St Nathy’s College, but returned a year later and when Bohola GAA was formed in 1974 he transferred from Kiltimagh, a move that saw him win an East Mayo championship that year.

“Fr Paddy was a football man through and through. He played with Kilmovee Shamrocks and was heavily involved in the GAA circles in Swinford and Kiltimagh. He will always be fondly remembered, having had a large impact on those who knew him,” said a spokesperson for Moy Davitts GAA Club.

The club was one of many across the region who held guards of honour as Fr Kilcoyne’s remains were brought from his family home in Ougham to his final resting place in East Mayo on Saturday evening.

Five decades saw him make his home in many communities including Kilkelly, Carracastle, Swinford, Foxford, and Coolaney in Co Sligo.

Fr Kilcoyne was parish priest of Coolaney and former chairperson of Coolaney/Mullinabreena GAA Club club during the 1990s.

“He left an indelible legacy in the community and especially in our club during that time and was an avid supporter ever since. A gentleman to the core, he was a tremendous coach to so many youngsters. We’ve lost a great club servant who was revered and highly respected by all who knew him,” said a club spokesperson.

Kiltimagh held a special place in Fr Paddy’s heart and the local GAA Club organised a guard of honour to accompany his final journey. During his years as parish priest in the town, he rarely missed a GAA game at Gilmartin Park and travelled the length and breadth of the country with the team, always with camera in hand capturing memories. 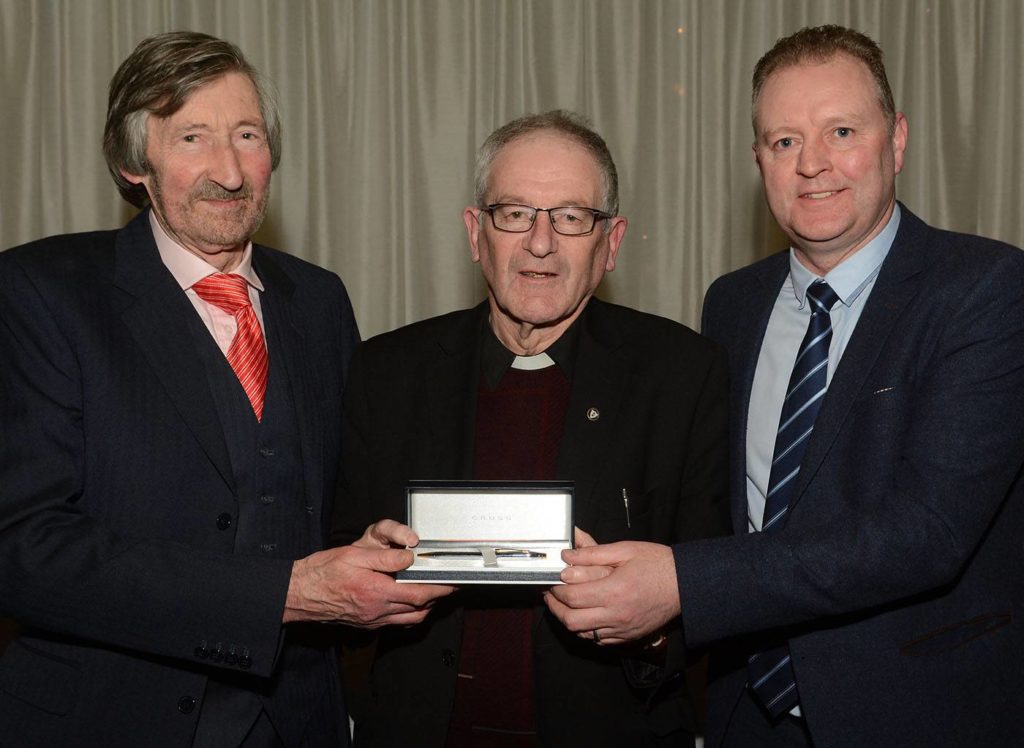 Fr Paddy Kilcoyne was presented a memento in recognition of his association with Kiltimagh GAA Club by Michael D. Freeley and Shane Gilmartin, club chairman.

“Fr Paddy played such a big part in the lives of everyone in the town and wider community,” said club chairperson Shane Gilmartin.

It was there that he celebrated the golden jubilee of his ordination in 2017 and he was grand marshall for the town’s St Patrick’s Day parade that year.

Fr Kilcoyne was predeceased by his father Michael F, mother Mary Kate, sister Bridgie and brother Tommy and is mourned by his sisters Maura and Anne Walsh (Limerick) and brothers Luke, Mickie, and Joe, sisters-in-law, 28 nieces and nephews, 51 grandnieces and nephews, cousins, priests, and people of the diocese of Achonry and a wide circle of friends.

A memorial Mass to celebrate Fr Paddy’s life will be held at a later date.