Miracle of nature ends in tragedy on the Moy in Ballina

A miracle of nature that has held Ballina residents enthralled since mid-May ended in tragedy earlier this week. 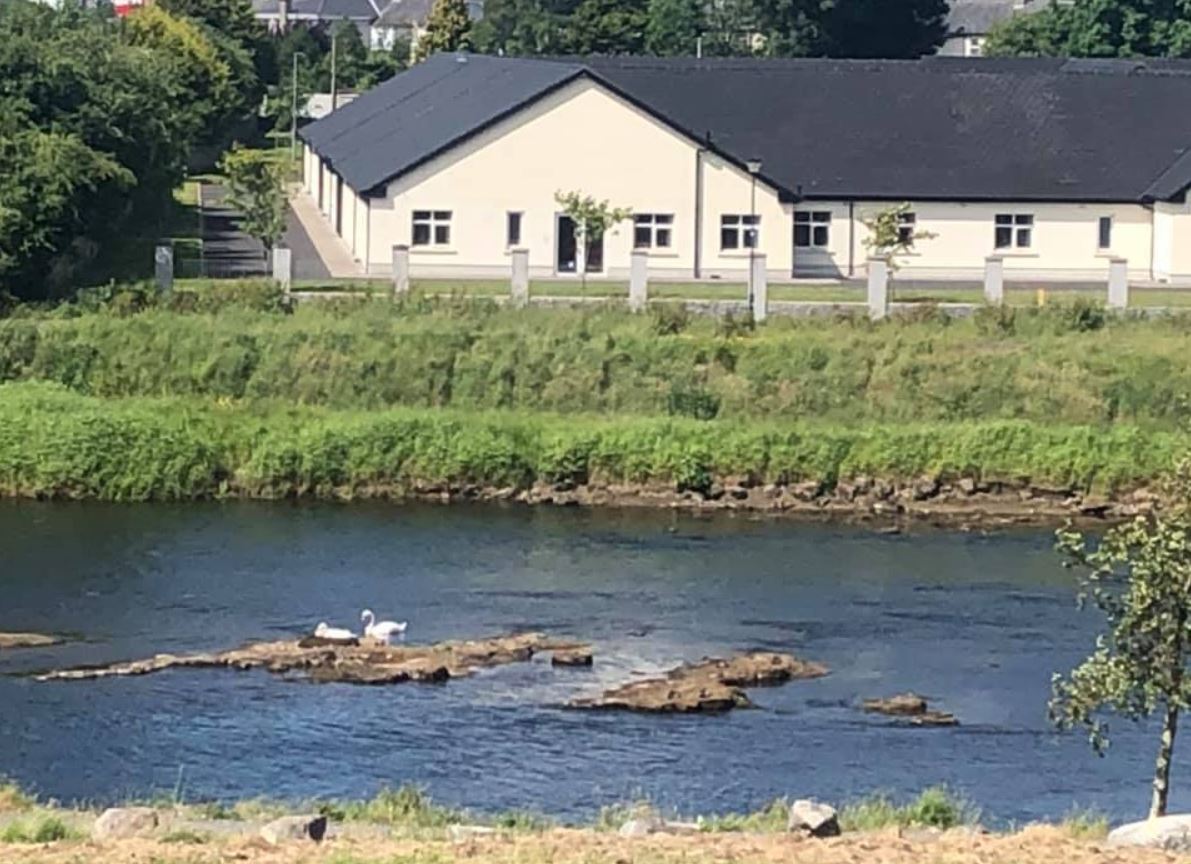 A swans’ nest constructed in an unusually open location in the Canalside area of the River Moy had become the talking point of locals in recent weeks.

The appearance of four eggs in the nest in the closing weeks of May added to the excitement as cygnets have not been seen in that part of the river in a long time but tragedy struck earlier this week when torrential rains brought a long overdue flood to the river.

The nest was swamped and while the eggs remain intact they are believed to have been irreparably damaged and the swans appear to have abandoned the nest.

Several local organisations documented the story of the nesting swans on their social media in recent weeks including the Ballina Salmon Anglers’ Association. 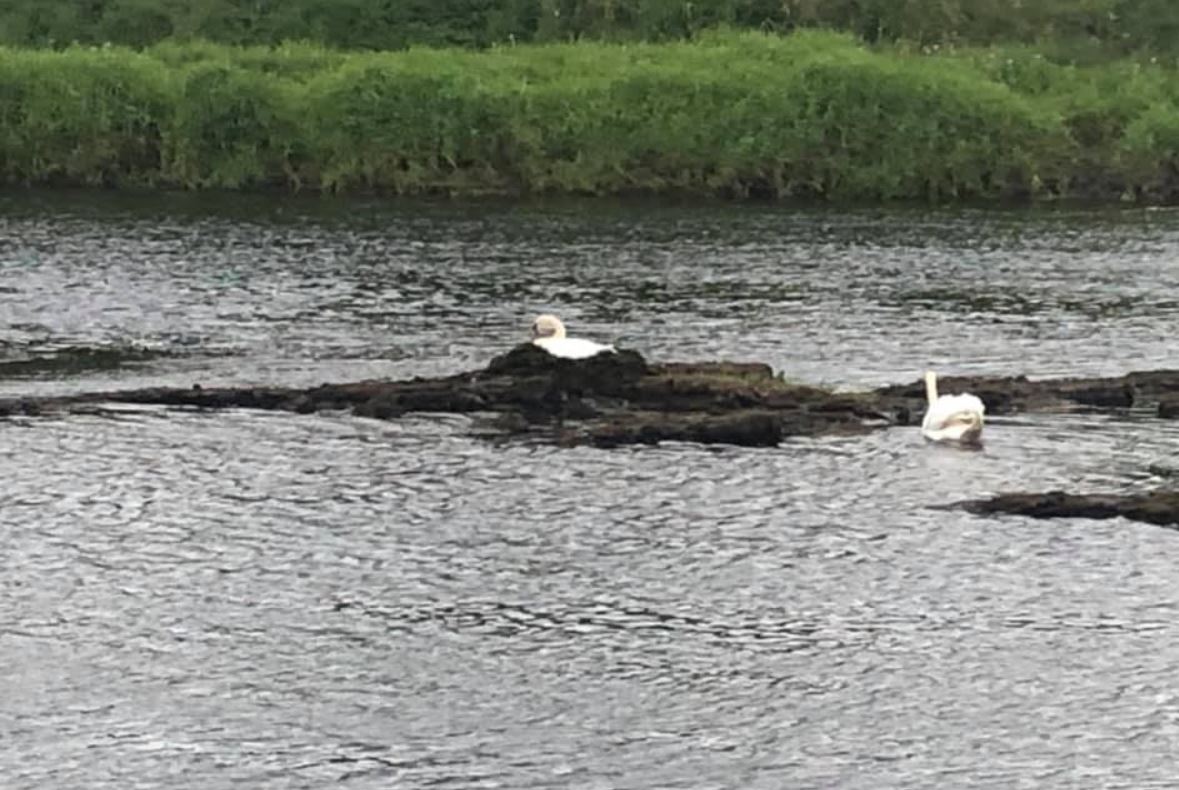 The group’s treasurer Peter McHugh posted regular updates on the nesting swans on their Facebook page.

He told the Western People that the swans captured the public’s imagination as the birds usually nest further downstream and are obscured from view by reeds.

With incredibly dry conditions prevailing on the Moy throughout April and May the mating swans built their nest in plain sight just opposite the Sonas River View Nursing Home.

He told the Western People that the swan eggs were just days away from hatching when disaster struck last Monday as heavy rains saw the river waters rise steadily.

By early afternoon on Tuesday the swans could be seen desperately trying to protect and rebuild their nest but their home and precious eggs were ultimately submerged.

Locals were gripped by the story and watched in horror as the eagerly anticipated miracle of nature turned into a heartbreaking tragedy. 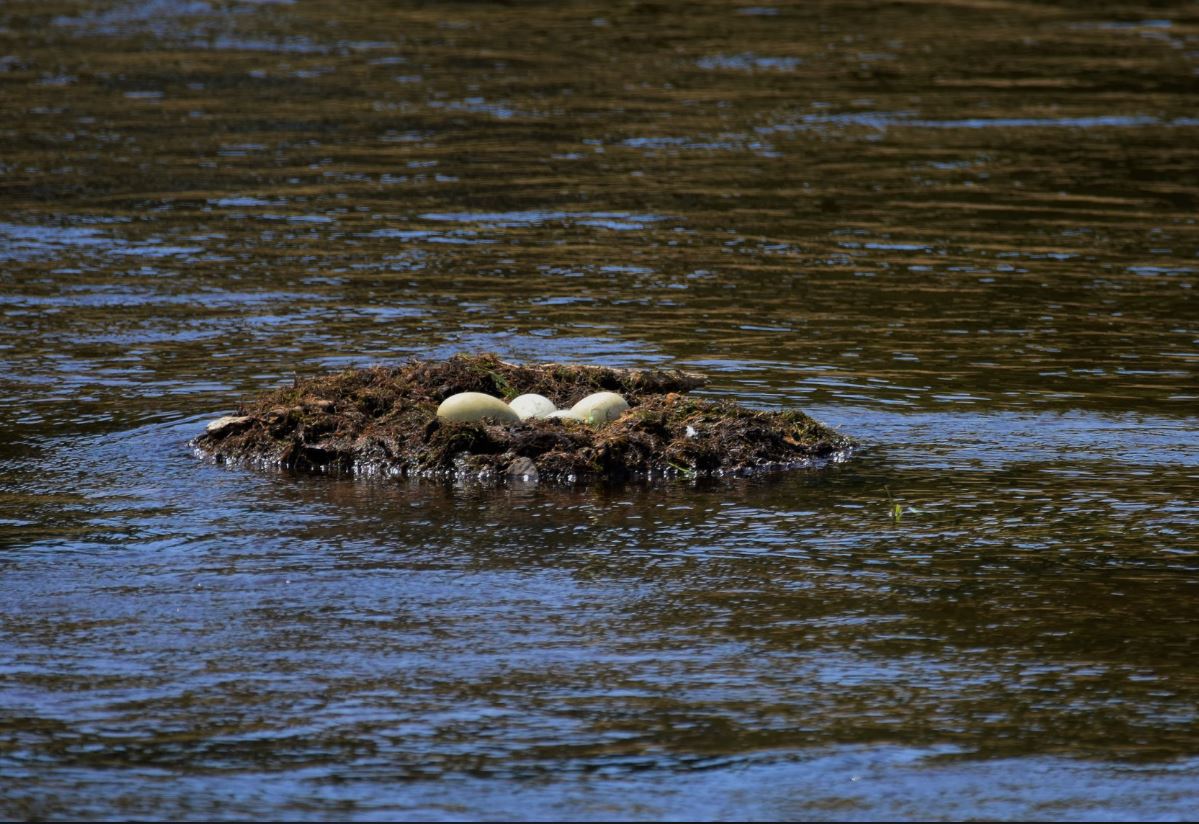 The swamped nest and ruined eggs reappeared as the flood waters receded on the Moy on Wednesday evening. Pic courtesy of Robbie Reynolds.

There is devastation all round at the cruelty of nature but swans mate for life so the cob and pen will hopefully learn from their mistakes and select a safer location for their next nest and brood.