Mayo footballers will have to renew their relegation dogfight 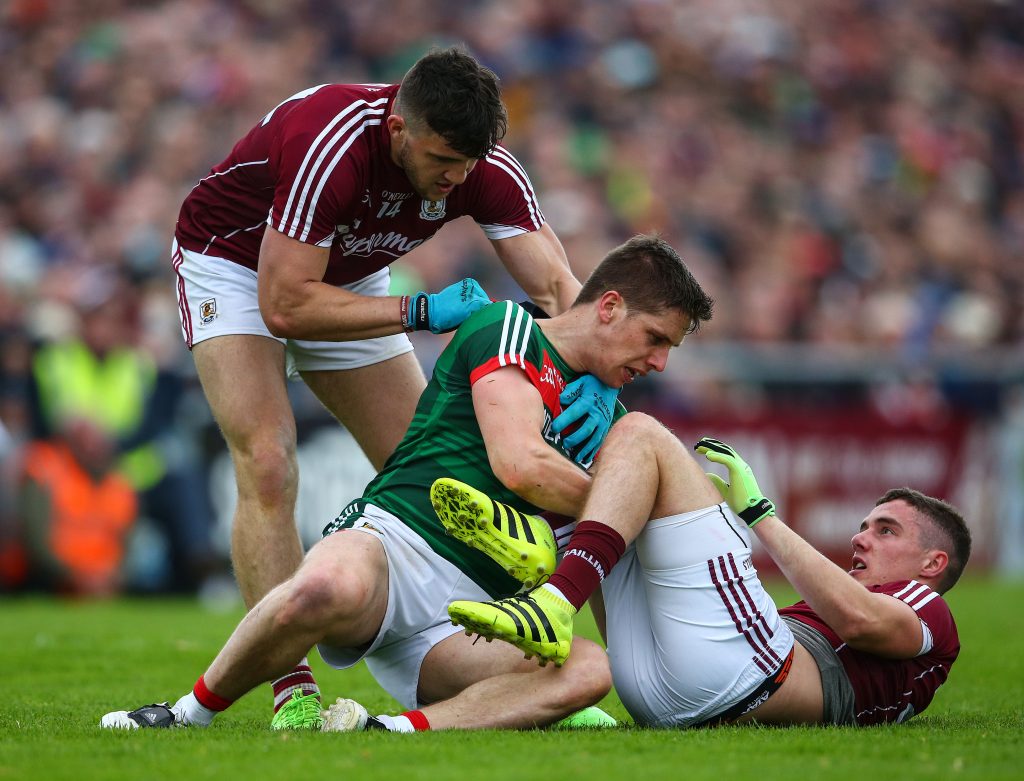 Mayo and Galway look set to lock horns with the resumption of the Allianz Football League in October. Nothing short of a victory for the Green and Red will suffice.

Hopes locally that the 2020 Allianz Football League campaign will not be completed, therefore securing Mayo’s place in Division 1 for another season, look set to be dashed.
With the GAA set to confirm tomorrow its fixture plan for the remainder of the year, sources are reporting that before playing the 2020 Provincial and All-Ireland football championships, which are likely to operate on a straight knockout basis, the final two rounds of the Allianz Football League will be concluded from mid-October. And that means that James Horan’s team will need to hit the ground running.
There remains league matches away to Galway and at home to Tyrone for Mayo to play, and nothing short of winning both would be likely to keep them in the top flight.
Lose to Galway, and if Donegal avoid defeat at home to Tyrone in the same round, then Mayo are relegated because the only team they may still be able to catch on points would be Monaghan – and in that instance Mayo’s head-to-head loss to the Farneymen would doom James Horan’s men.
Mayo’s only plausible route towards Division 1 survival runs through claiming maximum points from their final two games and even that still wouldn’t necessarily be enough if results elsewhere in Round 7 went against them. However, it would see Mayo finish on seven points and that tally has never not been enough to keep a team up in Division 1 since the leagues were restructured in 2008.
This is the 22nd consecutive season that Mayo have been considered a Division 1 team, a boast that no other county in the land can make, with even the likes of Kerry (1998/99) and Dublin (2007) each experiencing life in the second tier since Mayo’s inclusion in the top flight all the way back at the start of that 1998/99 season.
Regards the Championship, the Gaelic Players Association had called for the possibility of having an open draw format explored this year but according to RTÉ, the existing 2020 provincial championship draws will be implemented.