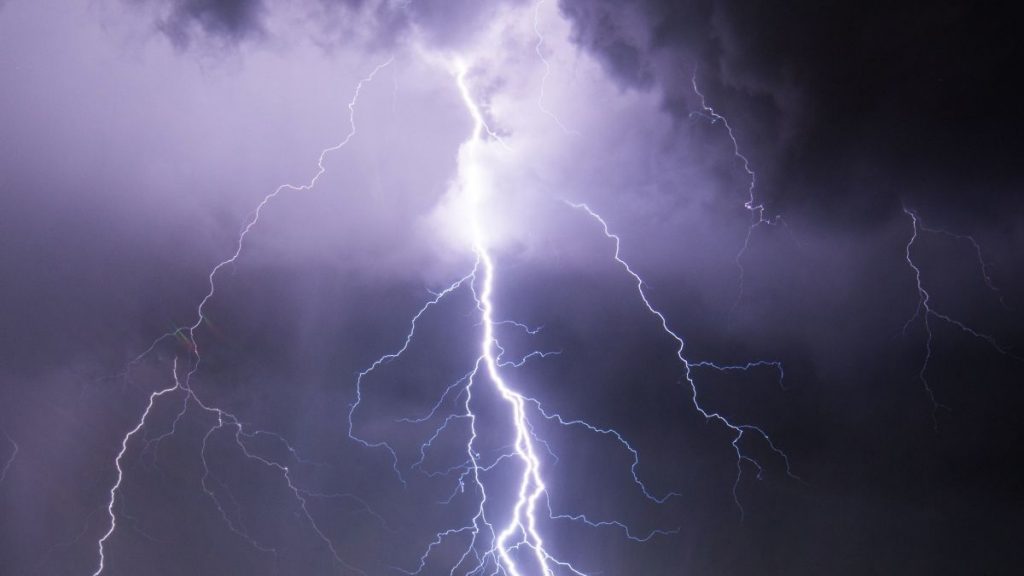 Met Eireann has issued a Status Yellow warning for the whole of Ireland as “thunder, heavy downpours, hail and flooding” may batter the country from tomorrow.

The warning was issued this afternoon at 1pm and is valid from 4pm on Thursday until 9am on Friday.

The weather experts said: “Heavy thunderstorms are expected to develop later on Thursday and Thursday night with some severe downpours, hail and spot flooding.”

But some parts of the country could escape the downpour.

“Due to the localised nature of thunderstorms some parts of the country will remain dry”, the forecaster added.

Met Eireann added: “The outlook for tomorrow, Thursday night, is for an ongoing risk of heavy showers with lightning. Winds will be mainly light northerly or variable becoming light westerly. Lowest temperatures of 11C to 14C.”

They said: “Whilst many places will be dry or see little rain, thunderstorms may cause flooding and disruption in a few places.”

The forecast for tomorrow for Connacht reads: “Warm with long sunny spells and highest temperatures reaching 20 to 23 degrees in light, variable or northerly winds. The warm and humid conditions will lead to showers developing during the afternoon and some heavy and thundery downpours are likely later in the day, with a risk of some spot flooding.”

Another weekend, another weather warning for Mayo

Storm warning for West has just been upgraded