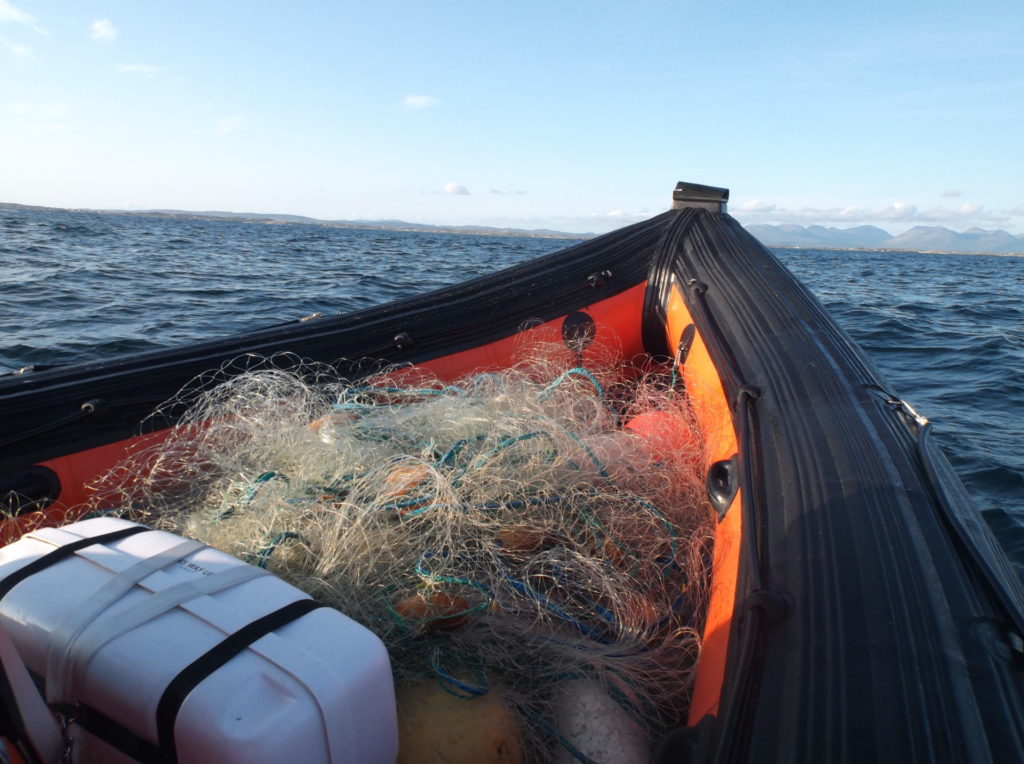 Some of the nets seized by fisheries officers in recent weeks.

There has been a dramatic rise in salmon poaching in Mayo since the outbreak of coronavirus.

The number of poaching incidents in the county has increased by up to 60%, according to Francis O’Donnell, a director of Inland Fisheries Ireland (IFI) based in Ballina, who said poachers pounced when they realised that the early onset of the outbreak saw a drop in the number of patrols of waterways.

“When Covid kicked in we realised very quickly that we had a problem in terms of having people on the ground in the early days of Covid-19. We had stopped most of our routine patrols, especially on spring salmon rivers in the North Mayo area, particularly around Bangor. After a period of time, through intel and information from members of the public and sources, we learned that poaching had increased to a significant level in the North Mayo area,” said Mr O’Donnell.

This prompted Mr O’Donnell to request that patrolling resume in high-risk poaching areas with officers abiding by social distancing measures with officers travelling in separate vehicles to scenes.

In the Bangor area alone, a significant amount of netting was discovered.

“An excessive amount for the time of the year. Most of it was down to Covid, I think people felt the fisheries officers wouldn’t be on the ground,” said the Fisheries Director.

“In the North Mayo area, it (poaching) would be up 50 or 60%. In that period from March to the end of May we would have had over a kilometre and a half of netting seized which is very significant,” Mr O’Donnell added.

A number of investigations into illegal activity are currently ongoing.

Mr O’Donnell said some sophisticated poachers are setting nets underwater making it more difficult for fisheries officers to detect. In Mayo, salmon and, in particular, spring salmon are what poachers are after with the Owenmore and Owenduff estuary and the Owenduff River among the hotspots. IFI is also reporting a large increase in illegal netting off the Mayo coast. 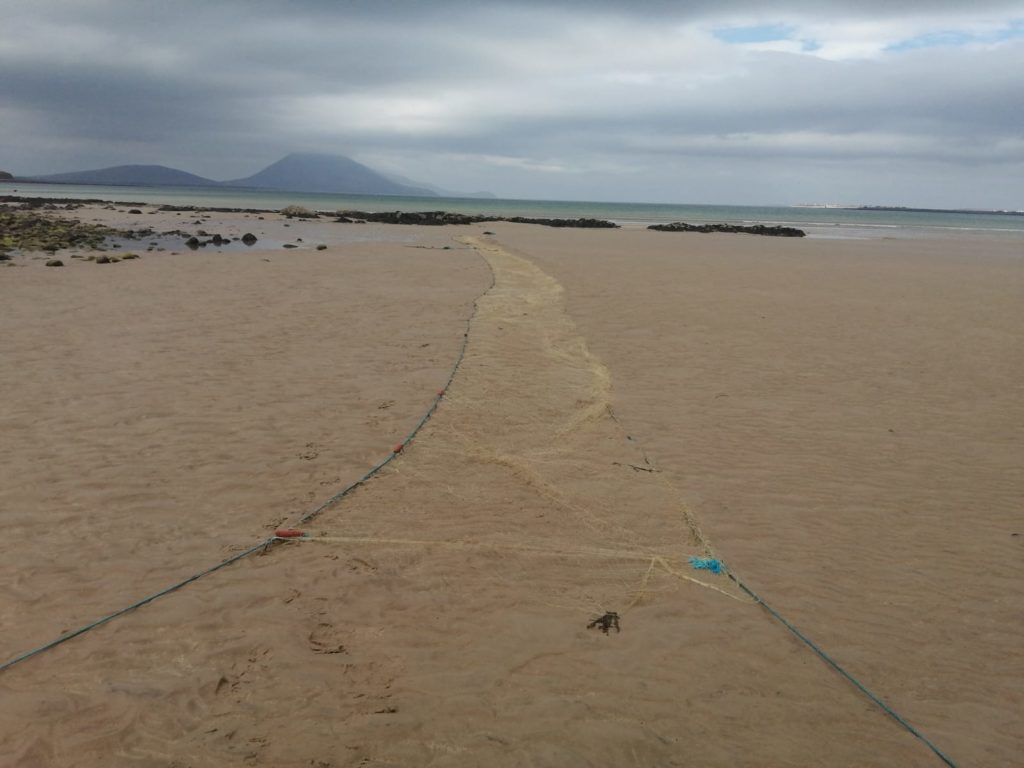 A length of net seized off the North Mayo shoreline.

Some of those engaged in the practice are driven by profit while for others poaching has been almost a tradition.

“It’s probably a mixture of the two in the sense that some people, those who are at it now, would have traditionally fished salmon in the past. Secondly, it can be very lucrative,” said Mr O’Donnell.

He said poaching has a detrimental impact on the fish population with the numbers of salmon dropping as well as harming angling tourism in the county. Mr O’Donnell said allowing salmon to spawn in our waters is ‘critical’ in ensuring we don’t see their extinction from local rivers.