Delight in Ballina as support ramps up for Fleadh bid 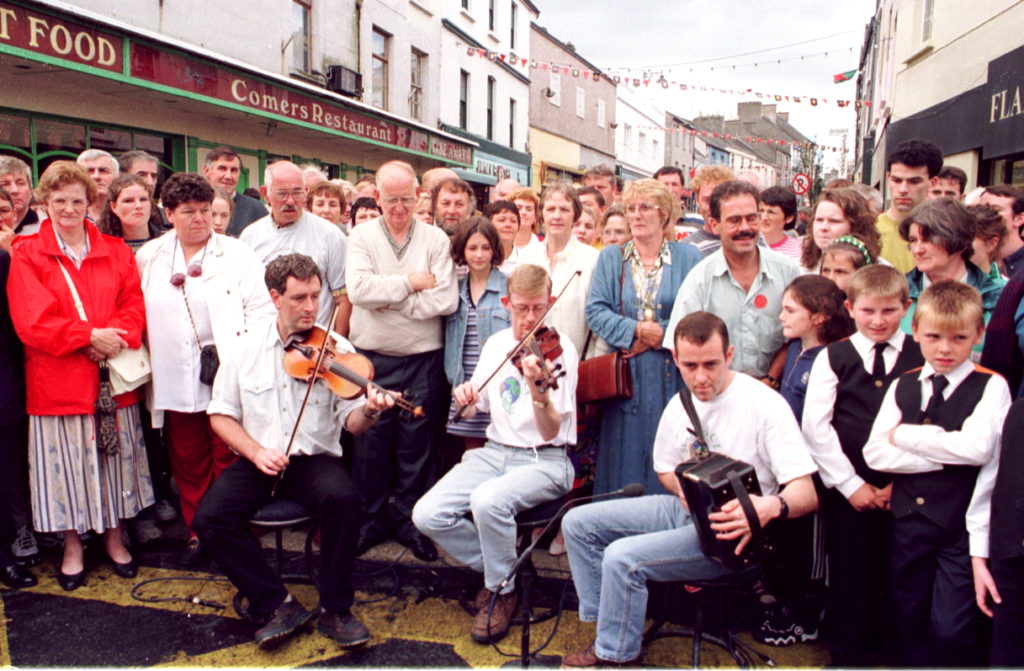 John McHugh (Foxford), Diarmuid Gielty (Achill) and Tommy Doherty (Foxford) enjoying a tune on the street at the All-Ireland Fleadh Cheoil held in Ballina in 1998.

A recent decision by Mayo Co Council to set aside funding to support the hosting of an All-Ireland Fleadh in Co Mayo has been welcomed by Ballina’s Moy Valley Branch of Comhaltas Ceoltoirí Éireann.

Moy Valley Comhaltas plans to apply to host it locally again in 2023 to coincide with Ballina’s 300th anniversary.

The branch has had numerous discussions about this proposal with the local authority and county development officer Neil Sheridan, according to branch PRO Eamonn Walsh.

Ballina Chamber of Commerce also supports the proposal while the local branch of the Vintners Association has been co-ordinating a collection towards the cost of staging the event in three years.

Members of Mayo Co Council recently supported a notice of motion from Westport-based Cllr Christy Hyland proposing that the local authority set aside funds to bring the All-Ireland Fleadh to Mayo in 2023.

Noting that the event has trebled in size in recent years, Mr Walsh said:

“The proposal by Mayo Co Council to set aside funding for an All-Ireland Fleadh in Mayo is a huge boost to any Fleadh application.”

He said it is essential that any host town would have professional support from its local authority in hosting the annual Fleadh Cheoil na hÉireann which now lasts 10 days and attracts over 400,000 people including many members of international branches of Comhaltas Ceoltoirí Éireann in countries all over Europe as well as the USA, China, Brazil and more.

Staging the event costs about €1.3m but it generates an economic boost in the region of €40m for the economy of the host town with highly valuable publicity generated from media coverage including the likes of the associated RTÉ TV series.