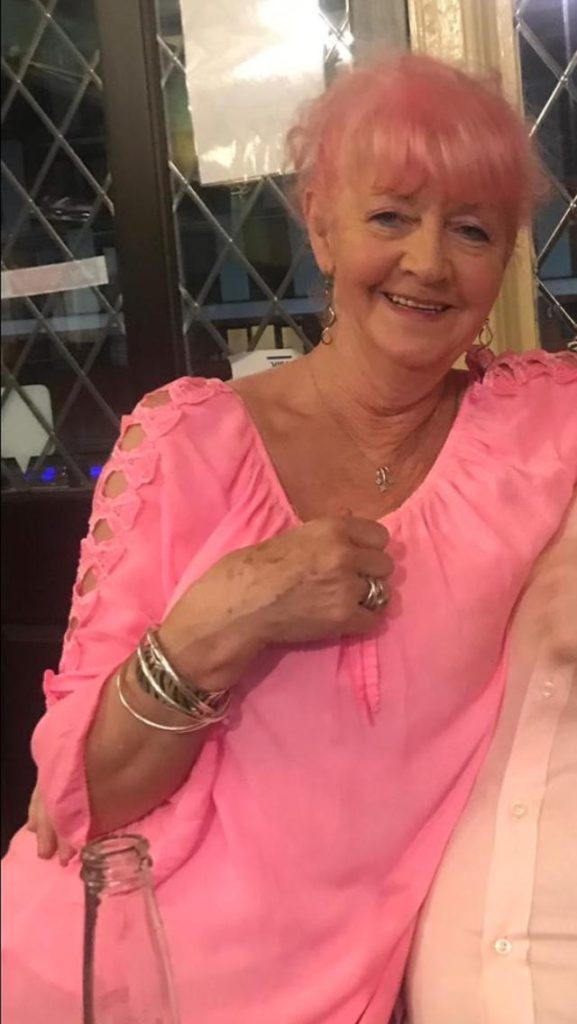 Mayo native Angela Flanagan who has fought off the coronavirus twice since March. Picture courtesy of The Irish Post/Angela Flanagan

A Mayo woman who turned 70 just five days ago has had double the reason to celebrate when revealing that she recovered from the Covid-19 infection not once but twice.
Angela Flanagan, who was born in Castlebar and raised in Ballindine, has spent the past 50 years in the UK. And now she has opened up on how the coronavirus struck her separately in March and May and how she credits manuka honey for much of her remarkable recovery.
Ms Flanagan, who has six children, thirteen grandchildren and two great-grandchildren, explained to the Irish Post’s Fiona Audley about how she first succumbed to the virus around St Patrick’s Day.

“None of my family thought I would survive if I caught it and I was very worried about that too,” said Angela who has had a lifelong struggle with asthma.
“It started with a sore throat, but as the first night went on my throat was on fire – I thought oh God I’m in for a chest infection. But then I was bringing up lots of mucus and then I had an asthma attack.
“My daughter was going to call the ambulance, but I said no, leave it.
“I just took my manuka honey, my son got me some which was very high strength, and about two hours later I took it again. I kept taking regular doses,” she explained.
Up until about 30 months ago, Ms Flanagan, who lives in lives in Eltham, south-east London, said she used to end up in hospital every month on a nebuliser due to asthma attacks before hearing about the potential benefits of manuka honey, which she had taken ever since without as much as having to visit a doctor. But the virus got worse as the night went on.
“I had fits of coughing, I had the headaches, I had the shakes, I lost control of my bladder, I was going to the toilet through the night, every hour, which never happens to me.”
Describing to the Irish Post that the worst of the infection lasted for three nights, Angela was unable to get herself tested but followed the advice to self-isolate. It took a full three weeks before she felt back to normal. 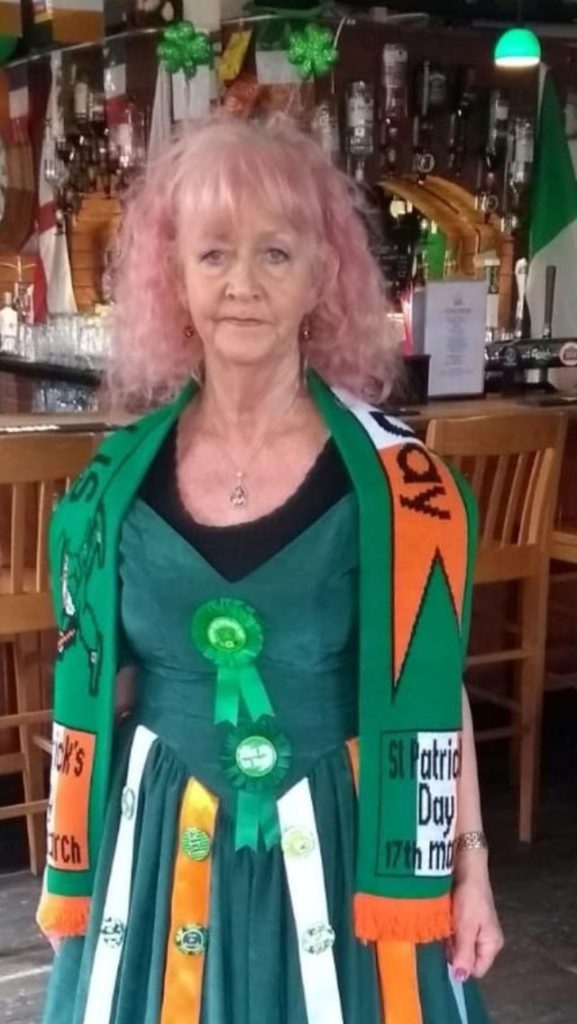 Angela Flanagan could sense she was not feeling well on St Patrick’s Day earlier this year. Picture courtesy of The Irish Post/Angela Flanagan

“I was back to feeling fine, then in May I started to get the headaches back, I lost control of my bladder again and I thought I have got it back – I had much milder symptoms, but it was still just as scary.
“So, I had the test and even though I knew what was happening, I was still so shocked when I got the positive result, it’s a scary thing. But I do think having the manuka honey and the healthy diet I have has helped me.
“I am back to normal and am out and about shopping. I’m not worried at all now about getting back out there. Mine is a positive story really. I was very lucky.”