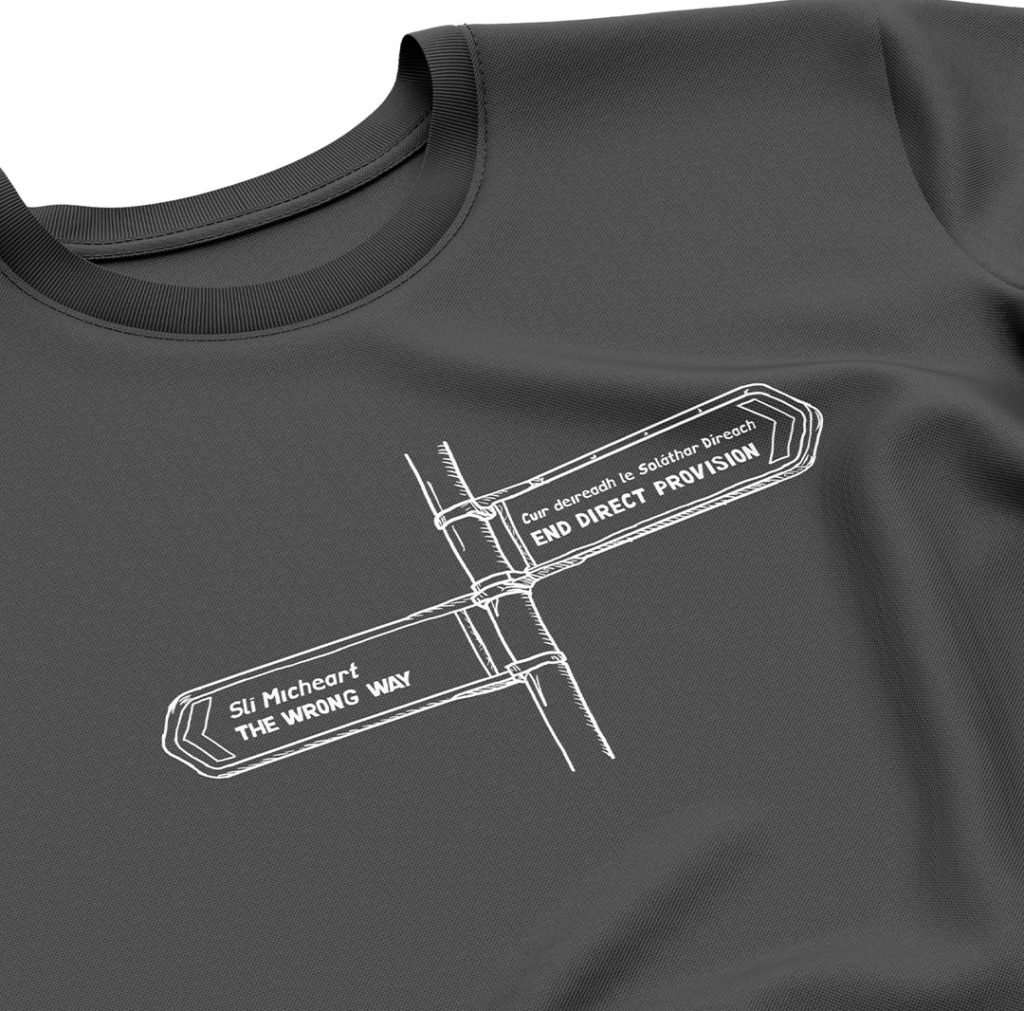 A student from North Mayo is using his product design skills to make a political statement in relation to Ireland’s system of direct provision for asylum seekers.

Derry Quinn (20) who is a son of Denis Quinn and Una Morris from the Cooneal area of Ballina is currently studying product design at TU Dublin.

While the four-year course pertains to all areas of design, Derry has a particular interest in designing clothing and footwear.

He has been designing t-shirts and other garments as a hobby for the last 10 years and is interested in employing his artistic skills in relation to some of his other areas of interest which include sports and politics.

In relation to the latter, using design to help people by supporting a particular message has particular appeal.

Having spent the last view months back home in Cooneal as a result of the Covid-19 lockdown, Derry decided to test his designs on the market and has designed the direct provision t-shirt.

A supporter of the campaign to end direct provision — which has grown in prominence in recent weeks — Derry chose to highlight that issue in his first commercial t-shirt design.

It is made from grey Earth Positive organic cotton and features a sketch (in white) of a bi-lingual signpost offering a choice between ending direct provision or going in the wrong way.

The t-shirt can be bought at everpress.com/end-dp for a very reasonable €19.16 with 20% of the proceeds going to the Movement of Asylum Seekers in Ireland (Masi).