Mayo clubs show their colours in honour of Colm 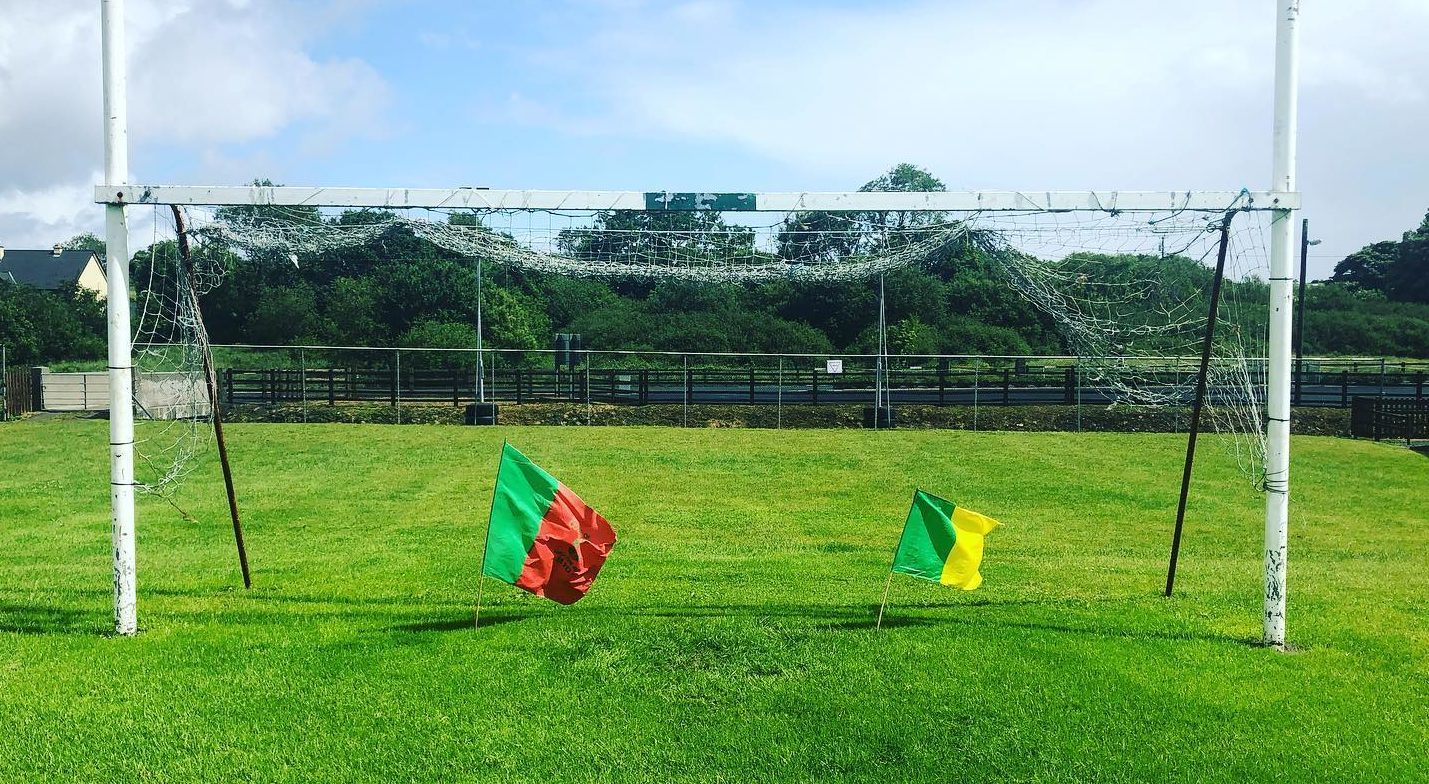 Kilmovee Shamrocks flew their club and county colours today in memory of Detective Garda Colm Horkan, a member of the neighbouring Charlestown Sarsfields.

GAA clubs around Mayo flew their club and county colours at half-mast today as a mark of respect to Detective Garda Colm Horkan, whose funeral was held in his native Charlestown at 12 noon.

Detective Garda Horkan was a former player and lifelong supporter of Charlestown Sarsfields and clubs around the county made the gesture in a show of support for the Horkan family, the Sarsfields and An Garda Siochána. 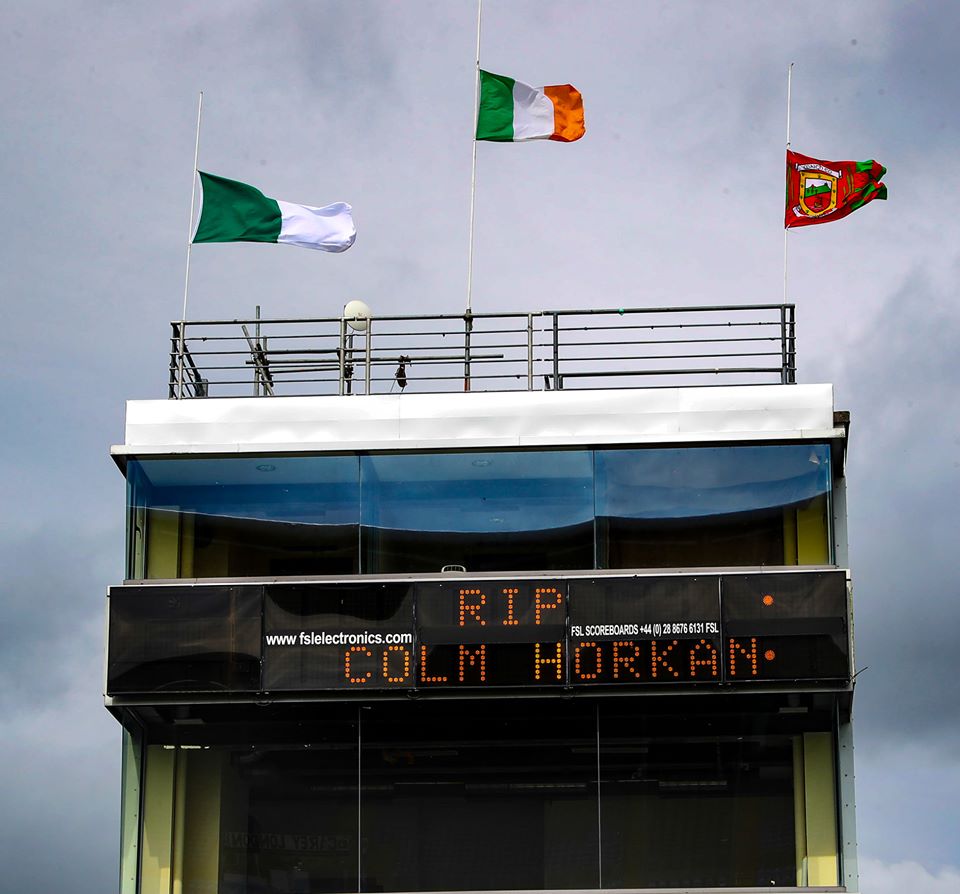 The flags of Charlestown, Mayo and Ireland were flown at half-mast at MacHale Park.

A minute’s silence was also observed at Garda stations up and down the country at 12 noon as Detective Garda Horkan’s state funeral was commencing in St James’ Church. The funeral, which was attended by Minister for Justice Charlie Flanagan and Garda Commissioner Drew Harris, was also broadcast live on radio, online and on RTE News Now.

It was also live-streamed on a big-screen at the nearby Fr O’Hara Park, the home of the Stephenites, where a crowd of several hundred gathered to watch the ceremony.

An Taoiseach Leo Varadkar attended a minute’s silence at the Garda Headquarters in the Phoenix Park at 12 noon, while nearby at Áras an Uactarán, the tricolour was flown at half-mast as President Michael D Higgins rang the Peace Bell in memory of the 49-year-old Detective GArda Horkan, who was killed while on duty in Castlerea on Wednesday evening. 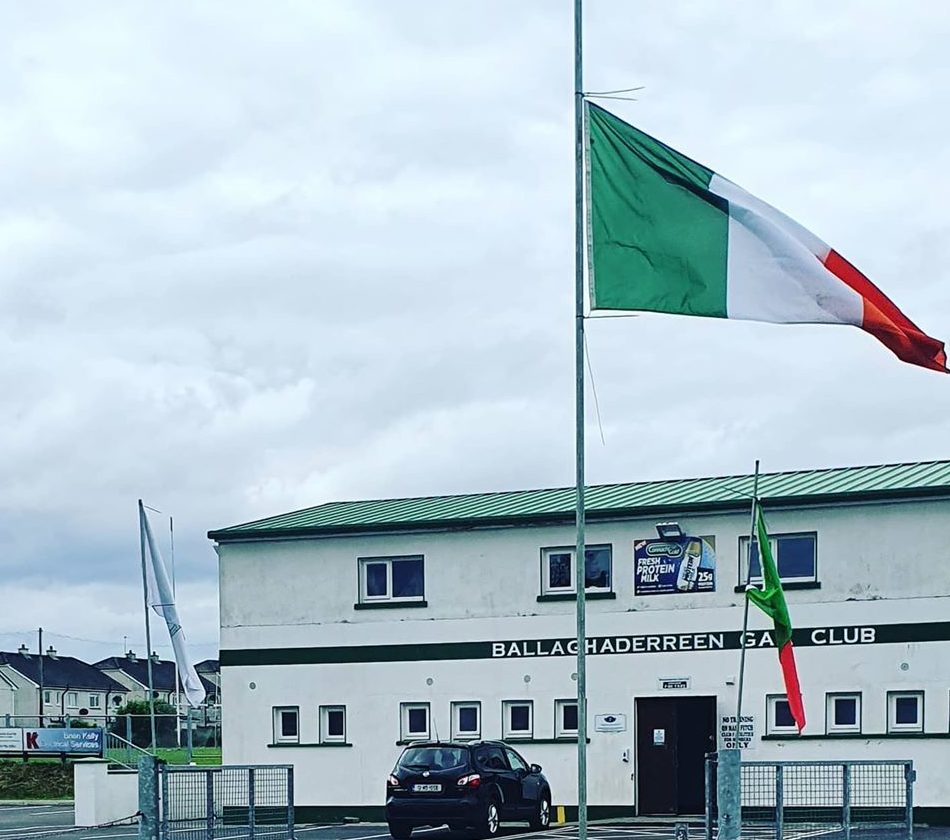 The tricolour at half-mast at Ballaghaderreen GAA Club.

His funeral heard that Detective Garda Horkan was “one of nature’s gentlemen” who “touched the lives of so many.”