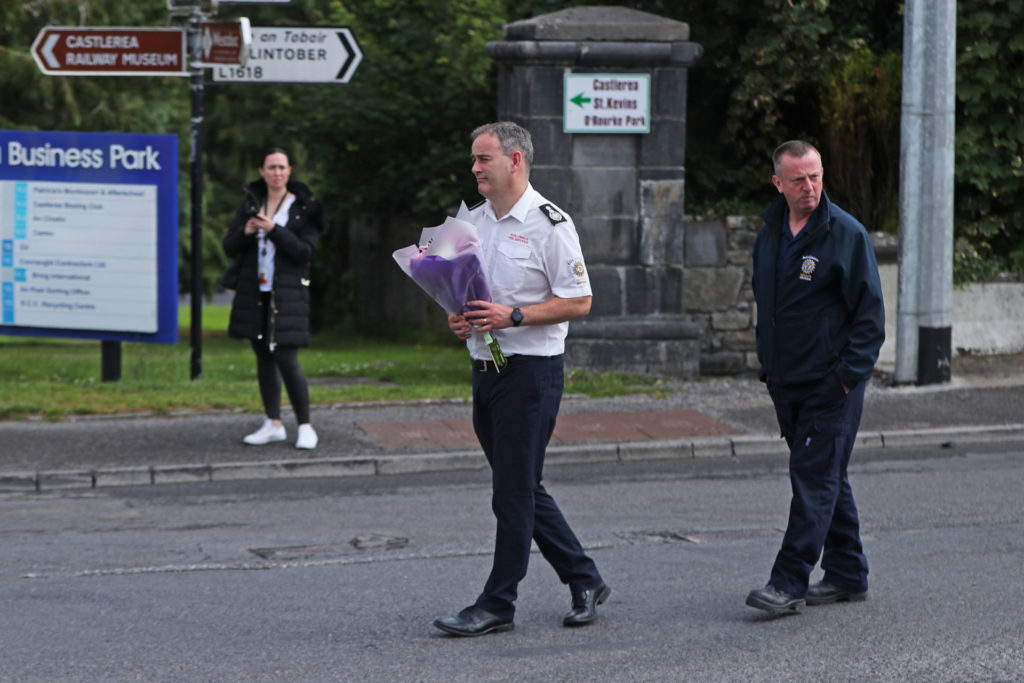 Members of the fire service carry flowers to the scene in Castlerea, where Detective Garda Colm Horkan died after being shot on Wednesday night. Picture: Niall Carson/PA Wire

Retired Garda Sergeant John Hynes, who led the ‘House of Horrors’ child abuse investigation in Roscommon, paid an emotional tribute to Det Garda Colm Horkan last Thursday afternoon. Speaking from the “bottom of his heart” on RTÉ’s Liveline, Mr Hynes described the late Charlestown native as like part of his family.
“He was my right-hand man at work and one of the best friends that I ever had,” he said, adding that Detective Garda Horkan had been like an uncle to his children.
Mr Hynes first met the late Detective Horkan in January 1999 when he joined his unit in Castlerea, having spent his first four years in the force in Finglas. He worked with Mr Hynes on numerous cases, including the infamous House of Horrors investigation.
“From the get-go Colm was the most reliable guy you could get,” he said. “He was an absolute rock of integrity, of sense. Sense is one thing that every police man and woman should have in abundance.
“He was a true professional in the job. His attention to detail in every aspect of the job was absolutely exemplary. I could always rely on him, and he was really and truly one of nature’s gentlemen,” Mr Hynes said. 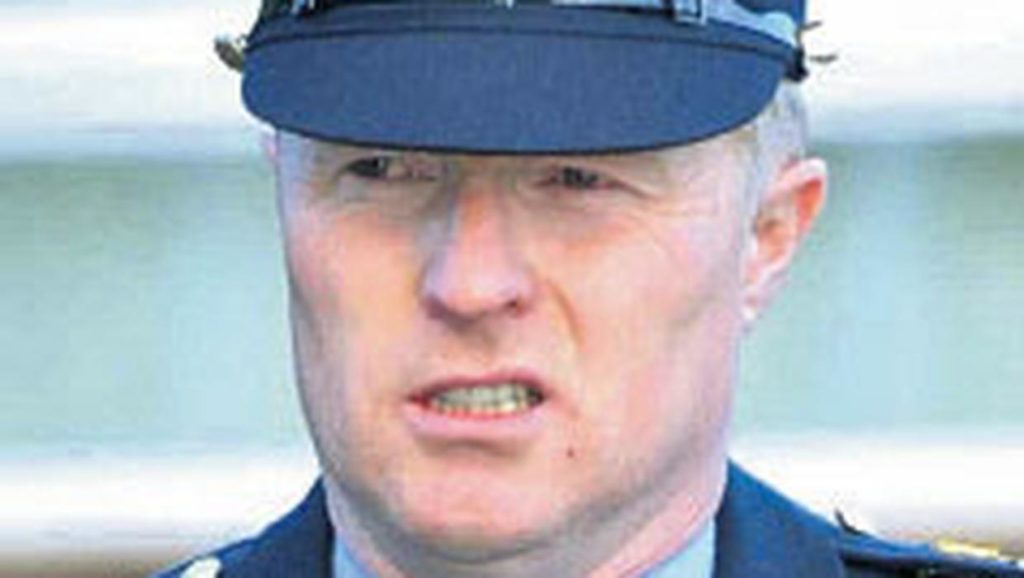 Mr Hynes said that Detective Horkan “would leave no stone unturned to get justice for victims”.
“Anything he did, he did very very well. One of those good all rounders. He was a great footballer,” said Mr Hynes. “He was truly the epitome of what it means to be a guard in contemporary society.”
Detective Garda Horkan was loved by everyone and was a man who stood out as “one in a million in his community”.
“Whatever happened last night, we don’t know and we probably won’t know for a long time. It’ll probably come out at a later stage,” said Mr Hynes. “But having worked with him, he had a sense of calm about him when confronting a dangerous situation. He was one of those guys that would bring calm, talk the person down. It would end the way you would want it to end. He just had that quality.”
He said Det Horkan could talk people down and was an exemplary garda. and he was one of nature’s true gentlemen.
Mr Hynes said he was awoken at 1.45am from a garda colleague who informed him of what had happened.
“I wasn’t sure if it was that he was critically injured or fatally injured at that stage. But I found out very early this morning that he had passed away.”
He said his own children are “absolutely heartbroken” as they knew him well and they had unbelievable “respect, love and affection for him”.
“It’s heartbreaking,” he said fighting back tears.
He said he had called to the Horkan family and they were “shattered” by the death of Colm.
“He left the house yesterday at approximately 2 o’clock. He watched some racing live on television with his dad. He said goodbye to his dad and he went off to work. That’s the last memory his poor dad is going to have of him.”