Tributes pour in for slain detective as Gardaí appeal for witnesses 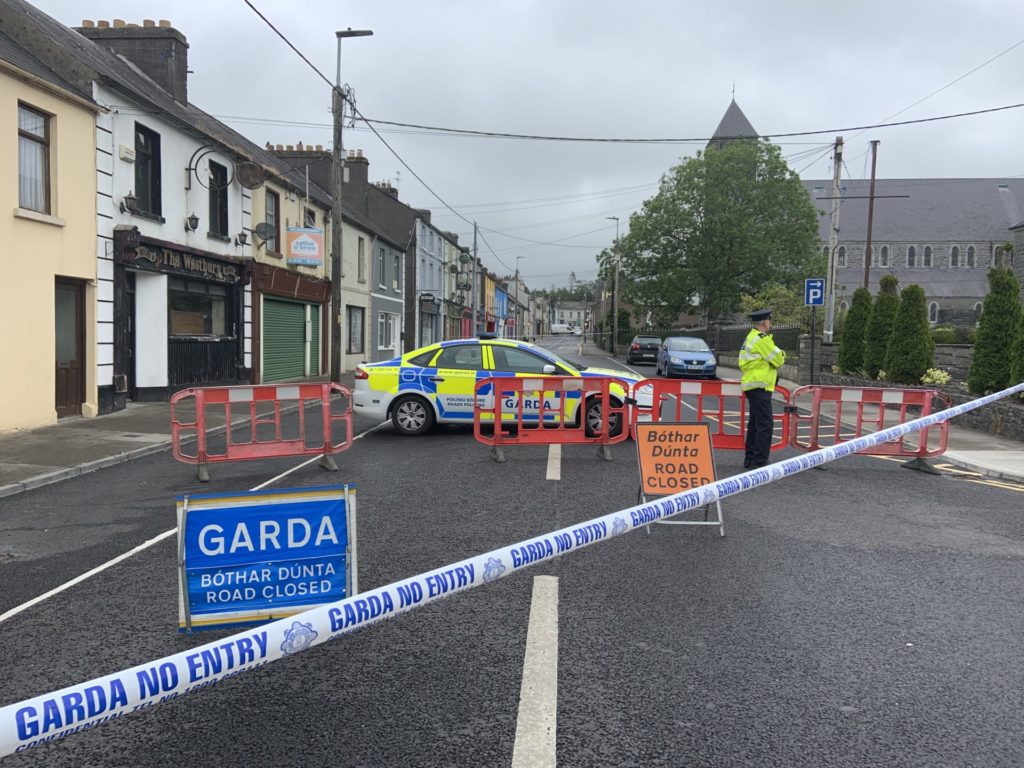 The scene at the junction of Patrick Street and Main Street, Castlerea remains sealed off.

Tributes have been paid this morning to Detective Garda Colm Horkan who was killed in a shooting in Castlerea, Co. Roscommon overnight.
The Charlestown native was on duty when fatally wounded during an incident in the town shortly before midnight.
Both President Michael D Higgins and Taoiseach Leo Varadkar have expressed their condolences to the detective’s family and colleagues.
Mayo TD and deputy Fianna Fáil leader Dara Calleary has also extended his deepest sympathies.
“I am deeply shocked to hear of the brutal killing of a serving member of An Garda Síochana in Castlerea overnight. My thoughts are with Colm’s family, friends, colleagues, the wider Garda Síochana family and the community of Charlestown of which Colm was such a proud and active member,” said Deputy Calleary.
“I condemn in the strongest terms possible any attack on members of the Gardaí who each day go out to work with the sole aim of keeping us safe.
“Our Gardaí walk with us on our darkest days and we walk with them today as they mourn their colleague.” 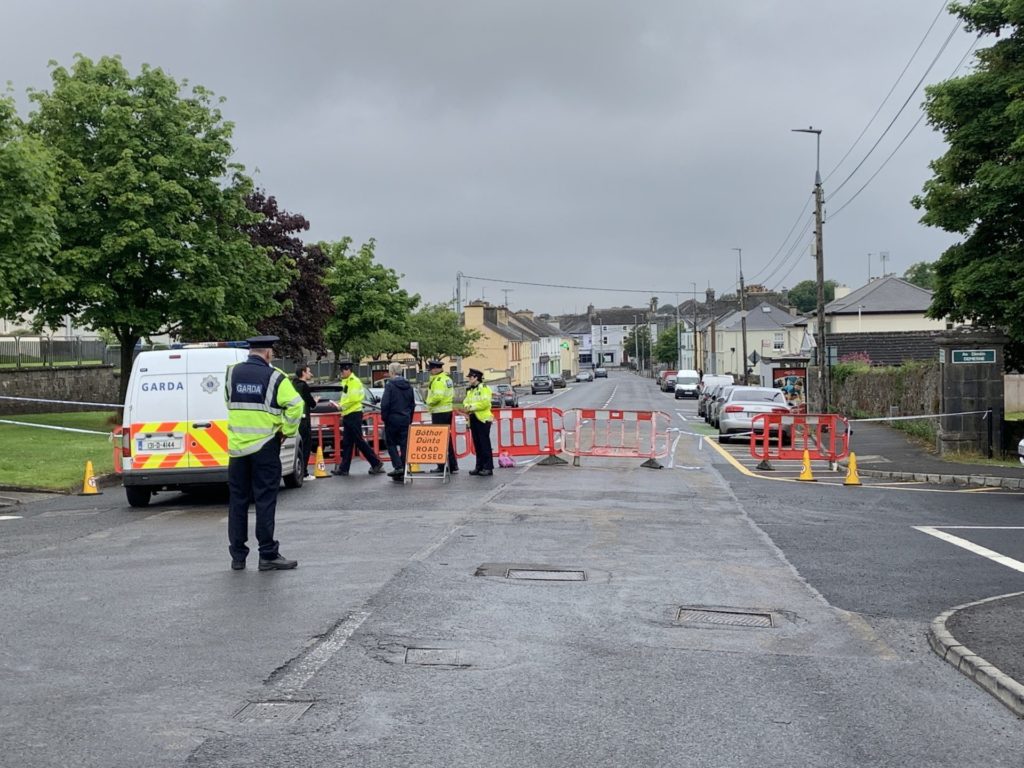 Gardaí are appealing for witnesses or anyone with any information

Local councillor Gerry Murray said Charlestown has been left ‘numb’ by the tragic news.
“It’s just shocking and desperate news. The whole area is numb. It’s devastating that such a popular member of the community has died in such terrible circumstances,” said the Sinn Féin councillor.
Detective Horkan’s father Martin and his brothers and sister all live in the local area. Cllr Murray said the Horkans are an integral part of the community.
“The family are here for generations. They are an incredibly well-liked part of the community. Martin would have been in business here all his life in Charlestown. He had a pub and subsequently a taxi business. They would be one of the leading and most prominent families in the community.”

Speaking at Castlebar District Court this morning, President of the Mayo Solicitors Bar Association, Dermot Morahan extended sympathy to Det Gda Horkan’s family on his tragic death overnight. “As his colleagues know, he was only promoted to Detective three weeks ago. He was held in very high regard by his colleagues and practitioners.”
Insp Naomi DeRis said the events overnight came as a dreadful shock to everyone in the force. She noted he will be missed by his colleagues and the community.
Just Fiona Lydon noted Det Gda Horkan hailed from Mayo and said: “It is tragic that a detective lost his precious life in the execution of his duties to protect the people and society. This is a tragic day for the state.”
She extended her sympathy to the Horkan family, his colleagues and communities in Roscommon and Mayo. 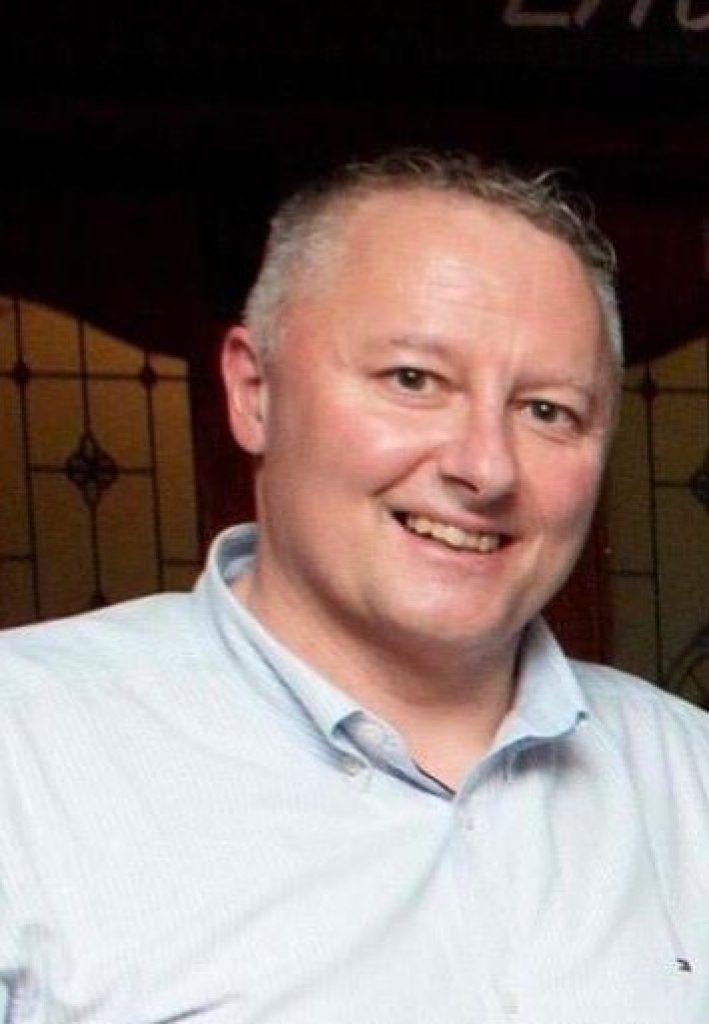 The Minister for Justice Charlie Flanagan has said he is deeply shocked and saddened at the shooting of a Garda member and that a full murder investigation is underway.
“The brave Detective Garda who died last night died in the line of duty, serving and protecting the community,” he said. “His death will cause untold heartbreak to his family, loved ones and all his colleagues in An Garda Síochána across the whole country. It is also a loss to wider Irish society. His heroism and the debt of gratitude which we owe to him and his family will never be forgotten.”
Gardaí are appealing for witnesses or anyone with any information following the fatal shooting of Detective Garda Colm Horkan, in particular to anyone who was in the Castlerea Town Centre area between 11pm on 12:30am last night or any road users who may have dashcam footage.

The Detective Garda’s body has been removed from the scene to Mayo University Hospital in Castlebar where a post mortem is due to take place later today by the State Pathologist. The scene at the junction of Patrick Street and Main Street, Castlerea remains sealed off pending a forensic examination by the Garda Technical Bureau.
A man, aged in his 40s, was arrested at the scene and remains detained at Castlerea Garda Station.