Fire fighters from Sligo, Mayo and elsewhere had a lucky escape whilst recently engaged in battling gorse and forest fires in the vicinity of Culleens on the N59 in west Sligo. 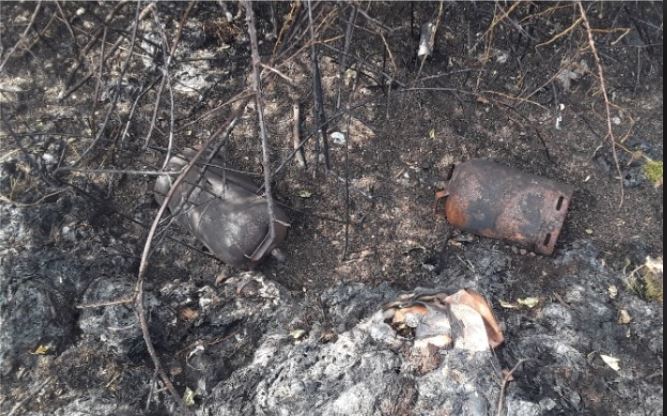 Sligo Co Council has just revealed that gas cylinders were found dumped in undergrowth in the vicinity of the blazes that occurred two weeks ago by fire personnel attending the scene.

The local authority condemned those responsible for the reckless and irresponsible dumping, noting that fire fighters could have been seriously injured had any of the cylinders overheated and exploded during the course of the fires.

“Much of the waste dumped in our woods and countryside is recyclable and these cylinders could have been returned for free,” the council stated and appealed to anyone that observes or suspects illegal dumping in their area to report it to the local authority.