Stories of yesteryear as told by children in souvenir magazine 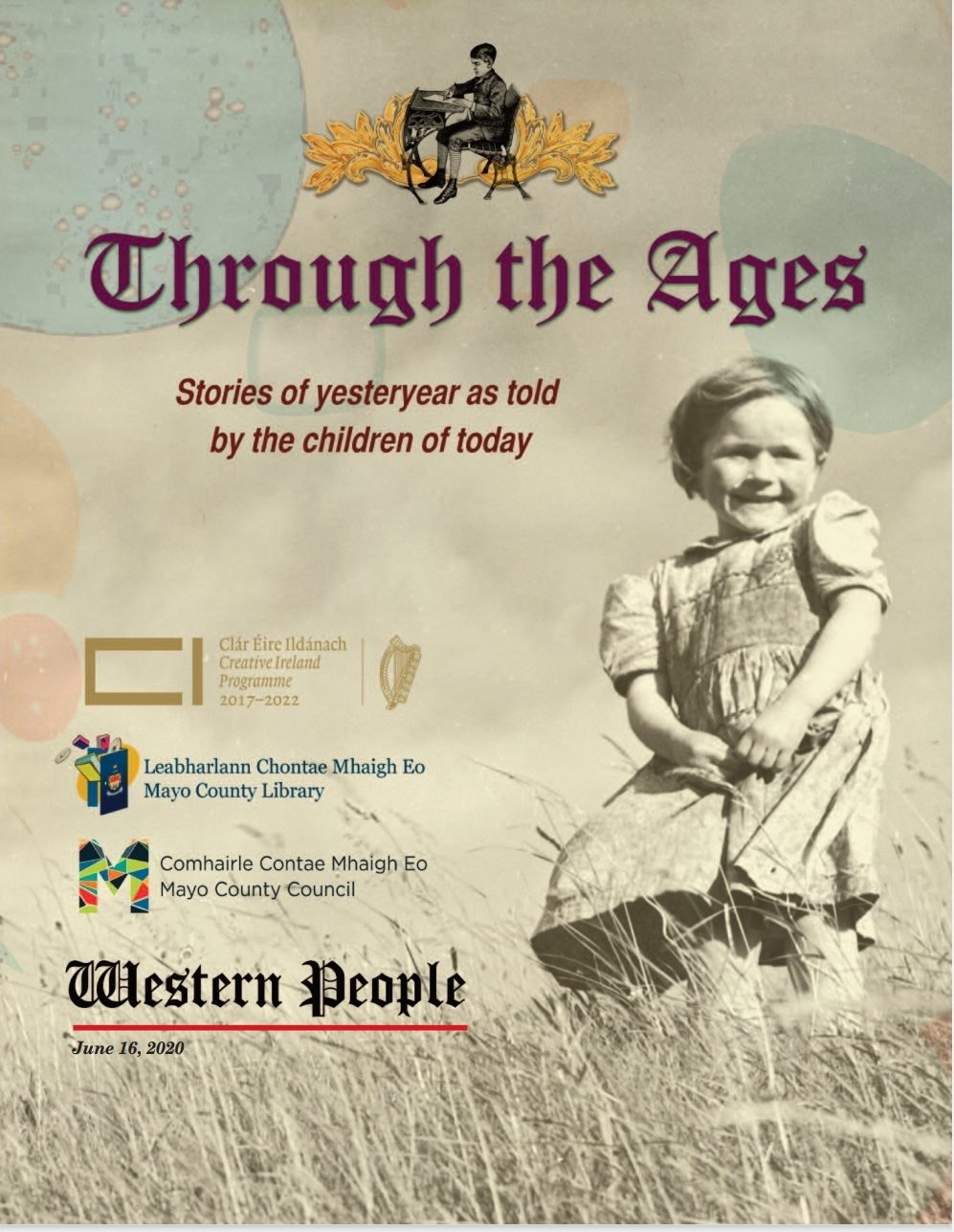 The cover of Through the Ages, a special souvenir magazine included in this Tuesday’s Western People.

Included in today’s edition of the Western People is a souvenir magazine, Through the Ages, which has been written entirely by the youngest team of journalists in the newspaper’s 137-year history. The free 48-page magazine is the fruit of the Through the Ages Project, launched by the Western People, Mayo County Council and Creative Ireland on Mayo Day 2020, which asked schoolchildren from around the county to conduct remote interviews with their grandparents who were cocooning in lockdown and to ask them for their memories of life when they were children.

The response to the project was remarkable, and upon seeing the variety and quality of the articles submitted by the young reporters, it was decided to compile the reports into a special souvenir magazine.

The magazine will transport readers back over 60, 70 and even 80 years, to a time with no internet, no television and very few of the luxuries we take for granted today. It is a look back into a world where children were expected to create their own entertainment in the natural world around them.

We in the Western have been taken aback by the entertaining, colorful, honest and sometimes moving writing of the young contributors to the magazine; their work has been included unedited and unabridged to allow the voices of both the authors and their grandparents to be heard loud and clear.

The Through the Ages Project has been a collaborative effort and would not have been possible without the support of Austin Vaughan and Darina Molloy and the Mayo County Library, Mayo County Council Director of Communications Martina Hughes and everyone at www.mayo.ie and designer Laura Lynch, who has done a fantastic job in bringing each page to life with an imaginative and creative layout.

The result is the perfect souvenir for these remarkable times, a time capsule for a time that will never be forgotten. Be sure to pick up an edition of the Western People todayto get your copy, or visit https://westernpeople.ie/ to subscribe to our digital edition.