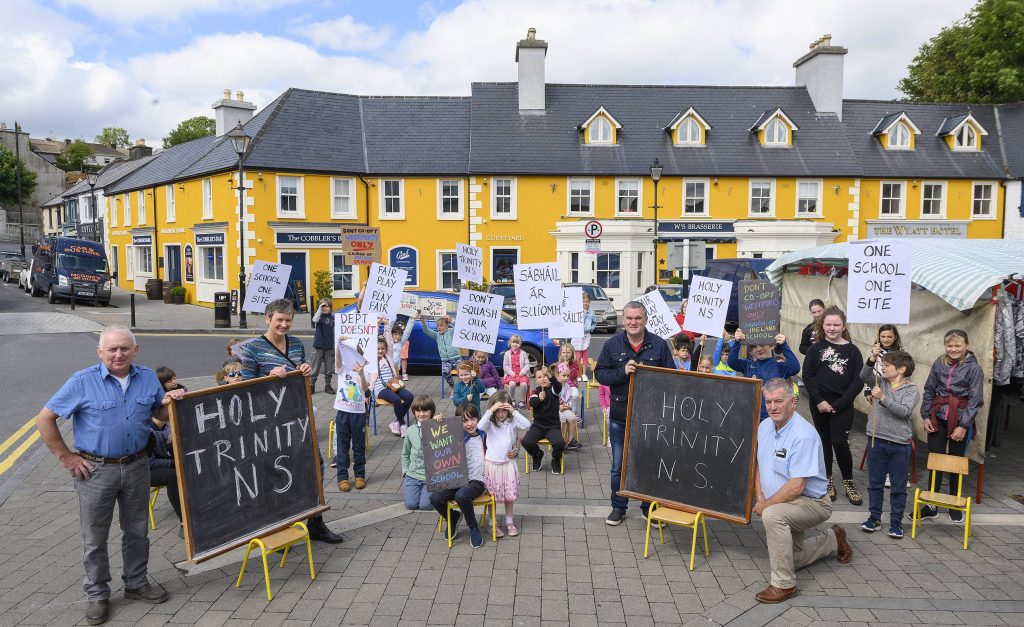 A Westport National School has made an impassioned ‘SOS-Save Our Site’ plea.

There was a public protest in Westport last week organised by Holy Trinity National School.

The primary school says the Department of Education is ‘attempting to shoehorn’ a second Educate Together national school onto the new school site secured by and for Holy Trinity.

The school says the site is too small for two schools and the move is inappropriate in the extreme.

Local councillors have previously highlighted the issue with the Old Scoil Phadraig site on Altamount Street the site in question.

Councillors argue that the site is not suitable for two schools.

Fianna Fail councillor Brendan Mulroy said the two schools should not be ‘pitted against each other.’

“The Department is trying to put two schools on the one site which is very unfair to both schools. Holy Trinity were given the understanding from the Department that they were going to get that site. The site is just about big enough for one school. So now they are going to put two schools in there. That’s their plan. And all they are doing is pitting both school communities against each other which is very unfair,” Cllr Mulroy told the Western People.