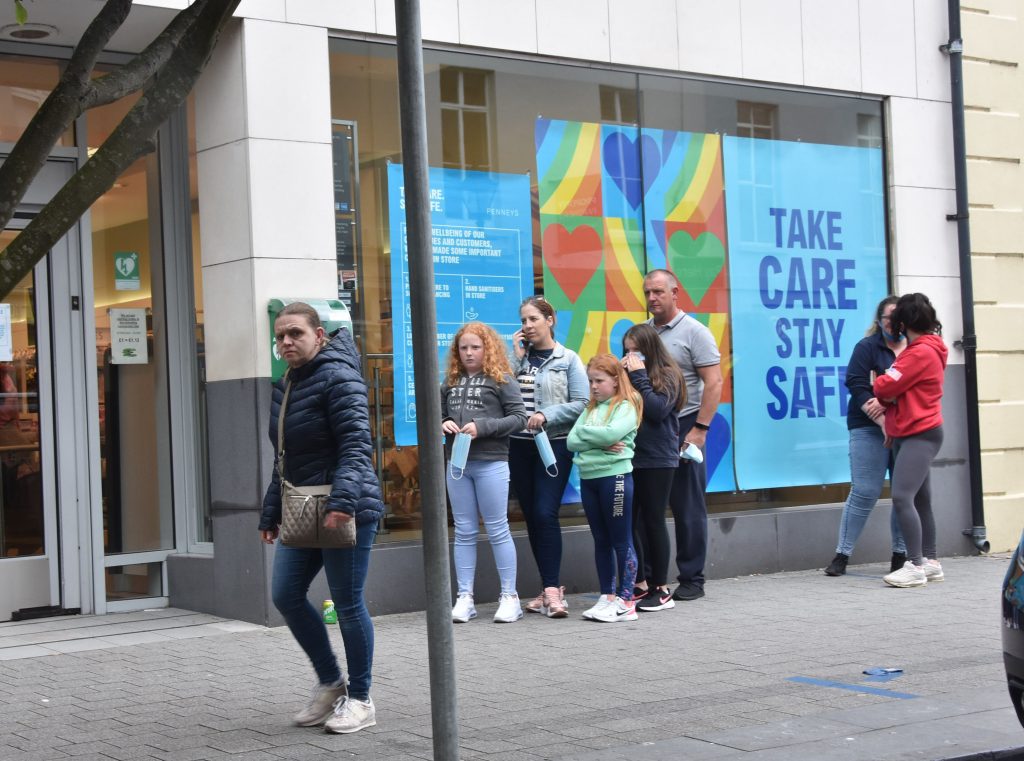 As more Mayo businesses reopened their doors last week, many were reporting a vibrant return to trading.

“We had our busiest week in about 10 years,” said Michael Gallagher who owns Cortoon Furniture in Killala.

“We are very happy with the first week back. It went an awful lot better than I thought. There must have been a lot of built-up demand,” he added.

Customers were keen to splash out on new furniture after carrying out painting and decorating at home during weeks of lockdown. The store saw beds and mattresses in particular flying out the door.

“It was amazing, I got a container of mattresses in on Monday and I was sold out of them by Friday,” said Mr Gallagher.

Pat Tighe who runs the Tile Superstores in Ballina also had a busy few days with demand for products for the home.

“It was a positive week back. People seemed to be catching up on projects that were planned back in March,” he said.

While most customers behaved responsibly in his store, others ‘seemed to have forgotten’ the protocols and guidelines that need to be abided by, he said.

“People forget and they’ll take the mobile phone and say to you, ‘Can you get me this?’ and you are near enough hugging them,” said Mr Tighe.

Oliver Murphy who runs Oliver’s Menswear in Ballina said retailers are delighted to be able to open again.

“It was great just to get the doors open and put on your suit again and meet people,” said Mr Murphy.

“There may be no weddings or confirmations these days but there is always someone looking for a shirt, t-shirt, or trousers,” he added.

He said a buzz returned to the town at the weekend.

“It was busier on Friday and Saturday. It was great to see Penney’s open which brought a lot of people to town.

“It’s getting back to some normality but it will take a while,” Mr Murphy commented.

Oliver Rouse, of Rouse’s Jewellers on Pearse Street in Ballina, said it was almost ‘surreal’ opening the shop again.

“It was a whole new learning curve for the business, staff, and customers,” said Mr Rouse.

“I wouldn’t say we were run off our feet but it was a nice introduction in getting back to business,” he remarked.